NGC 6070 is a multi-arm spiral galaxy whose arms start far from the core. It has a bright core surrounded by many star clusters that merge into a pseudo-ring at my resolution but show as separate clusters in high-resolution images. Then there\'s a rather featureless red region with the blue arms starting beyond the red disk. There is a hint of one arm in this region, however. http://kudzu.astr.ua.edu/gvatlas/scd/ngc6070.html

The SA(r)cd galaxy is about 100 million light-years distant and located in southeastern Serpens Caput. The 6.7 magnitude HD 145204 made it a pain to process as it, plus high humidity (light fog) and strong airglow caused a nasty gradient across the entire frame. Low transparency from high humidity and strong airglow reduced my limiting magnitude by about 1.5 magnitudes so this one doesn\'t go as deep as usual but seeing was better than most nights this May so I took what the night gave me. The galaxy is sometimes called NGC 6070A with others labeled B and C but the scheme for this varies with who you look to. For the annotated image I used NED\'s nomenclature. While NED has NGC 6070C NED02 when I asked for NGC 6070C NED01 it said it had no such object! Others call it NGC 6070B and what NED calls NGC 6070B NED 02 as NGC 6070A. For even more confusion on naming these see: http://freescruz.com/~4cygni/astro-app/essays/NGC6070-update.htm Have plenty of aspirin handy or better yet a bottle of Jack Daniels.

NGC 6070 was discovered by William Herschel on September 18, 1786. It is in the second Herschel 400 observing list from the Astronomical League and a rather photogenic spiral that\'s little imaged. That gave me enough to put it on my to-do list.

After having so many fields in which even the very faint galaxies were listed in some catalog with a short designation I seem to be out of that region of the sky. Nearly all the galaxies and quasars in this image had only designations that were their sky coordinates out to many decimal places making them too long for labeling. I had to go back to my old system of listing these simply as G or Q for Galaxy or Quasar. Some galaxies I\'d have liked to have redshift data didn\'t. I\'ve labeled all that did and skipped those that didn\'t even if \"big and bright\", or large, faint and fuzzy. 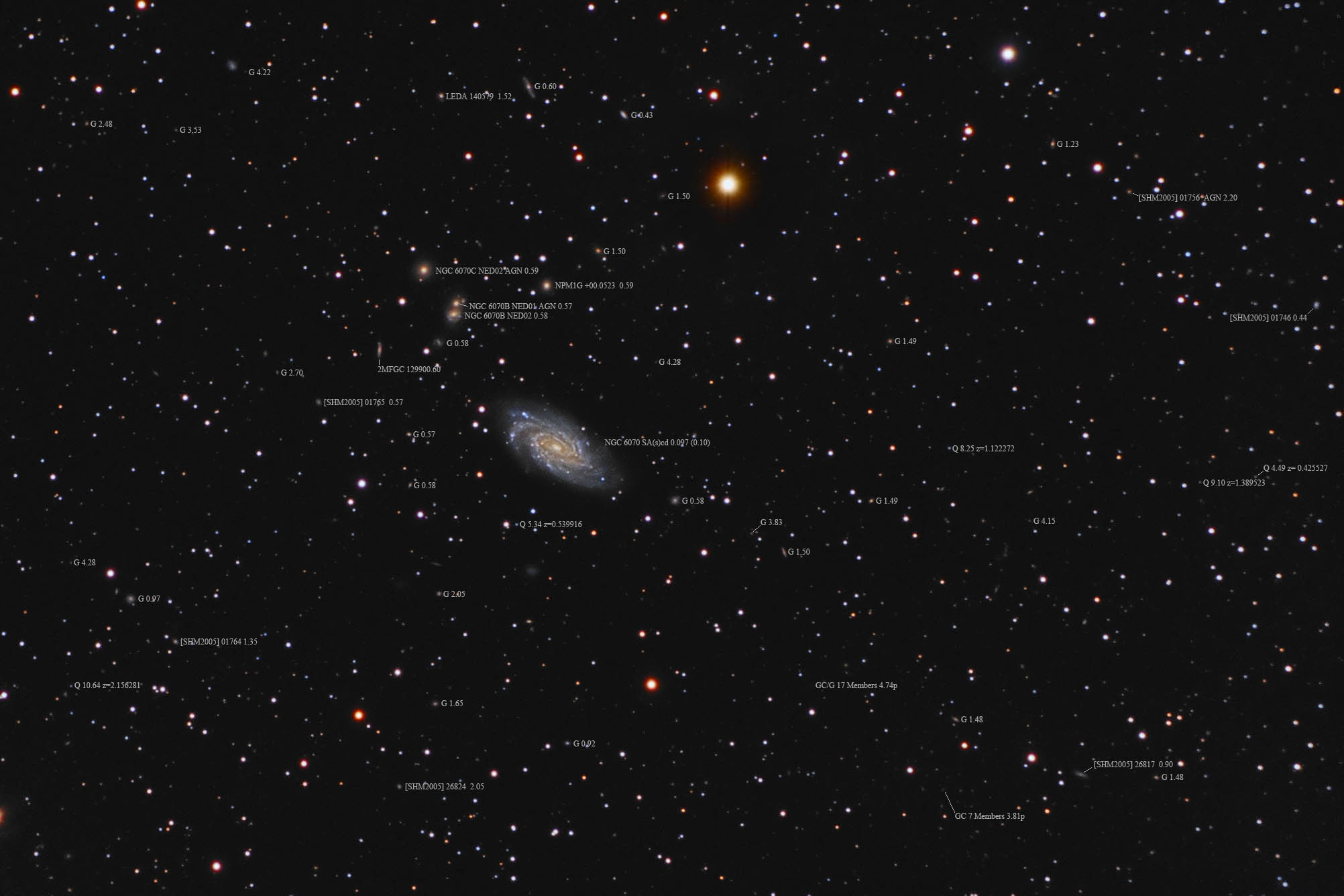 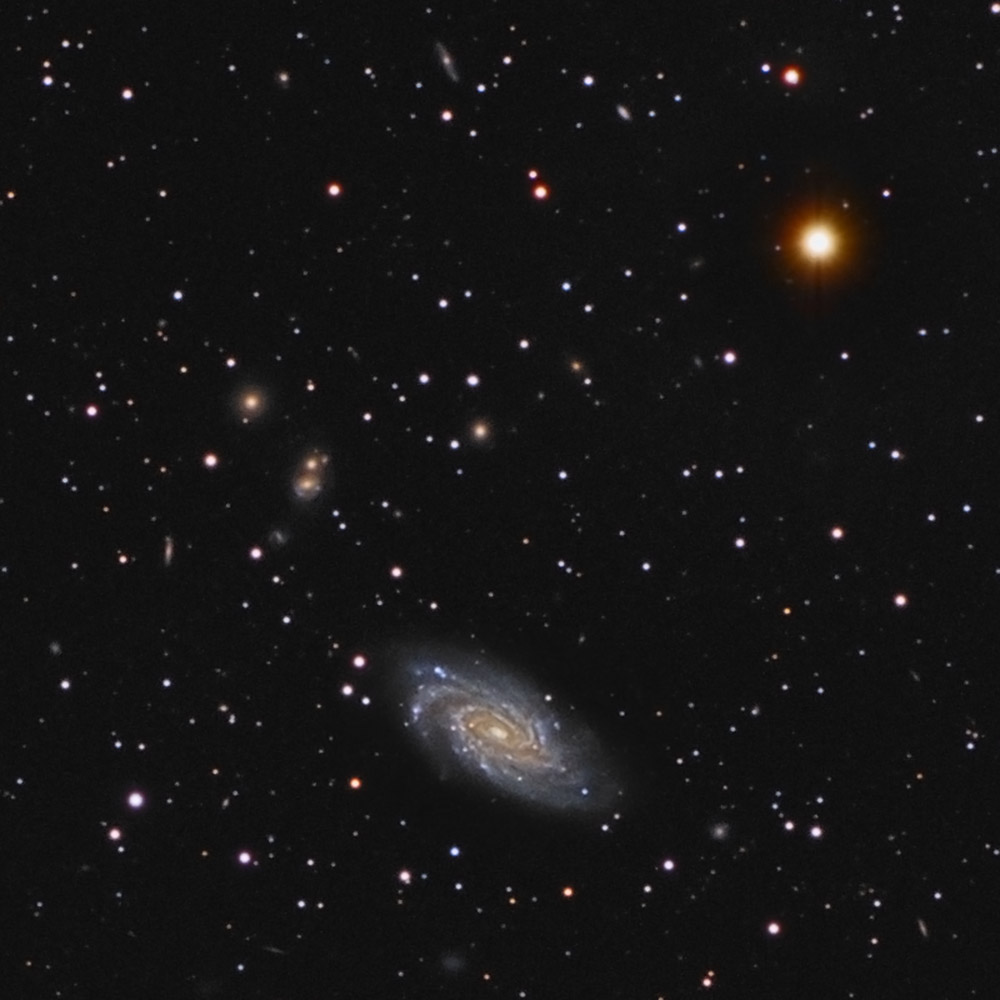 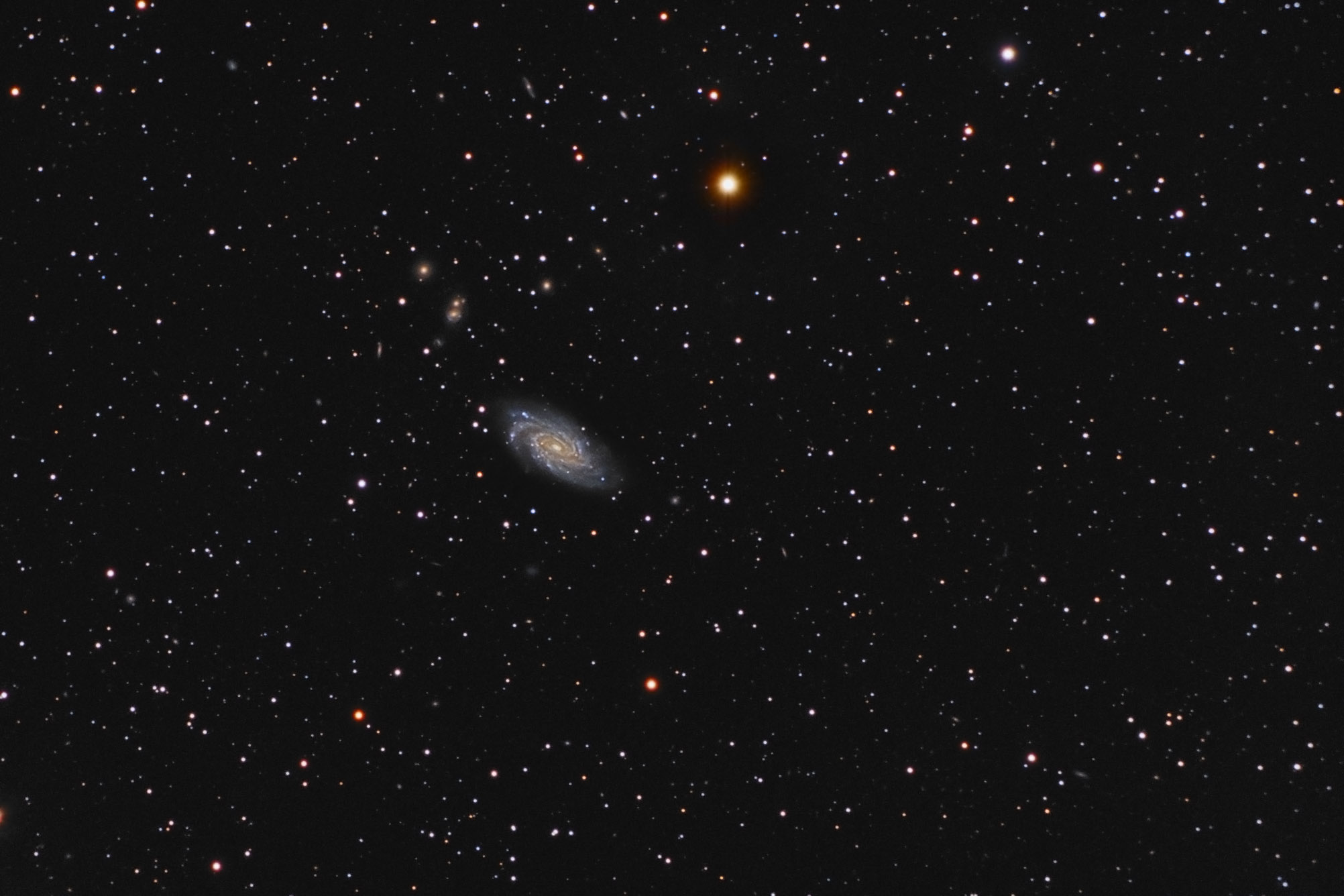