NGC 6118 is an SA(s)cd galaxy with some HII emission located in Serpens Caput about 4.2 degrees southeast of NGC 6070 in the previous post. Both are SAcd galaxies just that this one doesn\'t have the ring-like structure near its core. Also, the arms of NGC 6118 start at the core rather than from much further out in the disk as they do with NGC 6070. While only a bit over 4 degrees from NGC 6070 the area of this galaxy is very barren of background galaxies. Also, it is outside the area of the Sloan Survey as it has been picked up by NED. NGC 6118 is the only object in the field that NED had any redshift data for so I didn\'t prepare an annotated image. Only a half dozen other galaxies were even listed for this field all from the 2MASS and nearly all are very faint. This was taken a similar night as NGC 6070 so is also about 1.5 magnitudes dimmed by conditions which make the field seem even more barren than it really is.

Just off the image to the upper left is the B9V blue star HD 147550 at magnitude 6.32. It cast a nasty blue haze over the entire field thanks to all the haze in the air this night. I hope it didn\'t skew the color balance.

The galaxy was discovered by William Herschel on April 14, 1785. It is part of the original Herschel 400 observing program by the Astronomical League. My visual observation of it on May 18, 1985, on a night of poor transparency due to high humidity reads: \"Large, elongated, galaxy seen only by averted vision. By far the most difficult object to date. Just southwest of a 6th magnitude field star not plotted on my Tiron. Probably much easier on a better night without the glare of the star due to the humidity.\" So it seems conditions have hit me again with this galaxy.

In fact, I tried to image this one soon after starting my digital imaging career after building this observatory. That one came out very poor due to the red and blue severely hurt by haze turning the entire image somewhat green as back then I didn\'t know how to cure that. I tried reprocessing it but the red data was just too weak and the bad conditions made the glare from the B9V star far worse so adding the data wasn\'t of any help either. While it could benefit from yet another try, two is where I stop on this one. If it was in an interesting field then I might have considered it but with nothing but the galaxy, this will have to do.

Due to the poor transparency, I took 6 luminance frames rather than my normal 4 but I don\'t think it helped much if any. Still, this one is a big improvement over the first try in 2007.

This is the first of only 5 images June\'s lousy weather and short nights allowed me. Half of what last year\'s weather allowed. 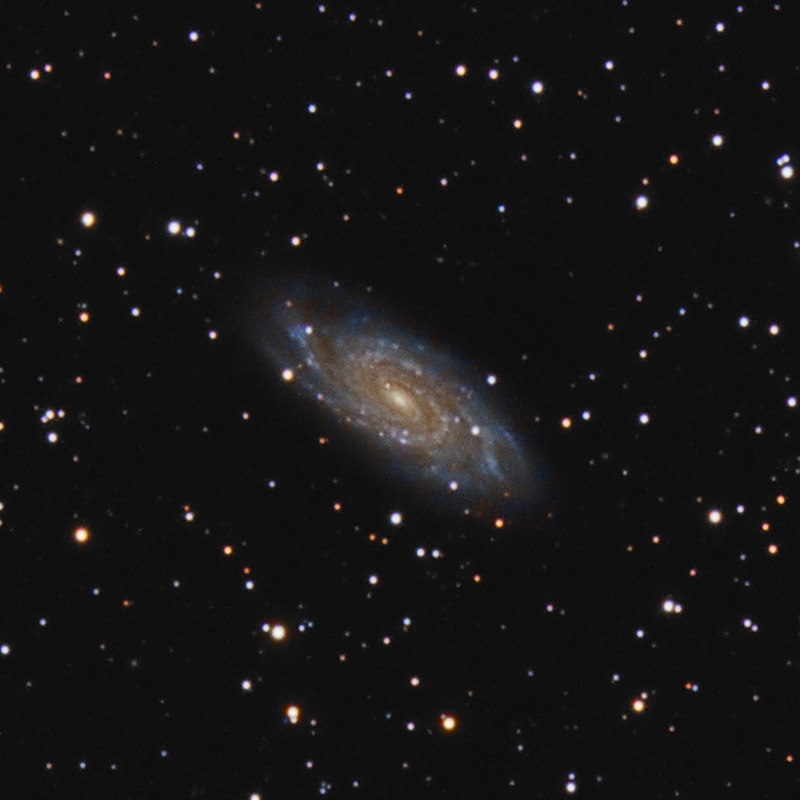 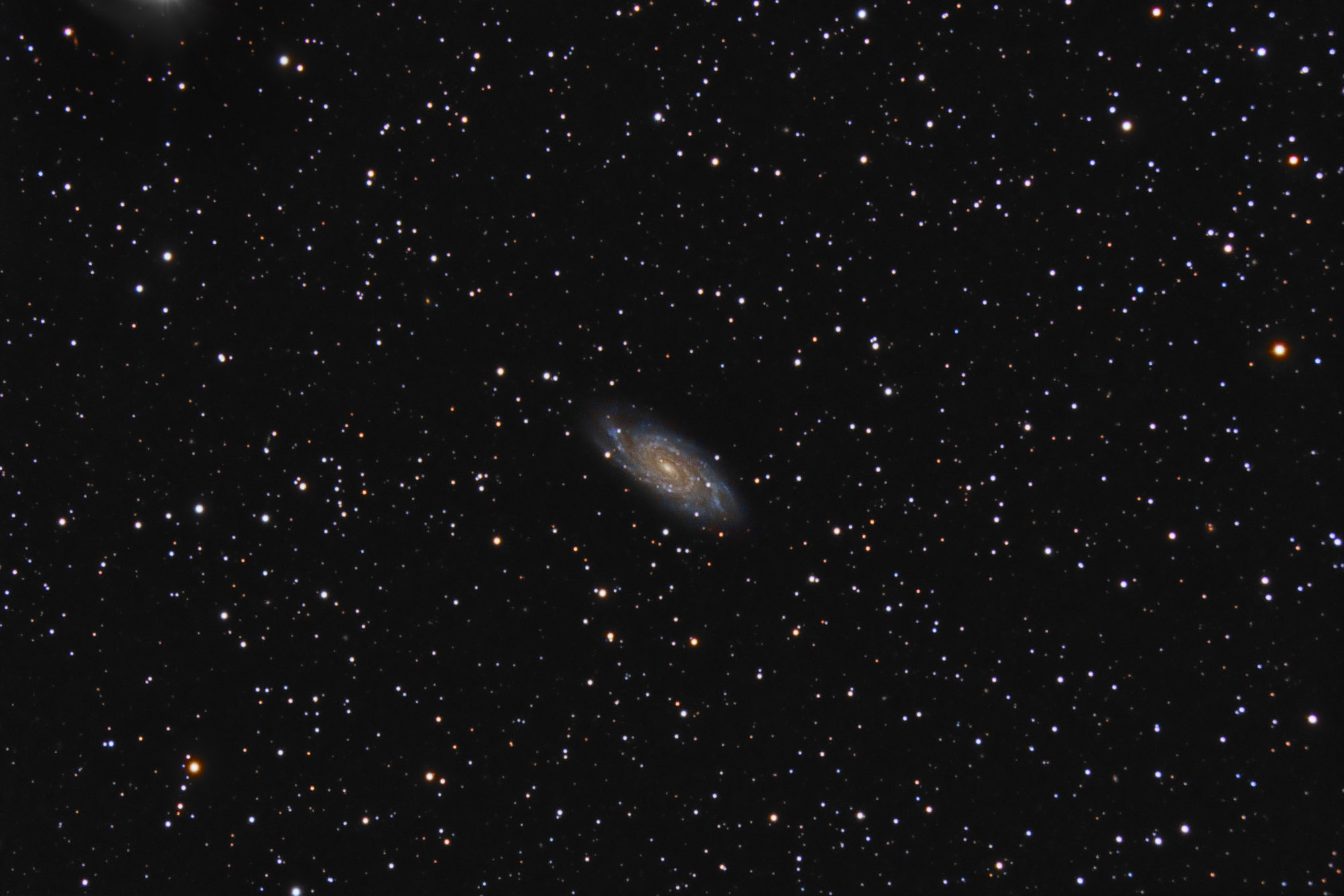