NGC 6140 is a spiral galaxy in Draco. Redshift puts it at 42 million light-years though non-redshift measurements range from 27 to 38 million light-years. It is a rather low surface brightness galaxy. This is a very early image when my processing was poor. I need to redo it. My processing hides the true difference between its brighter parts and the faint arms making the arms look much brighter than they really are. It was discovered by William Herschel on June 3, 1788. It isn\'t in either H400 program. 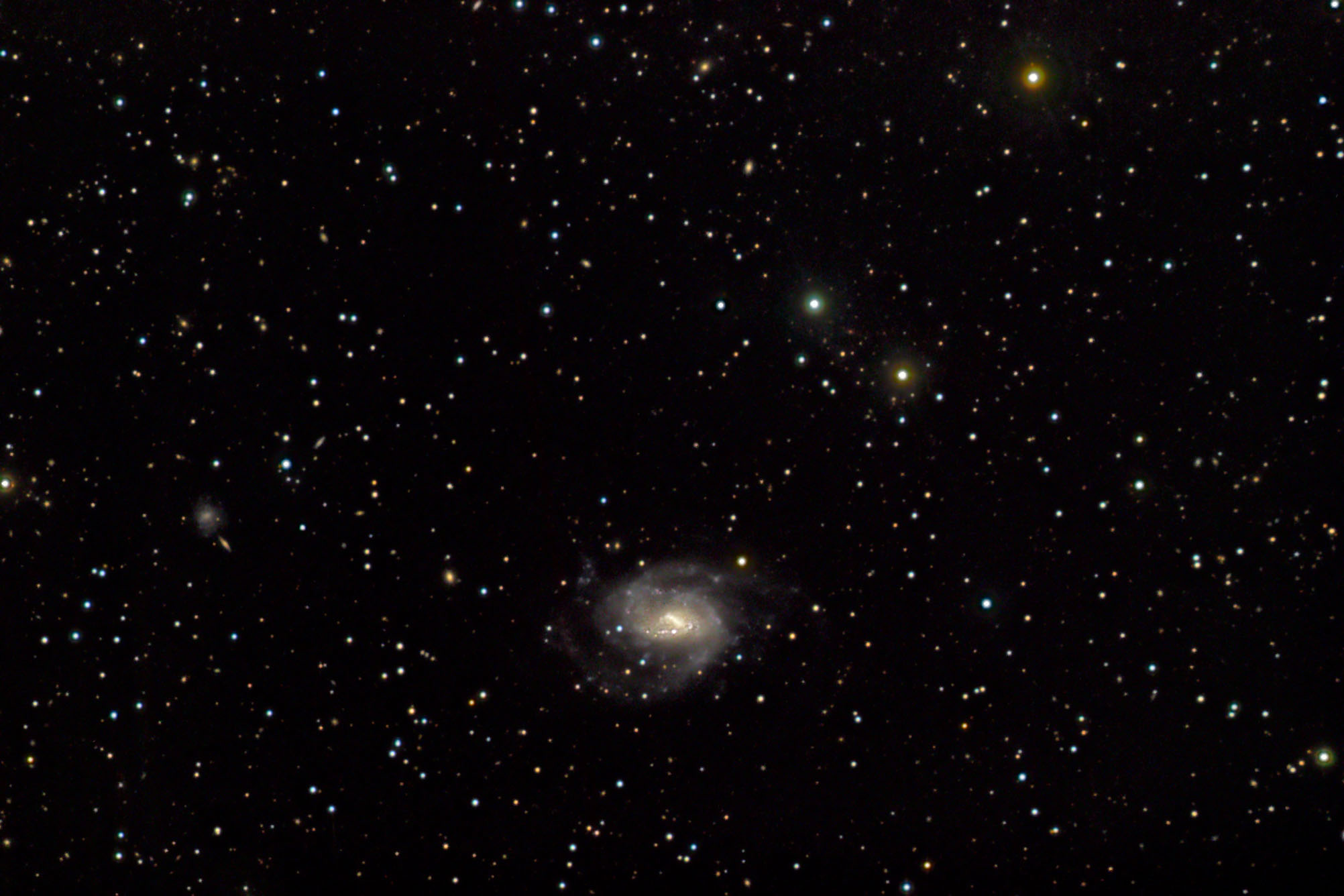