NGC 6181 is a rather nice spiral nearly everyone, even the pros tend to ignore. When they do mention it they can\'t even agree as to its classification. NED says SA(rs)c (no bar) while in another section it says SAB(rs)c (it has a bar). Most of the internet sites covering it say SBc. That omits the inner ring. Seligman says SBc? What earns it the question mark I don\'t know but he sees a bar but not the inner ring. I can\'t see the ring either that NED sees. Bar\'s are not always seen in visible light so it may exist in other wavelengths. Or the elongated nucleus is taken for the bar.

What is covered to some extent is SN 1926B. It appeared in the edge of a blue nebula in the galaxy, likely a star cloud as it isn\'t strong in H alpha light from the one photo in H alpha I found of it. I assume their filter accommodates its 107 million light-year redshift. I\'ve marked the cloud in the annotated image.

This galaxy is in Hercules and is about 110 million light-years distant by both redshift and non-non-redshift measurements. It\'s rare to see such a close agreement. It was discovered by William Herschel on April 28, 1788. It is in the second H400 observing program. That was one reason I had it on the to-do list but it was also a rather neat looking galaxy, something I\'d not noted until last winter when I upped its importance level in my to-do list so it was finally taken Last May. Conditions were so bad that data was all unusable, it was taken again the next month even though by the time the weather allowed any imaging it was getting further from the meridian than I normally image. During the first red frame (and after one blue and one green frame conditions went bad, So bad the red frame and following blue and green frames were unusable. I was outside my T point map so had to guide and the guide star kept vanishing for several minutes at a time. Finally, the second red frame, while poor was sort of usable. I made it work but due to the far worse seeing for it there are some red flares to the northwest. I sort of dealt with them. Having only one red frame I had to clone out a bright satellite that went through the one usable red frame. That may have skewed the color of stars the brilliant satellite went over. 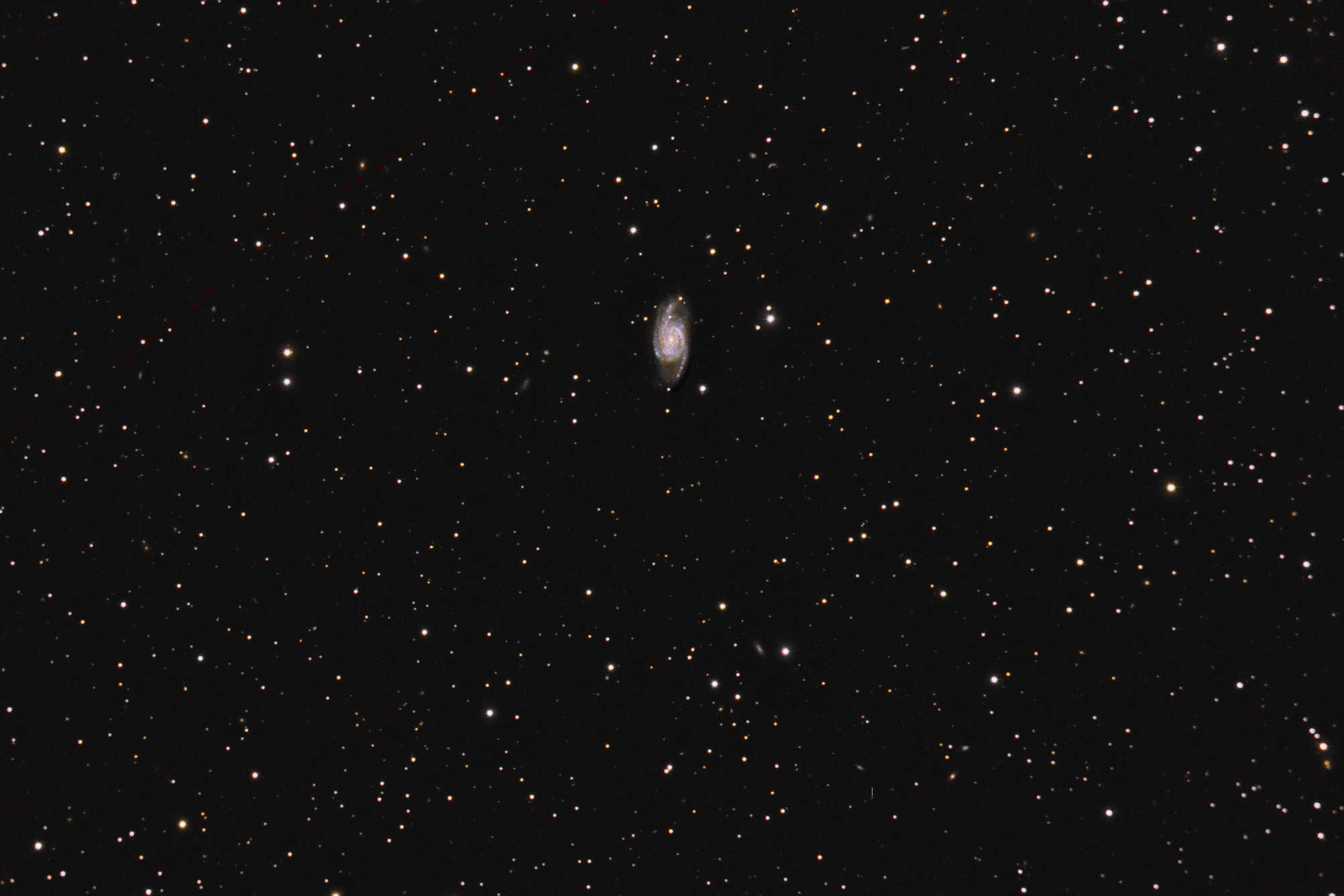 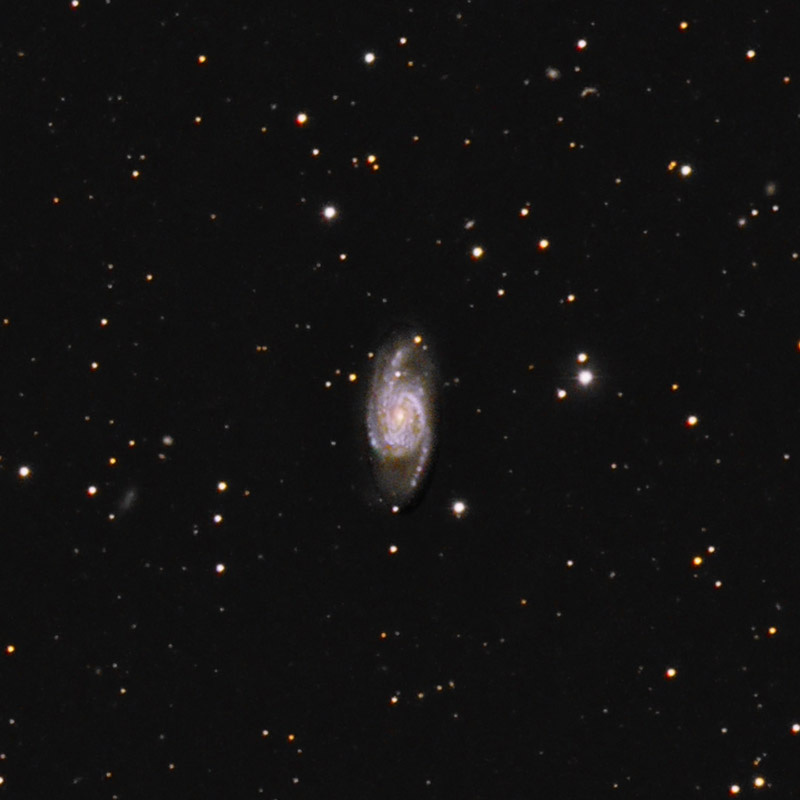