NGC 6229 is the \"other\" globular in Hercules. M13 and M92 get all the attention while poor NGC 6992 tends to be the wallflower. It isn\'t big and bright as the other two are. Not because it isn\'t a major globular cluster but because it is about 100,000 light-years away on the outskirts of the galactic halo. Put it in close like M92 and M13 and it would be a grand sight. Discovered by William Herschel in 1787 he cataloged it as a planetary nebula being unable to resolve it into stars. In 1819 Admiral Smyth reports someone recorded it as a comet. This distant guy got no respect it seems.

It was discovered by William Herschel on May 12, 1787. It is in the original H400 program. My entry on a good night with my 10\" f/5 at 180x says; \"Small globular with a bright core and faint outer halo. Some hint of resolution to the halo. Core bright but not even grainy let alone resolved.\" My image on a bad night of seeing still managed to resolve it to the center.

While my field contains hundreds of galaxies only 3 and one quasar have redshift data. Since I used 5 minute subs rather than 10 minute subs and only 40 minutes of them, same as I normally do with 10 minute subs, this one doesn\'t go as deep as normal. I chose to use 5 minute subs for the L channel because that prevented the core from being saturated. By using 5 minute subs I could better resolve the core. To compensate for more read noise I need to take about an hour\'s worth of data. I forgot about this when taking the image. Still, you can faintly see the quasar at 12 billion light-years light travel time. Since the color filters block a lot of light I could use my normal 10 minute color subs. 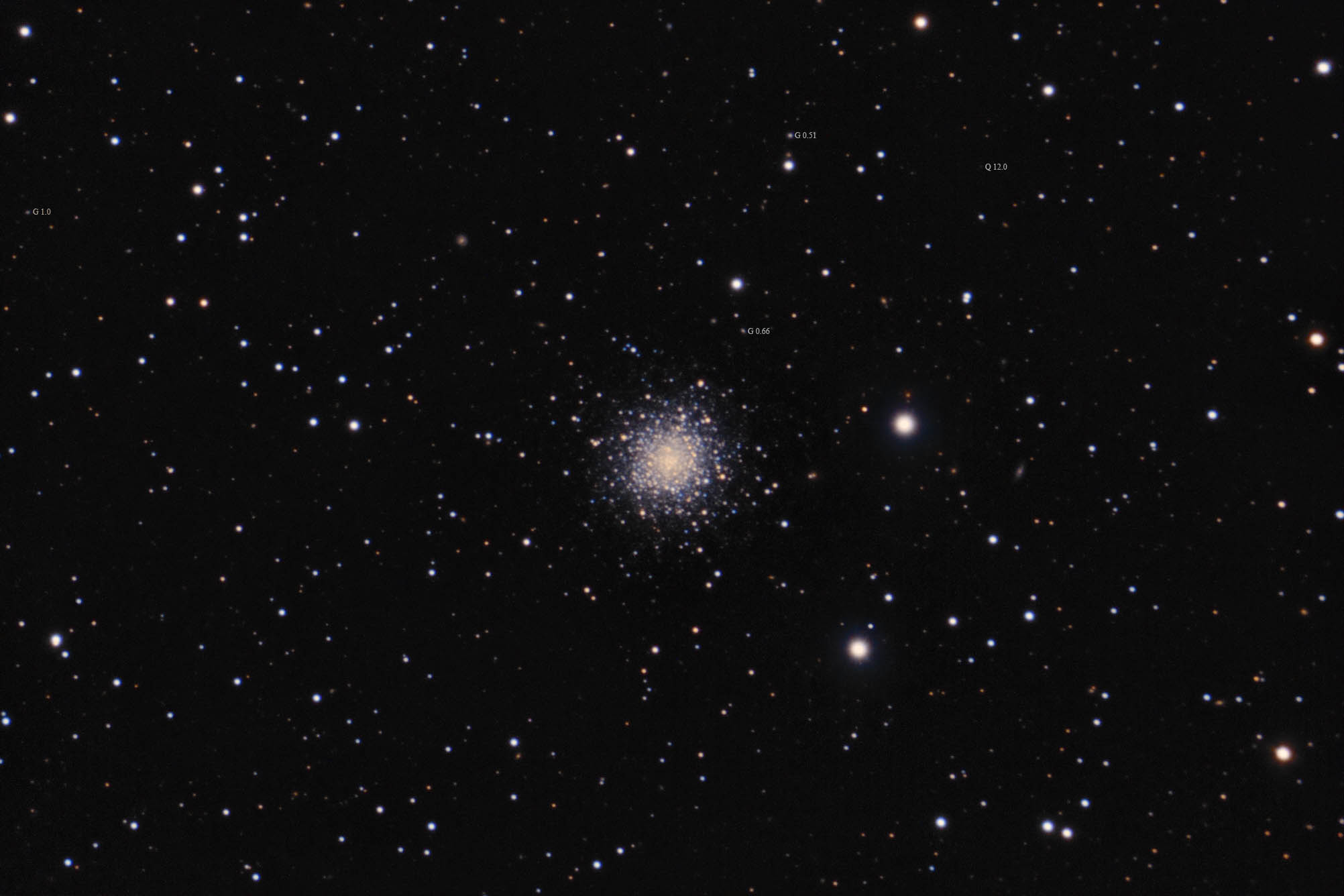 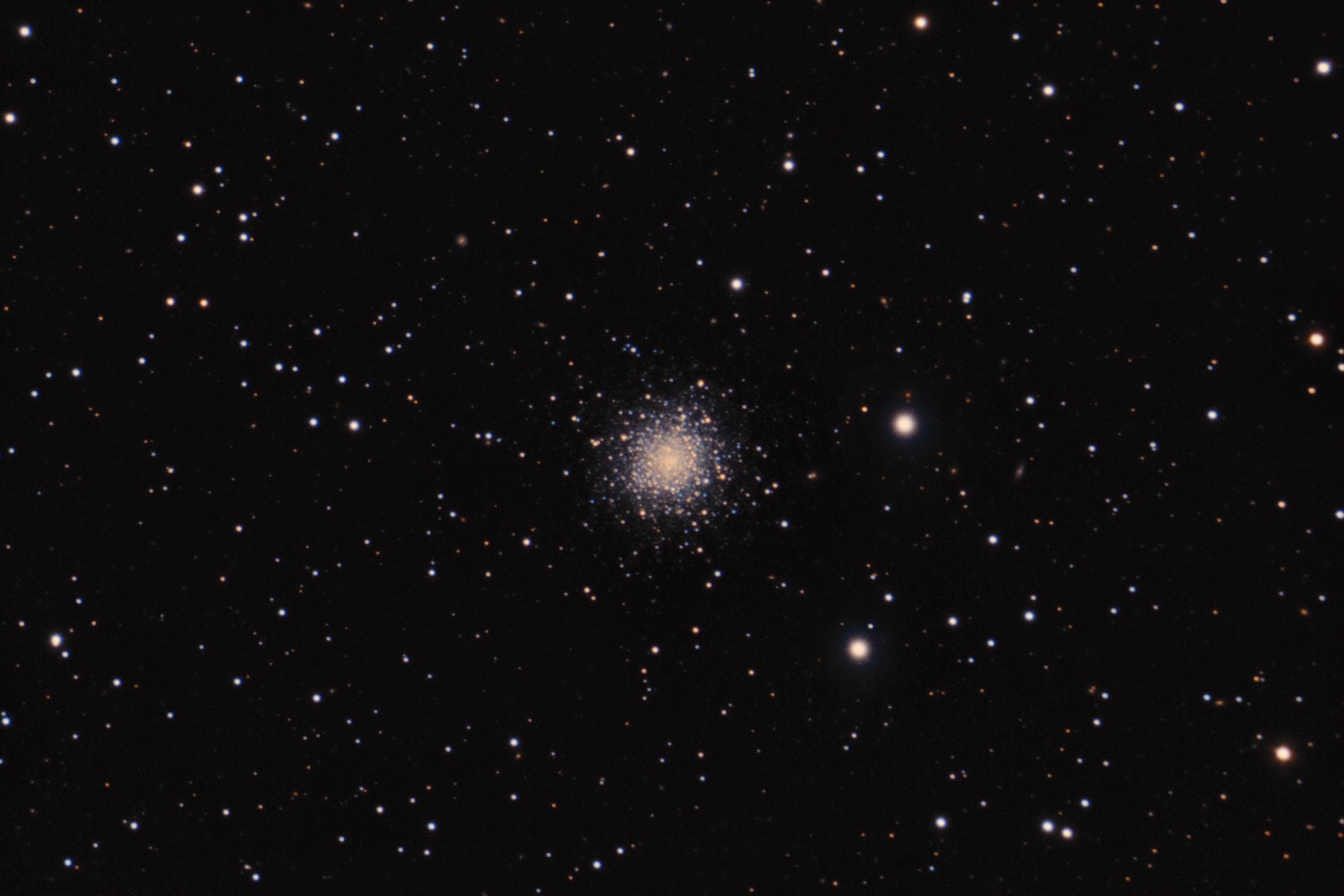