NGC 6248 is a low surface brightness blue barred spiral located in Draco southeast of the bowl of the Little Dipper. It is classified as SBcd or SBd depending on the source. Redshift puts it about 51 million light-years distant while other measurements all show it much further away. Their average is about 84 million light-years. I measure the extreme length of the major axis to be 198\" of arc. That translates to a diameter of 49,000 to 81,000 light-years. Most blue low surface brightness galaxies with little spiral structure I\'ve imaged are usually less than 50,000 light-years in size. So I\'m going to go with the closer and thus smaller size as I can\'t find anything else on this galaxy to help decide this issue.

In fact, this entire field is poorly studied. NED lists only 3 small galaxies in my frame beside NGC 6248, none of which have even a magnitude estimate let alone a redshift measurement. The Galex satellite records some 500 objects in the frame, all of which are listed at NED as being an Ultraviolet Source. Some are galaxies in my image, most are stars. Galex could only give approximate positions for its objects resulting in an error circle of about 7 seconds of arc. This makes identifying these more difficult as often two or three objects are in the error circle. I didn\'t try to sort out which were galaxies as they also have no distance, magnitude or much other data and are listed only by coordinates.

This galaxy was discovered by Lewis Swift on August 11, 1885. It seems most low surface brightness galaxies are very blue like this. The blue stars are quite short-lived, 10 to 100 million years and they are history. What were they before and after this short time span? Do they have or are collecting enough dust and hydrogen to keep forming new stars continually for billions of years? If so they should gain a lot of mass yet that isn\'t happening that I find. Anyone seen this issue discussed in any paper?

This is yet another object that, thanks to weather took many nights to collect enough data. It was started on the morning of July 4 and finished 19 days later on July 23. Most frames were unusable due to weather. I wanted more data due to this one being so faint but, as has been often the case this year, that never happened. I gave up and decided to go with what I had and try moving on to something else. 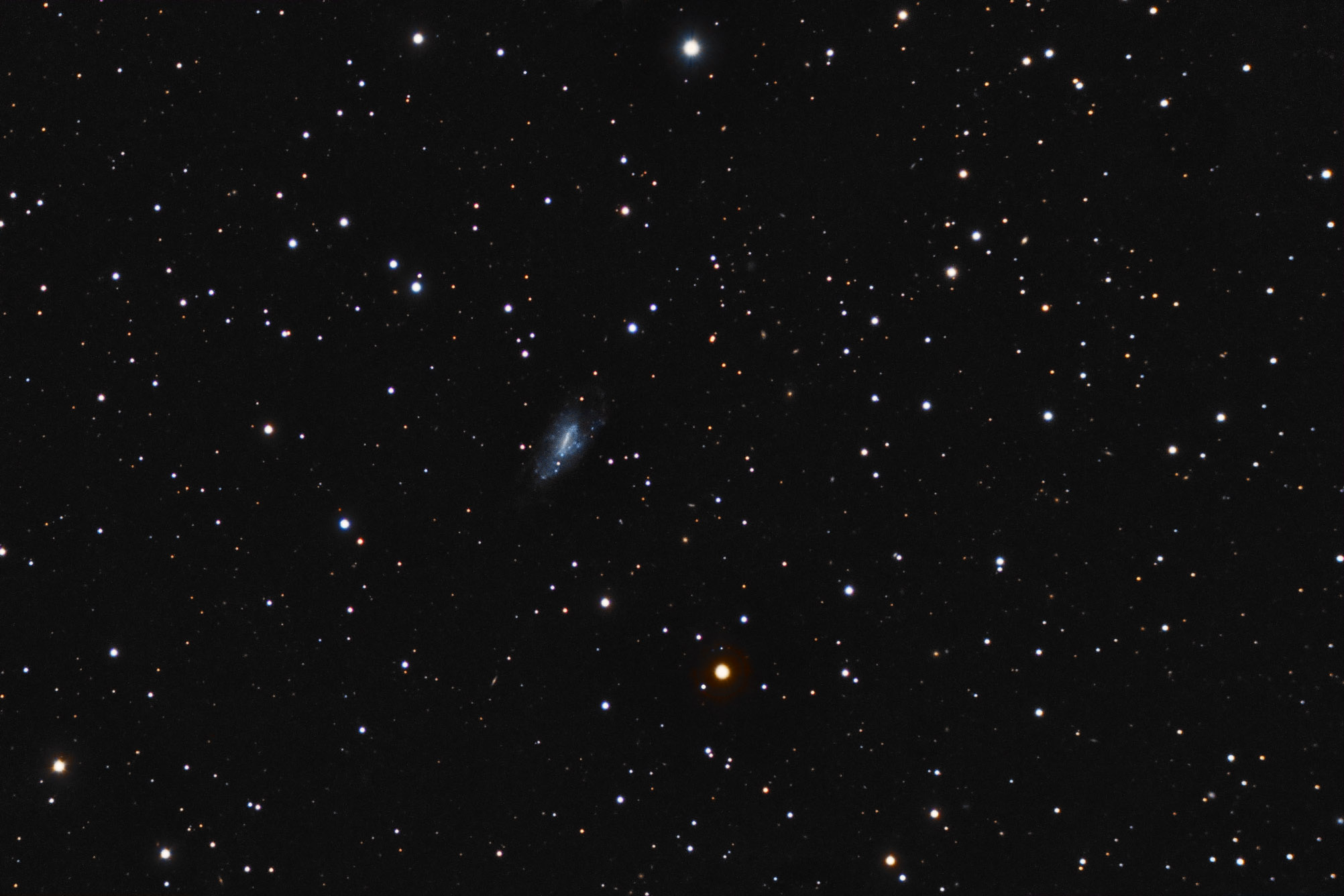 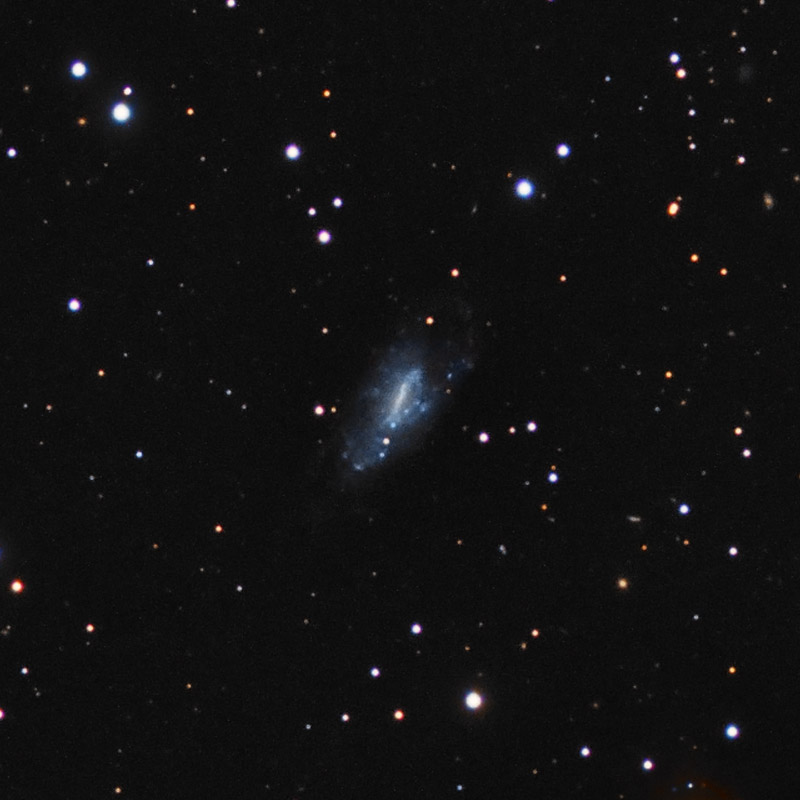 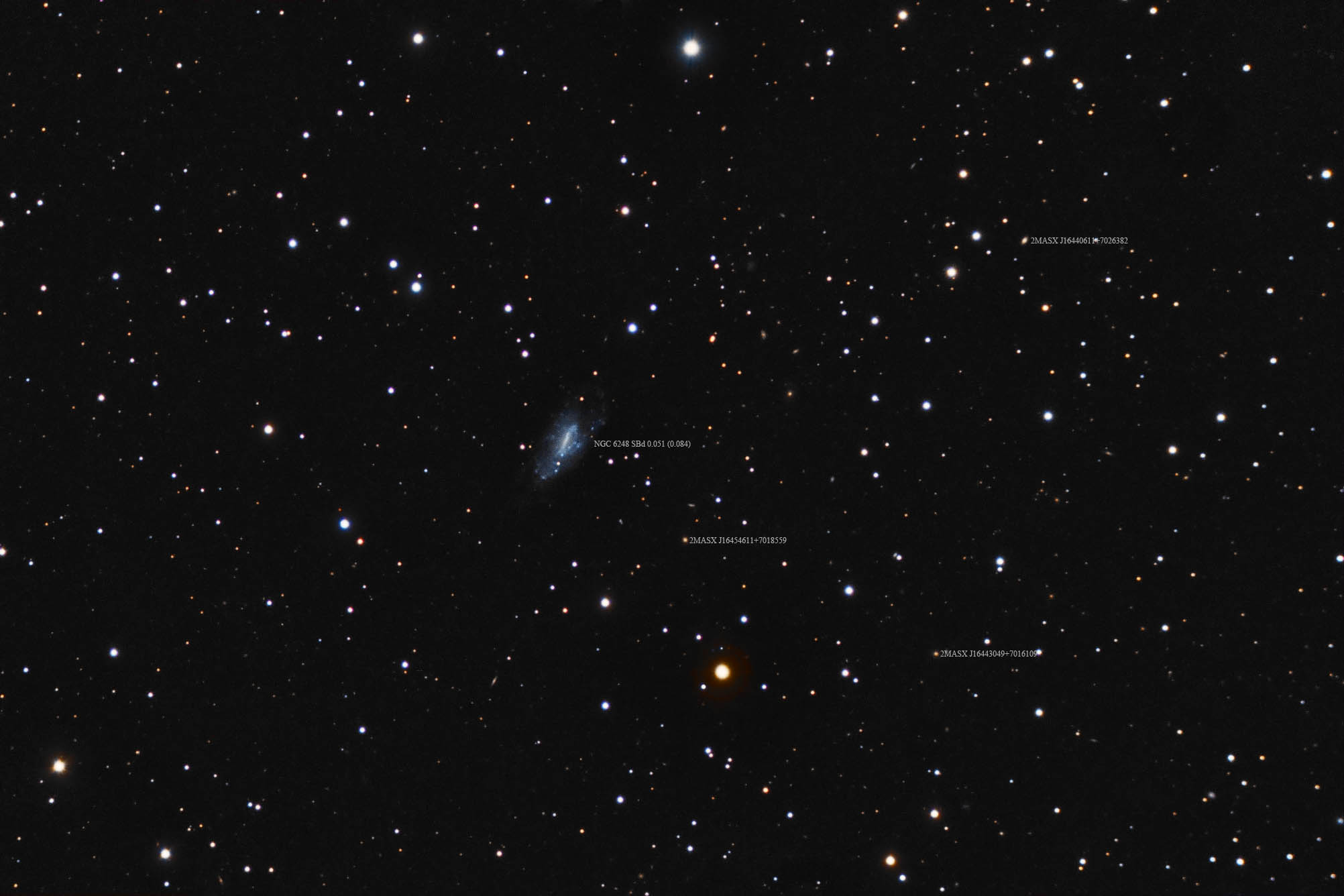