NGC 6274 is either a single spiral galaxy or a pair of them depending on the source. NED considers it a double system while The NGC Project says it refers only to the northern face on spiral. I\'ve gone with NED on the annotated image. Seligman sides with the NGC Project and further adds that while they are at the same distance they aren\'t likely an interacting pair \"as they do not show signs of distortion corresponding to a very close interaction or collision.\" The southern galaxy certainly has been severely warped by something though I agree the northern galaxy seems undisturbed. Computer simulations show most of the distortion comes well after the time of closest passage. While the individual stars will start to be pulled around it takes a lot of time for that motion to be sufficient to be seen at our great distance. Once moving they continue to for hundreds of thousands of years, long after the interaction started. If the galaxies aren\'t gravitationally bound one can be far distant by the time we see the distortion it caused. The denser the galaxy the lesser the damage and the more time needed to see it. This could explain why the more distant end of the southern galaxy shows more warp than the end apparently closer to the northern galaxy. If it encountered it first it would be the end to first show the results. So while they may truly not be interacting I\'m not all that convinced.

There wasn\'t much information on this field at NED. While it listed several thousand galaxies in the field very few had much data and only a handful had distance data. I\'ve annotated all that did have distance data as well as a few that didn\'t. The latter has \"na\" where the distance would have gone. All with distance are at about the same half-billion light-year distance so likely related being part of a sparse galaxy group. That may apply to those of similar size without distance data but there\'s no way to tell, unfortunately.

Located just south of the southeastern star of the Keystone in Hercules it was discovered by Albert Marth as #326 in his list of deep sky objects. At a redshift distance of 530 million light-years, the face on galaxy is about 77,000 light-years across. The edge on galaxy appears to lie in front of the face on galaxy but has the same redshift distance. I can\'t tell if Marth found it, no discoverer is mentioned that I could find. It is slightly larger in size at 97,000 light-years in diameter as seen from our edge on perspective. 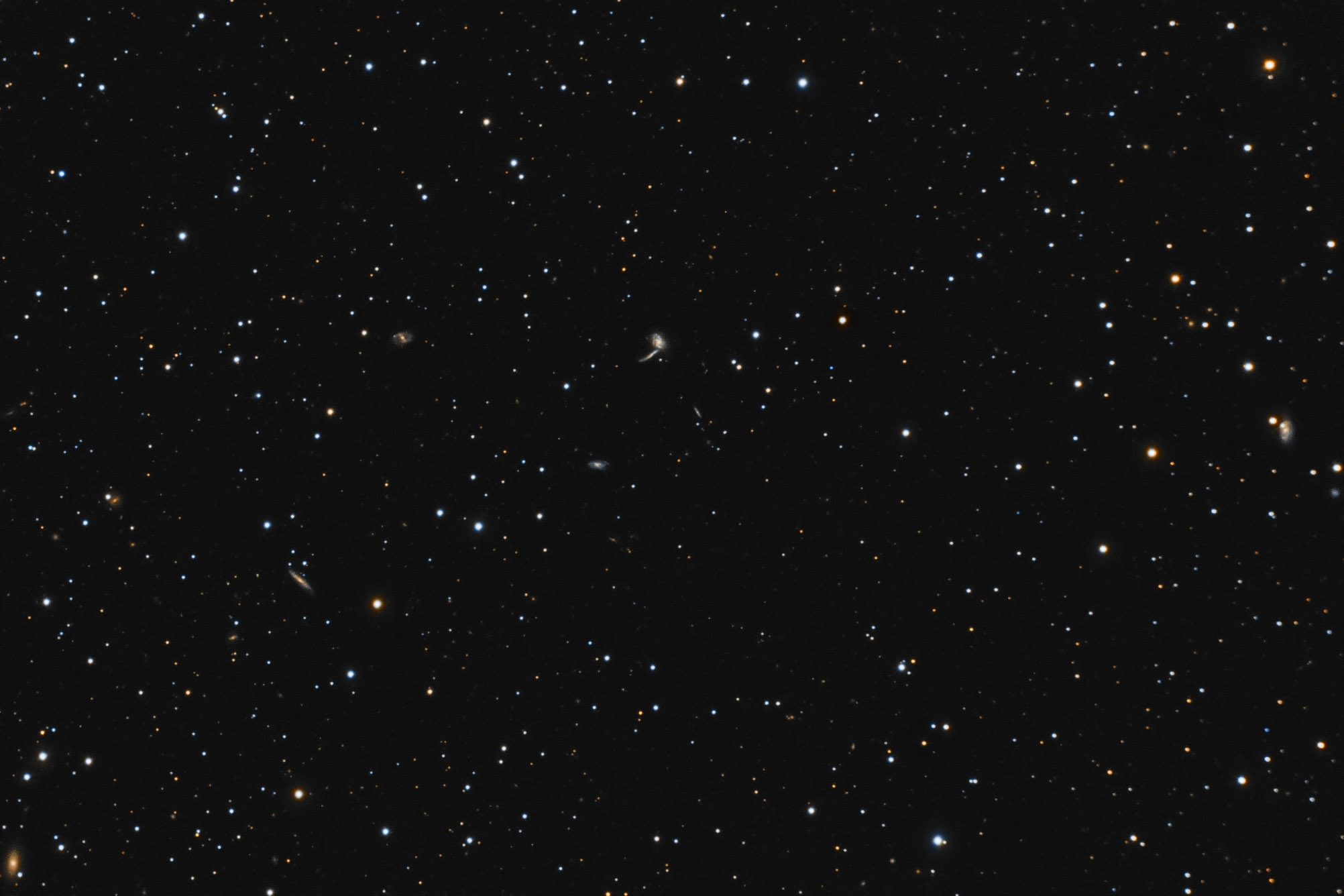 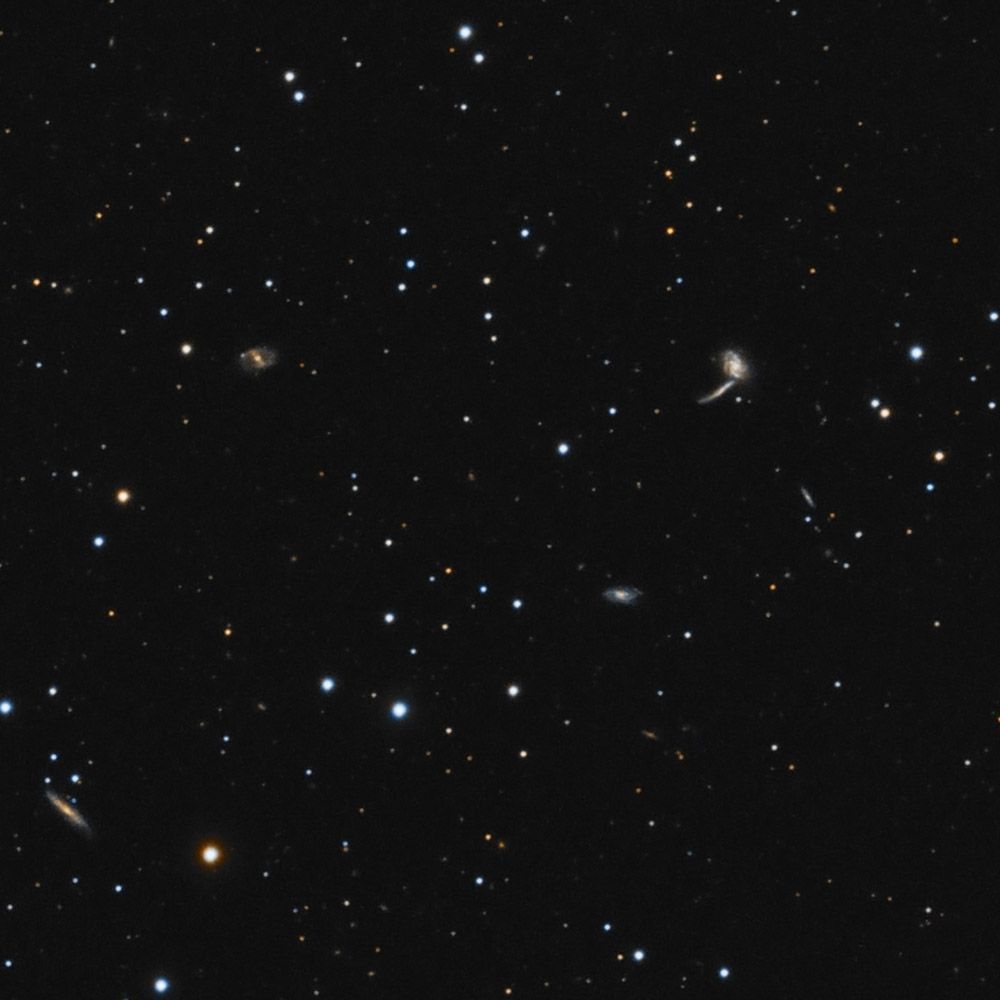 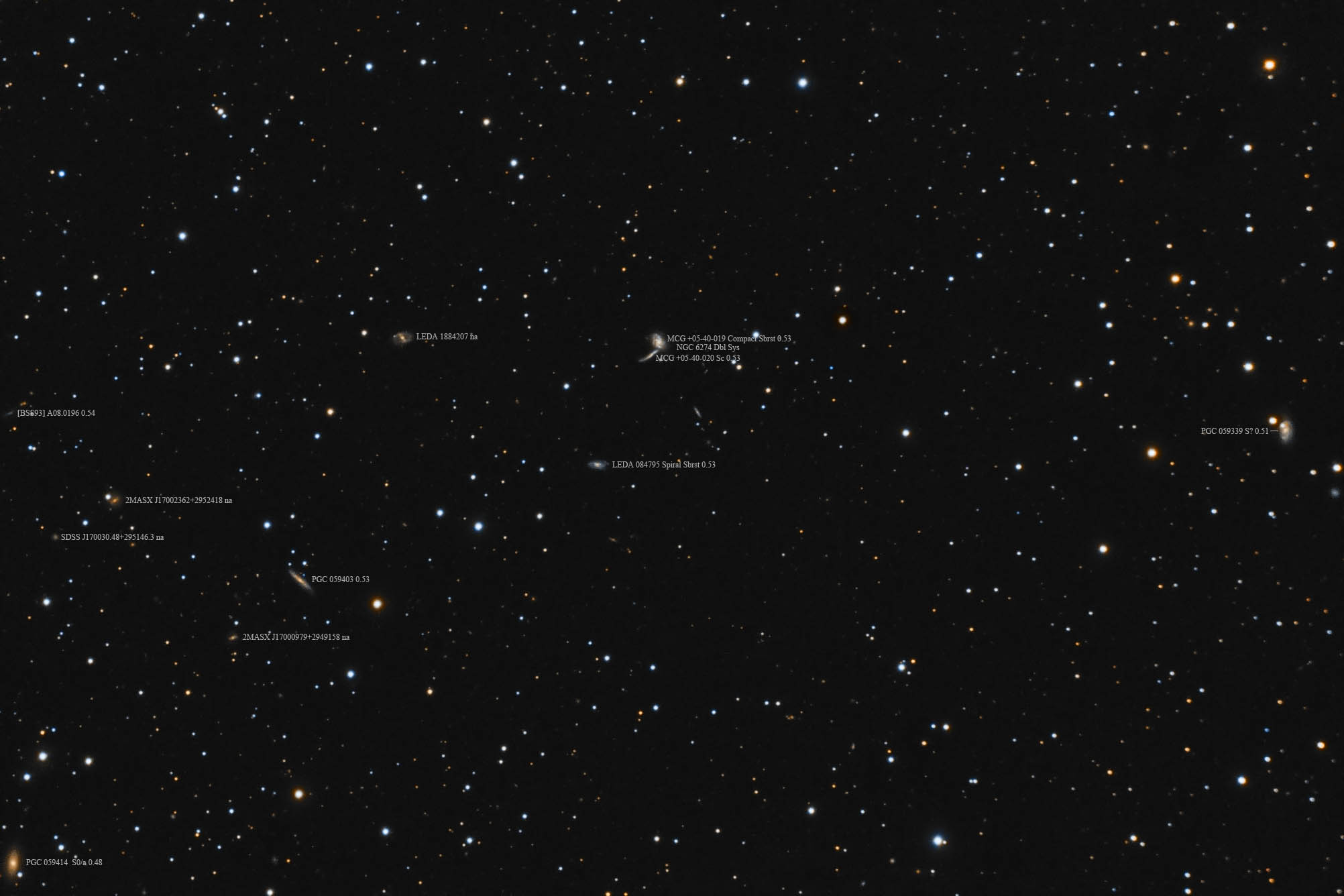