NGC 6384 is a low surface brightness galaxy in Ophiuchus about 80 million light-years away. Not a constellation in which you find many nice spiral galaxies! It is more the globular cluster constellation. It is also the Zodiac constellation astrologers ignore. NED classes it as SAB(r)bc and as a LINER galaxy. The NGC Project using a different classification scheme says SBbc I. It is somewhat obscured and of low surface brightness making it a bit of a challenging target. I didn\'t try to correct the color for reddening. Due to it being somewhat obscured by our galaxies dust. Looking at various color images on the net I find it in a field of far more blue stars than I show. I can\'t explain the difference but it could be from adjusting the blue back into the galaxy but not excluding the unobscured stars from this blue boost. I used the simple G2V balancing of the unobscured stars. This likely left the galaxy too red due to extinction. It was discovered by Albert Marth on June 10, 1863.

Being in a heavily obscured area of the sky it is not covered by the Sloan survey. Only 6 galaxies are listed in NED as being in this field, none with any distance data but NGC 6384 itself.

Several papers indicated the arms were smooth and featureless. That certainly isn\'t the impression I got in my image so I had to do some digging. I found a great Hubble Space Telescope image of it that certainly doesn\'t show the arms as smooth and featureless. Also, several papers indicated there was no star formation going on in the core. Strange as most theories on barred spirals say the bar funnels in gas and dust triggering star formation around the core area. The text with the Hubble image says that they see star formation around the core area triggered by dust and gas that is being funneled into the core. Odd the experts can\'t seem to agree on what\'s going on in this much studied galaxy. The HST image and text is at: http://www.spacetelescope.org/images/potw1108a/

I\'ll let their webpage fill in the details sparse as they are. 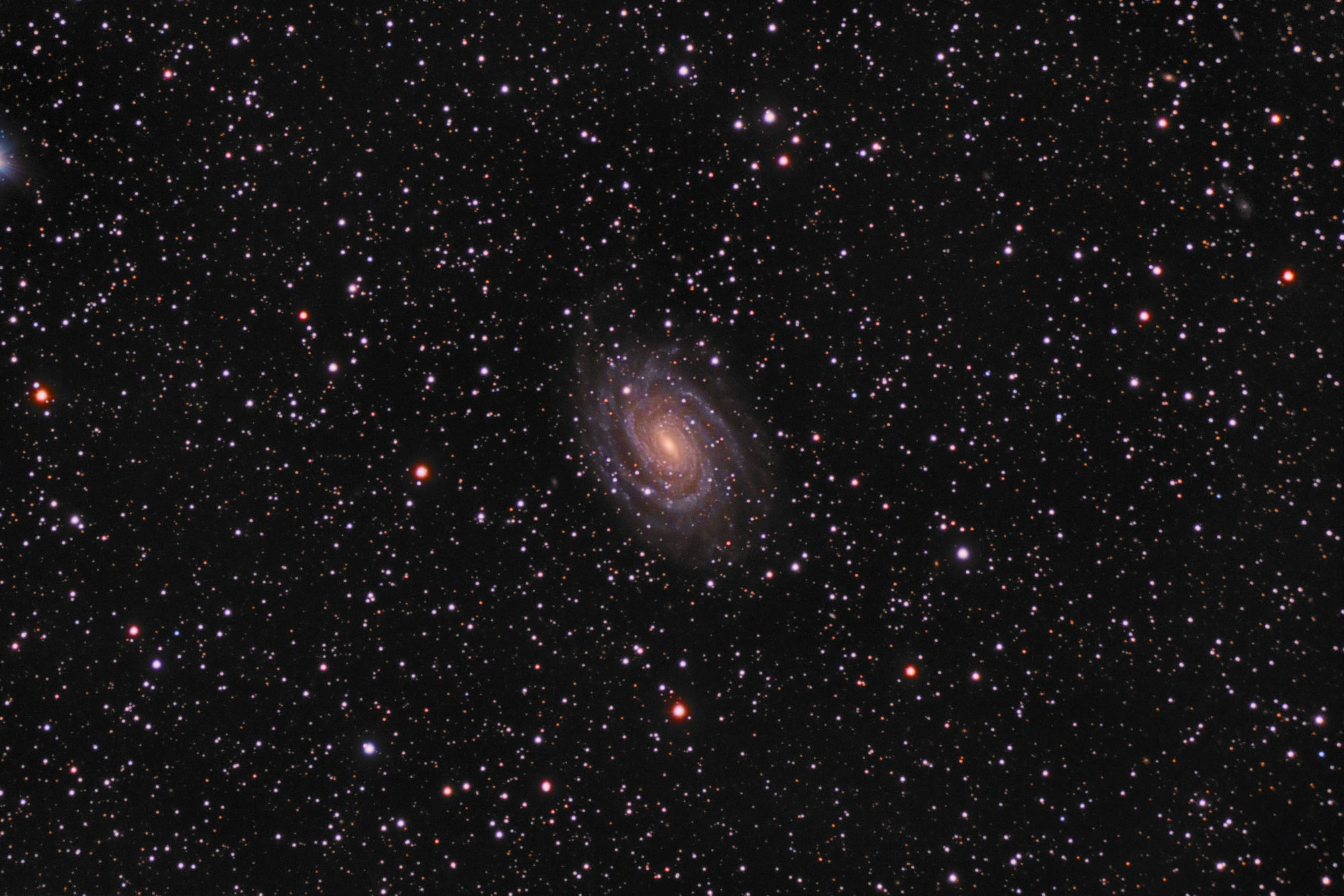 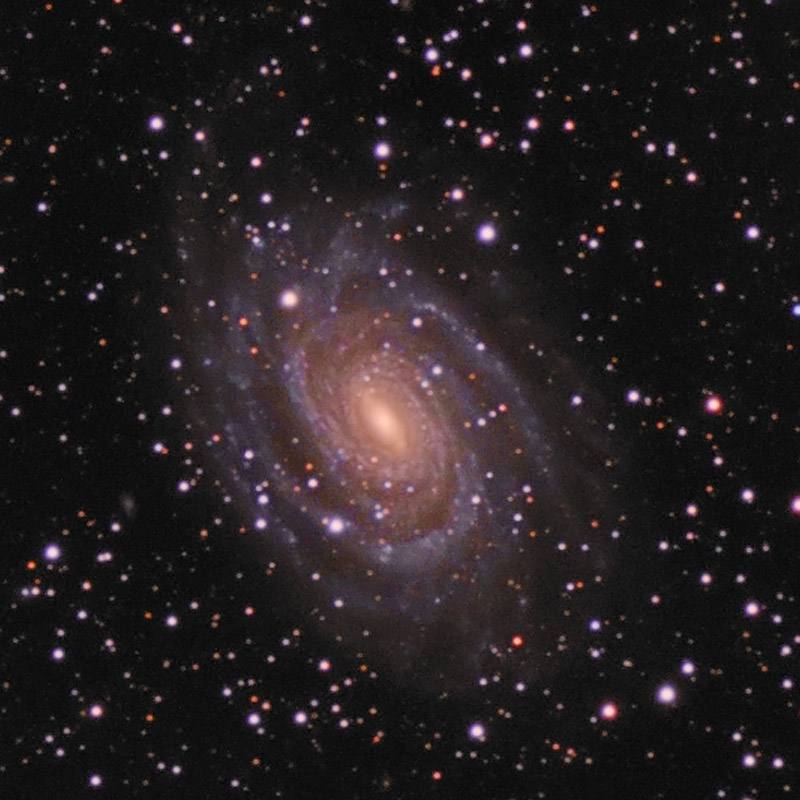