NGC 6426 is a rather faint, type IX, globular cluster in Ophiuchus in the Herschel 400 list. Herschel found it on July 15, 1781. It is about 66,500 light-years from us and 46,300 light years from the center of the galaxy. That makes it a rather distant globular that we are looking at through the extent of our galaxy and its dust. One of my many imaging projects is to capture as many of the Herschel 400 objects I can from my latitude and limitations to the north due to my Polaris Trees. This is part of that project. Because it is seen through so much of our galaxy\'s dust it is reddened. I used a recent paper\'s estimate of reddening to adjust the color balance of the globular. I probably should have isolated the globular when doing this but applied the correction to the entire frame. This likely resulted in the field stars having a bit too much blue though since the reddening is not severe it didn\'t seem to hurt things too much. After adjustment, some blue stragglers showed up in this cluster. The paper indicated the cluster is one of the most metal poor in our galaxy and about 700 million years older than M92.
http://cdsads.u-strasbg.fr/cgi-bin/bib_query?1999AJ....117.3059H

My notes from my Herschel 400 log from May 19th, 1985 reads: \"10\" F/5, good transparency, average seeing, 62x and 211x, medium size, very faint, somewhat brighter toward the middle. No resolution.\" From that, it appears to be a rather poor visual object. Another note from a different observation in which I used a 4\" off-axis stop says \"not seen\".

NED shows only one galaxy in the image though I see a dozen or so. That one is near the bottom edge halfway between the center line and the right edge of the image. There\'s not even a magnitude estimate for it at NED. 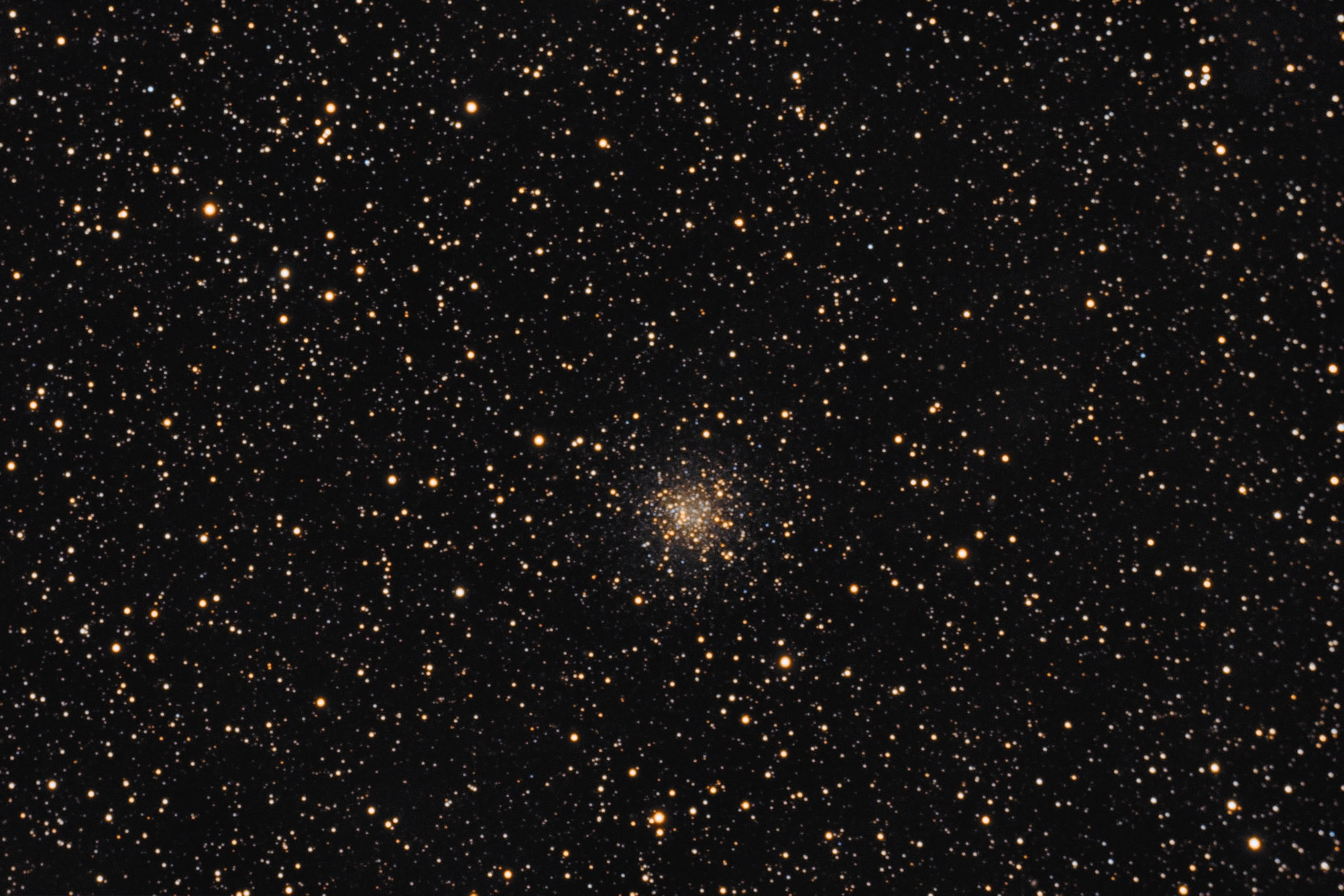