This is a very confusing region of Draco. NGC galaxies are usually in right ascension order in any small field. Here they bounce all over the place. Catalogs vary is to which galaxy is which. I\'m going with what the now not running NGC Project said when I researched this field years ago. I am attaching a map from their site I saved giving Dr. Corwin\'s research into which galaxy is which. The map, however, misses NGC 6456. It is the bright galaxy right of NGC 6463 too far west for his map to pick up.

It might appear that these galaxies are related but that isn\'t quite true. Only 4 of the 7 have any distance data, all from redshift measurements. Those with data are NGC 6453, and E/S0 galaxy and NGC 6463, an E2 galaxy are at 550 million light-years so likely related. NGC 6570 (sometimes called NGC 6172 in error says Dr. Corwin) an SBb galaxy is 65 million light-years away and NGC 6571, an Scd: edge on galaxy is at 370 million light-years. I have no data on the others. Not only is this a confusing field it is poorly studied it appears. 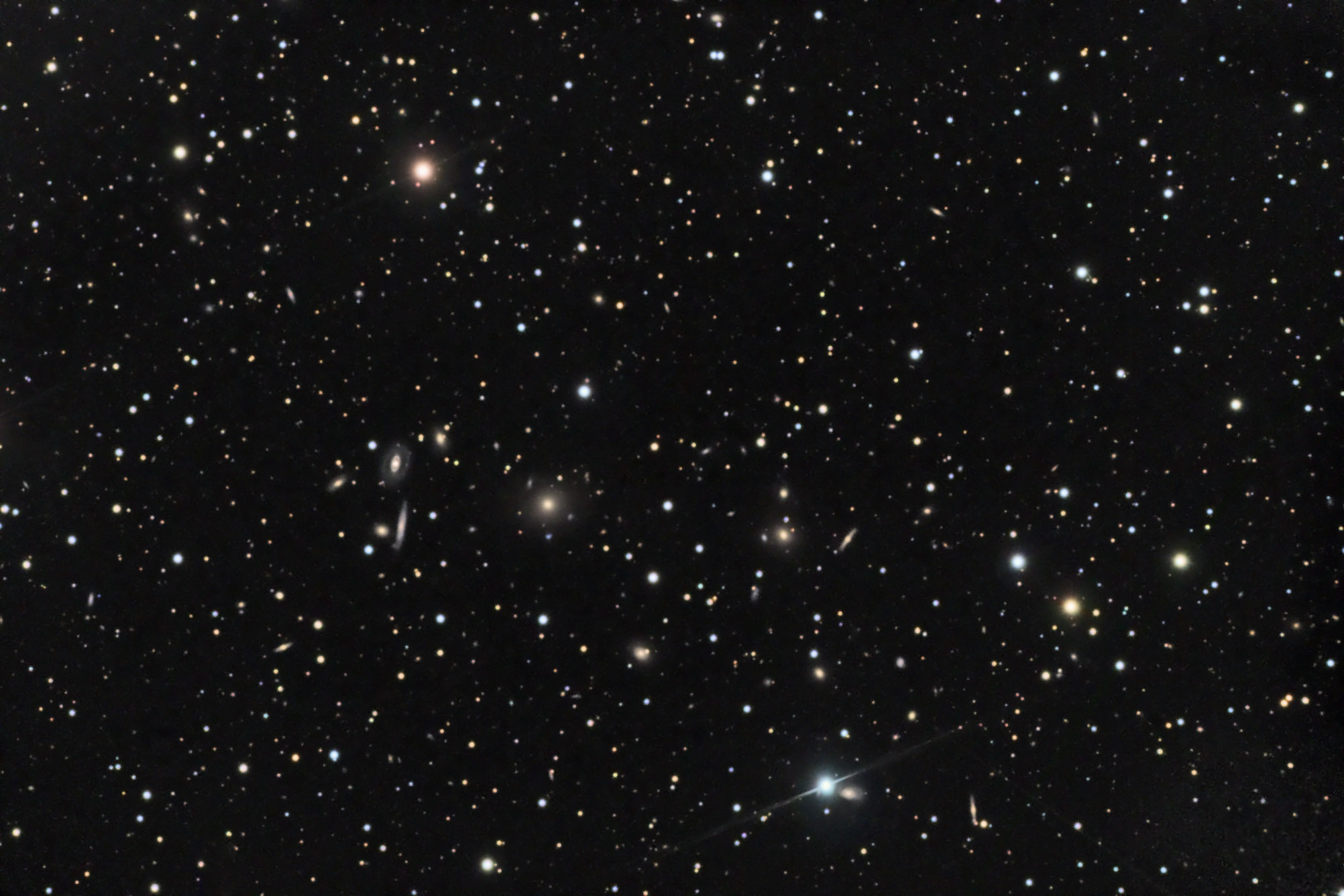