This field is in southeastern Hercules too close to the Zone of Avoidance for Sloan or other surveys that provide distance data to cover. It has 3 NGC galaxies; NGC 6495 (barely), NGC 6500 and NGC 6501. All are about 140 million light-years distant by redshift as is PGC 061102. Most sources consider NGC 6500 and NGC 6501 as interacting. NGC 6500 has a strong outflow according to most papers. That may be the cause of the faint eastern arm though I didn\'t find any confirmation of that. It could be just due to NGC 6501. Notice that while all agree quite well with similar redshift distance data their non-redshift distances are widely off for NGC 6500 and NGC 6501. NGC 6495 agrees nicely, however. I don\'t know why the difference.

This image was taken in the height of smoke from Canadian fires in Manitoba and British Columbia plus some from the California fires. The smoke wiped blue almost entirely, severely hurt green such that even with eXcalibrator color was awful. Seems the smoke was very different in density with some areas of even this small field hit hard and other areas not so much. The result was a super gaudy image with super reds and super blues depending on the smoke as Excalibrator matches the entire field not individual stars or locations. Trying to find color images of this field taken without smoke resulted in those made from DSS red and blue plates being way too blue to the one amateur color image I found from Japan showing the field as very red. Seligman has a photo taken from an uncredited source that is closer to what I suspect is correct. I tried to adjust my color to its colors by isolating many different areas and adjusting as needed. I normally totally avoid any color adjustment that isn\'t global but had to break a hard and fast rule (never broken before that I can recall) to get this to looks at all reasonable. Normally the background of my blue images is about 400 with green at about 410 and red at 420 but with the normal exposure blue was 102, green 112 and red 121. That\'s how hard it was hit by the smoke. Brighter regions were hit very differently than the background making this one a nightmare to process. After three days of struggle, I have given up and am going with this. Since the field isn\'t all that exciting I likely won\'t try again.

NGC 6495 was discovered by Albert Marth on May 11, 1864. NGC 6500 and NGC 6501 were discovered by William Herschel on June 29, 1799. Since most of his deep sky work was prior to 1790 this was one of his last finds though he continued rarely to 1802. He died August 25, 1822, doing mostly double star work after about 1802. Even that was intermittent. Why I don\'t know. If anyone does please let me know. Neither NGC 6500 or NGC6501 are in the Herschel observing programs. I left no comment as to why I imaged this field. Usually, I take these only because they are in one or the other of the observing programs. I put in on the list years ago at a low priority so it just now was taken, long after I forgot why.

Smoke is still a pain and even worse than when this was taken. Last night the cloud sensor and IR images showed no clouds with a great sky. Using the Telrad on the 14\" I was able to point the scope at Vega and then barely see Vega. I\'d not have found it otherwise. That\'s how thick the smoke was. Local hospitals are overrun with folk who never had breathing issues to the extent they can\'t begin to keep up a who is not in that field but all were pressed into service. Local pharmacy had about 50 waiting to get prescriptions. It doesn\'t bother me nor my wife but sure is most everyone else. We have air conditioning which is rather rare here so that may be the difference. 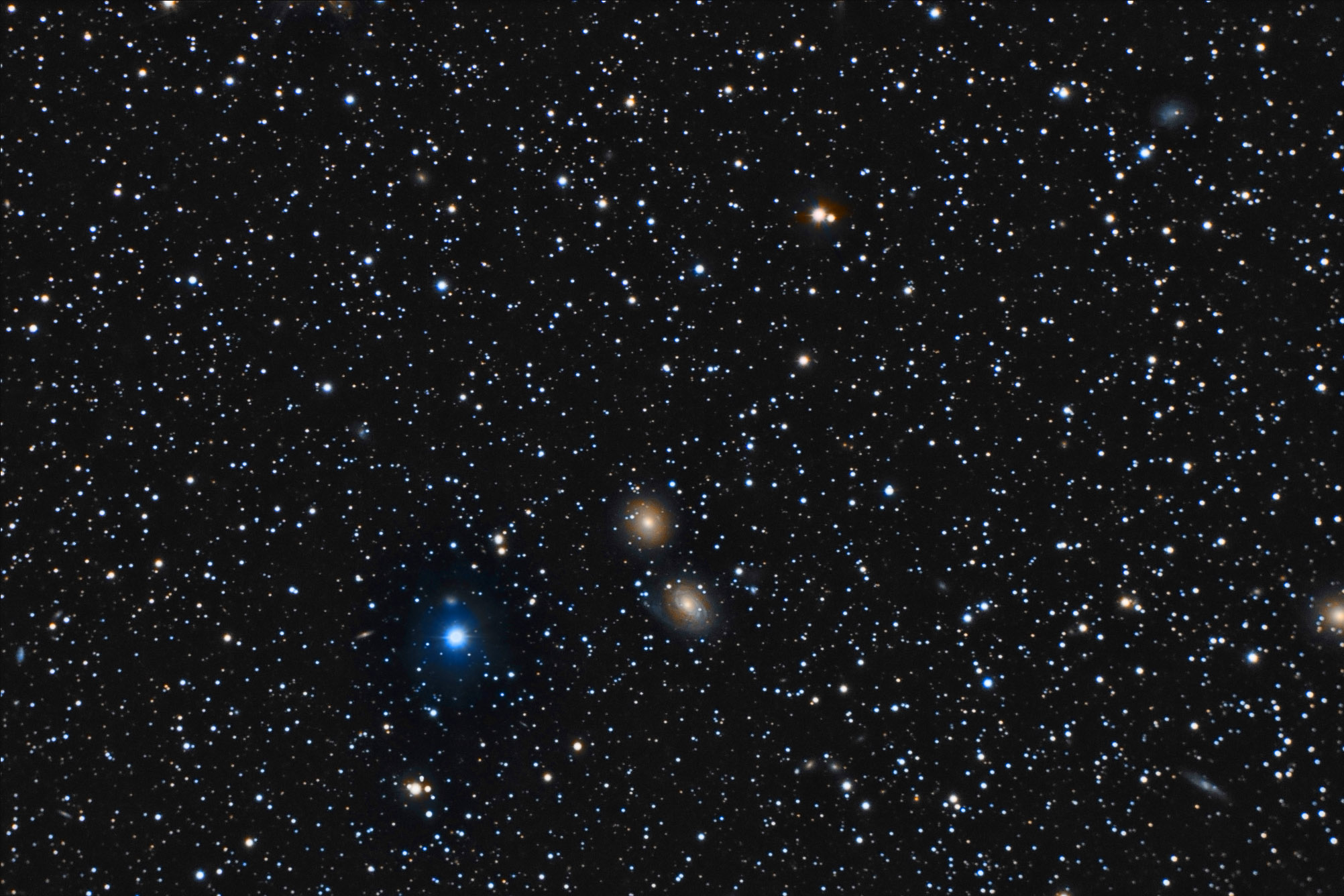 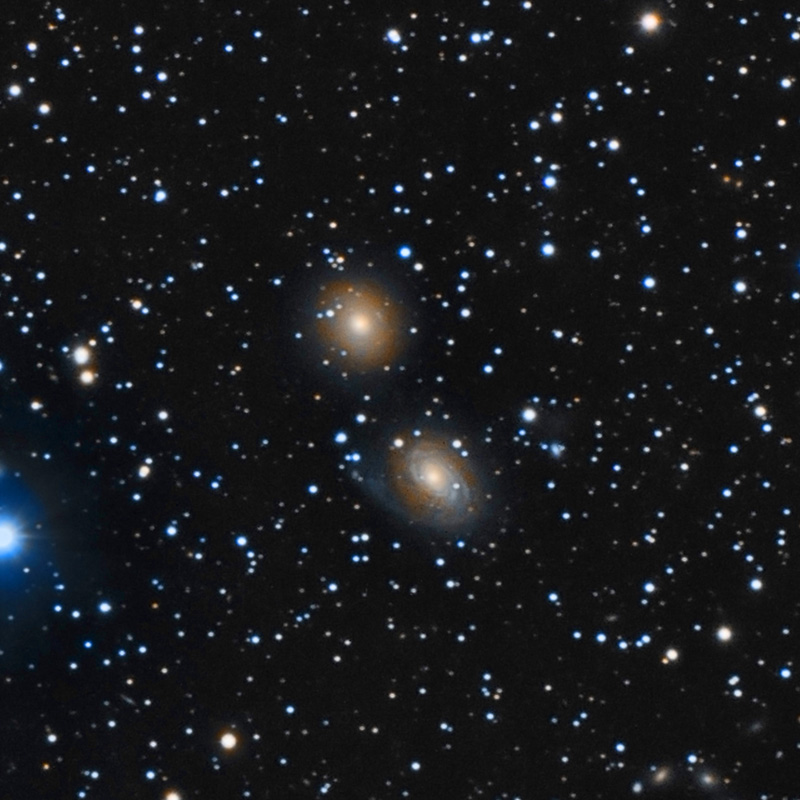 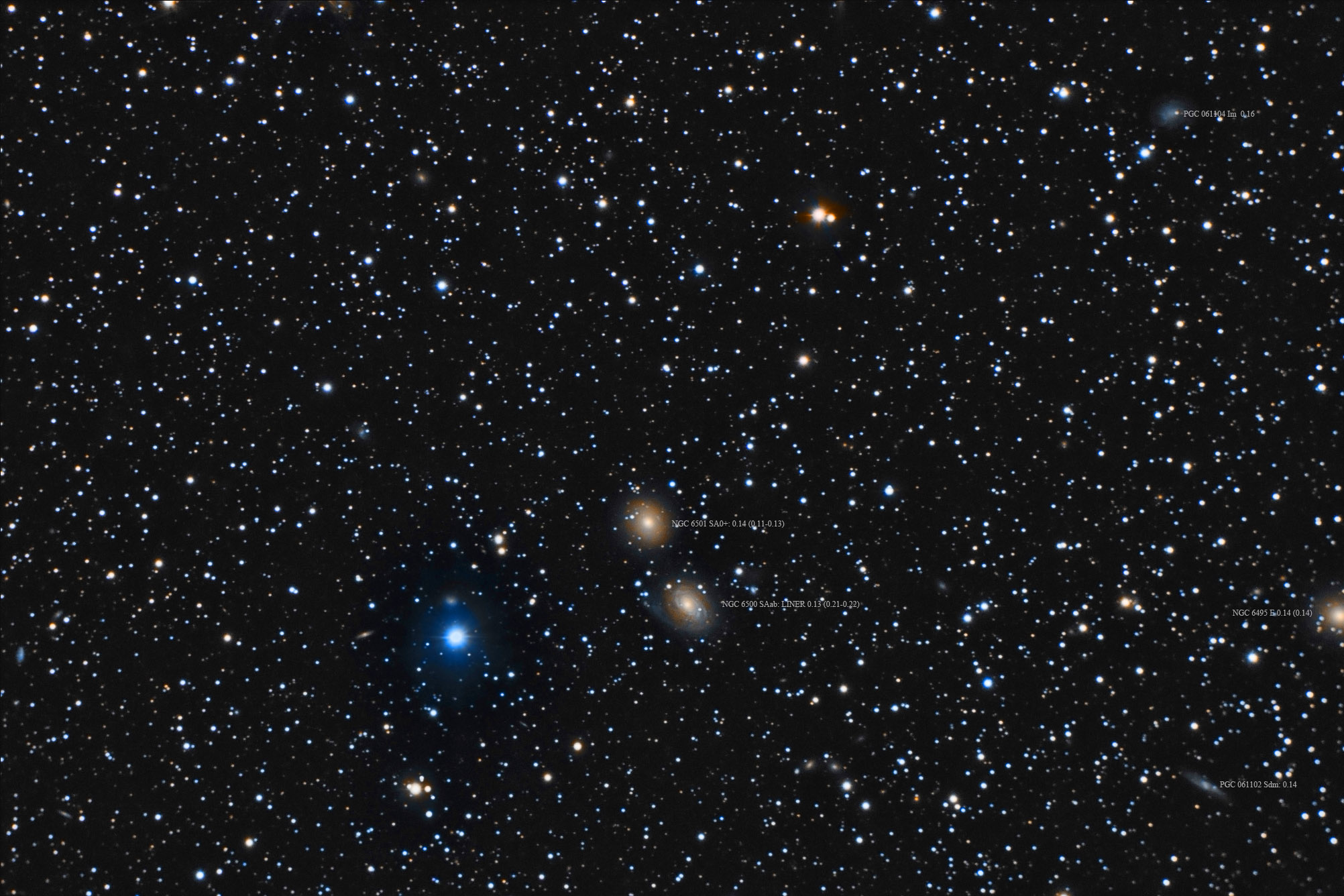