This is another early image when I wasn\'t writing much on the image or researching it. Below is what little I did have to say about it on a small list of friends I sent it to. I\'ll just add that it was discovered by Albert Marth on July 27, 1864. NED classifies it as S while Seligman says S??. It is located in Hercules.

It\'s a bit too large to land in my backyard as it is a bit over 100,000 light-years across. Nor is it unidentified, being well known as NGC 6504, a galaxy a bit over 200 million light years from us and about the same size as our galaxy. So now I\'ve seen something that looks like a flying saucer from my yard. It can be seen from any yard in the northern hemisphere and some in the southern as it is \"flying\" through the constellation of Hercules. There may even be aliens in the image. If so they are a bit below my resolution level! 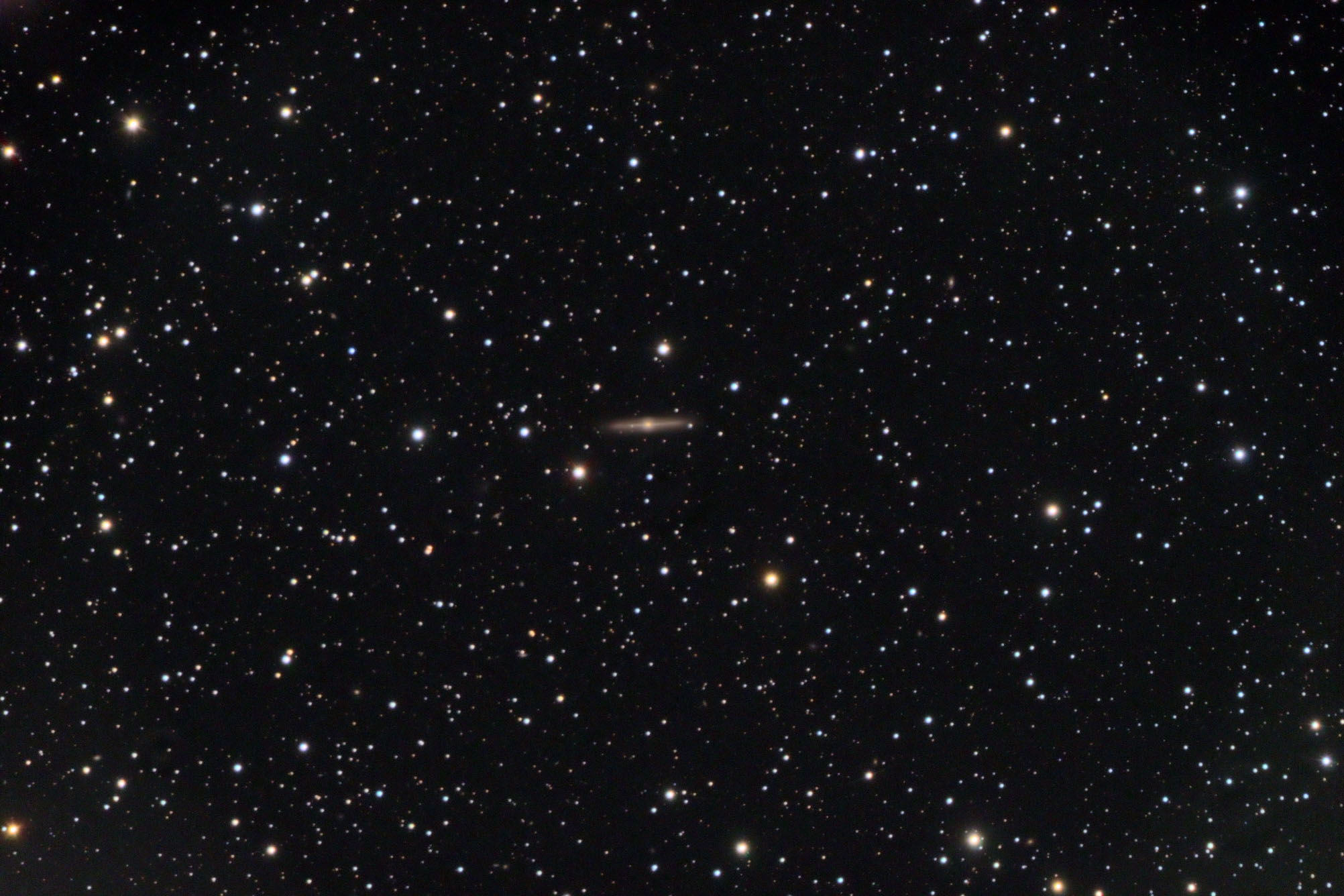