NGC 6632 is a rather peculiar galaxy in Hercules about 210 million light-years distant per its redshift measurement. It is classed as SA(rs)bc at NED, simply as Sb by the NGC project and several other sources. I consider it an Arp-like galaxy due to the odd southern arm that appears rather disrupted by some tidal effect. It looks severely warped as well. Though this might be an illusion. The source of this is hard to determine, however. To its southwest is the very weird galaxy 2MASX J18245534+2730302. It has a rather odd blue core at its north end and a rather red plume going south from it so looks quite comet-like. It is best seen in the enlarged, cropped image. No other galaxy but for NGC 6632 in the image has a redshift measurement that I found at NED. So we can\'t tell if 2MASX J18245534+2730302 is at the same distance as NGC 6632 or not. If it is, it\'s odd distortion would make it a likely candidate for what tore up NGC 6632\'s southern arm.

Another oddity is the color of the galaxy. Overall it is rather red. Very few hot blue stars are seen in it. Usually, a tidally disrupted galaxy has a lot of star formation going on and thus has some really blue stars. That doesn\'t seem to be the case here. At first, I thought something went wrong with my color balance but any attempt to change the color of the galaxy to classic spiral colors resulted in the star colors getting well out of whack. Most amateur color images show more normal coloration though a professional image and one amateur one comes up with colors much like mine. I do need to revisit this one just to be sure something didn\'t screw up the color. It was discovered by Albert Marth on June 24, 1864.

With no redshift data, I didn\'t prepare an annotated image. 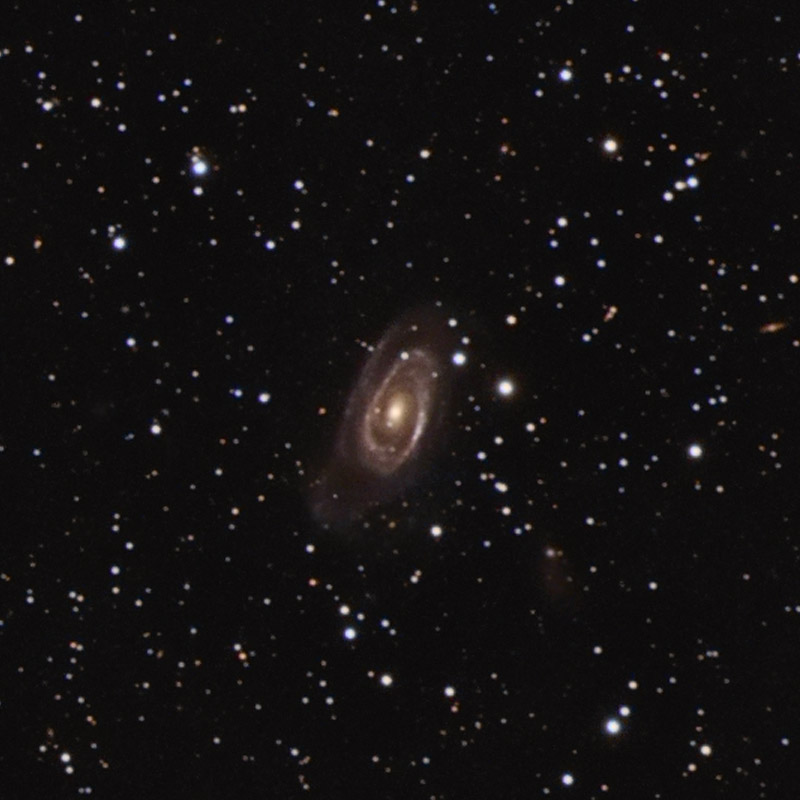 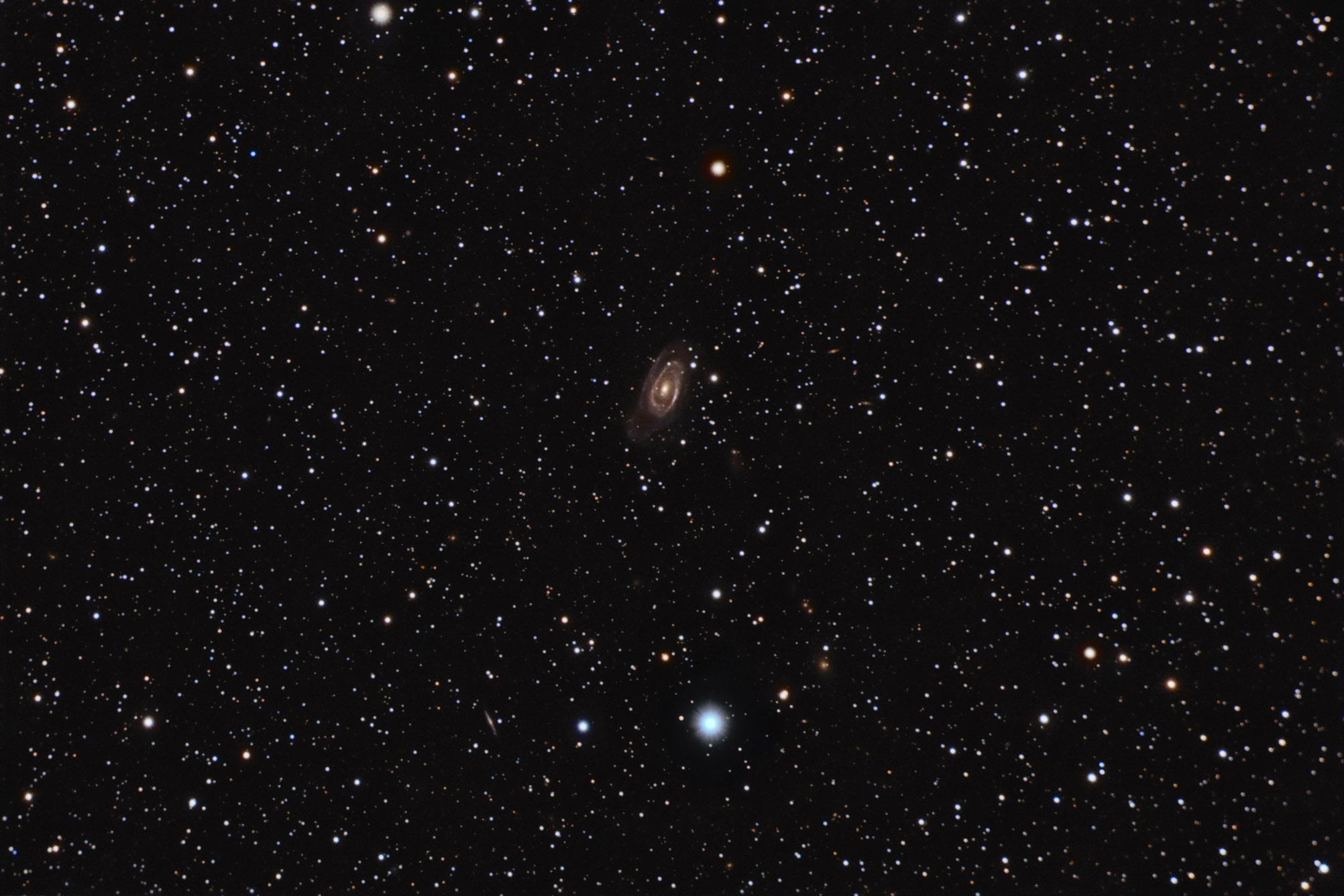