NGC 6670 is a pair of interacting edge on galaxies. Though catalogs consider it a triple or even quadruple galaxy it is seen in a Hubble Space Telescope image to be just a pair of galaxies being torn apart and reassembled due to their interaction. You can read more about it at http://hubblesite.org/image/2295/news_release/2008-16 and see the Hubble image of this train wreck. Both galaxies are strong in HII emission though the eastern one is considered stronger in this respect. Oddly, it is the western one that is reddest in my image. Apparently, that comes from red stars rather than HII activity. NED classifies only the eastern member as a spiral. Though notes consider the small blue cloud at the far eastern end of the mess as being a blue compact however the HST image shows this to be in error. I never did figure out what those saying it is 4 galaxies are seeing as the fourth object. The only candidate is CGCG 301-032 to the southeast at the same redshift but it seems too far away to be the fourth member.

NGC 6670 is located in Draco at a distance of nearly 400 million light-years by redshift. Each is about 75,000 light-years across with the total projected size being about 125,000 light-years. It was discovered by Lewis Swift on July 31, 1886. It is in a part of the sky not covered by many surveys including the Sloan Digital Sky Survey so little information is available. What few are listed as galaxies at NED, with or without redshift data are listed in my annotated image. Many stars and galaxies are listed at NED simply as UvS for being an Ultraviolet Source. None with redshift data and all listed by approximate coordinates. These have a fairly large error circle making identification difficult in some areas. With many hundred listed, I only identified a handful of the brighter ones, all with the GALEXASC prefix. 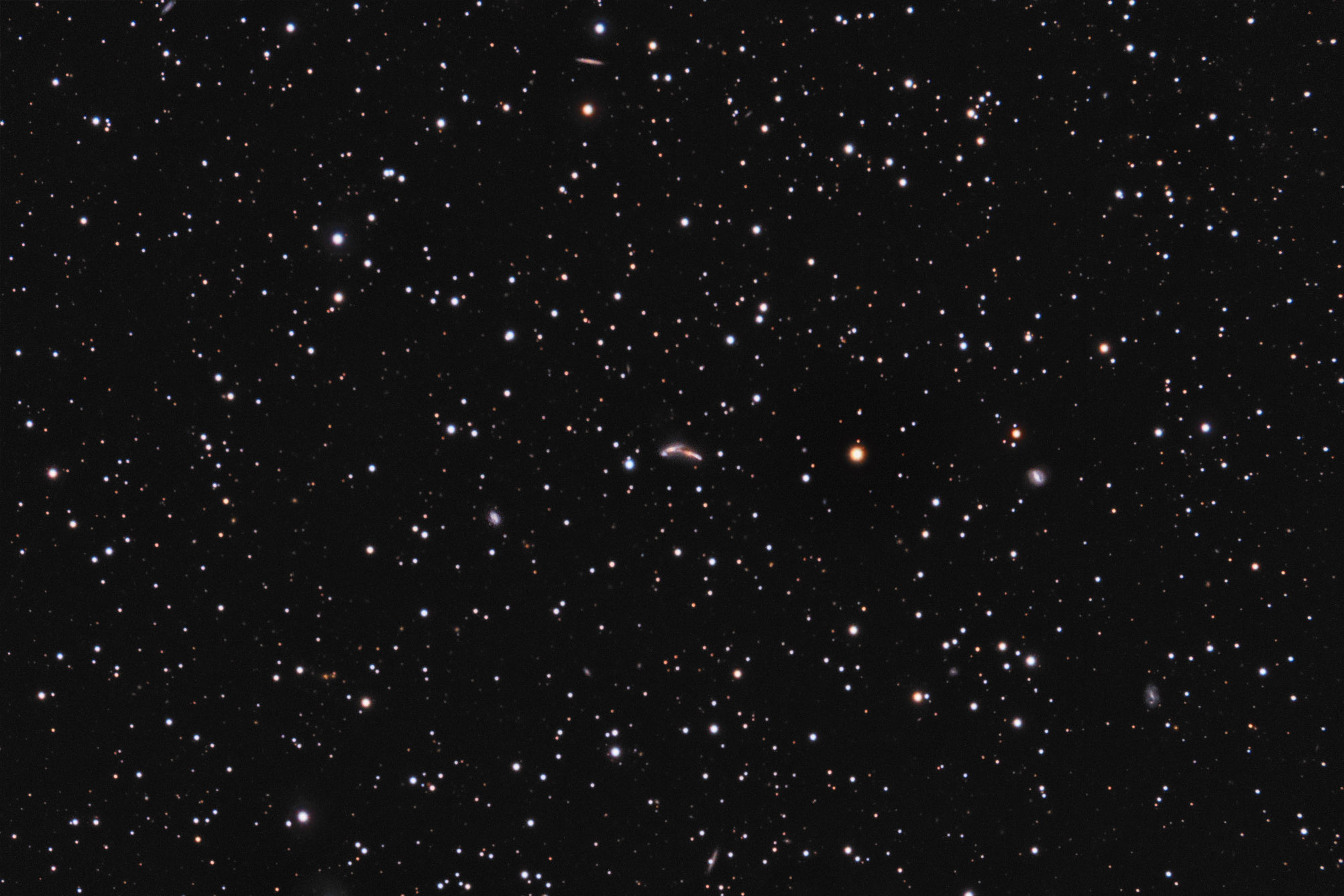 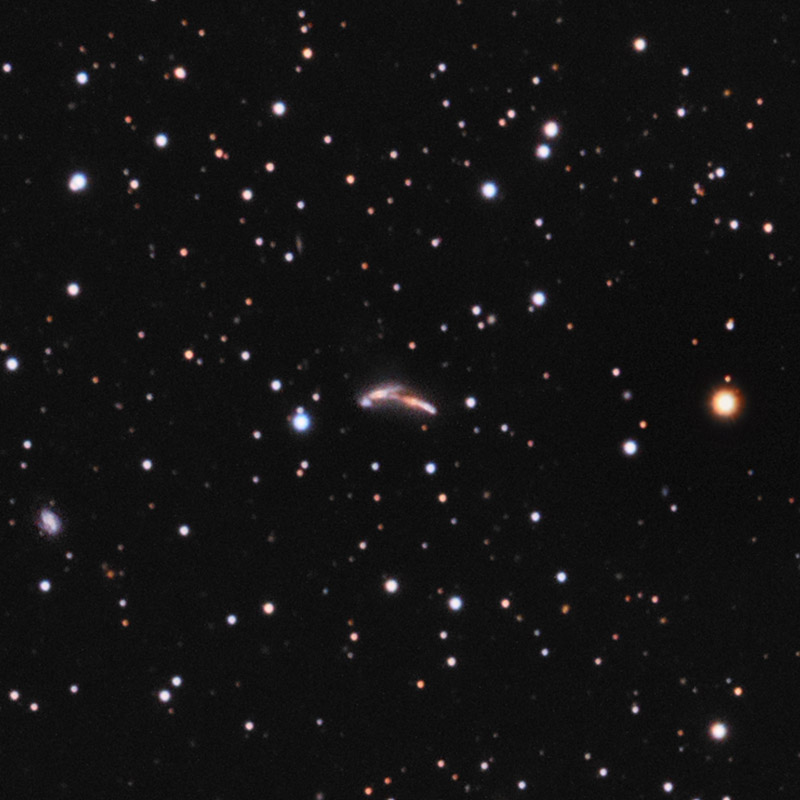 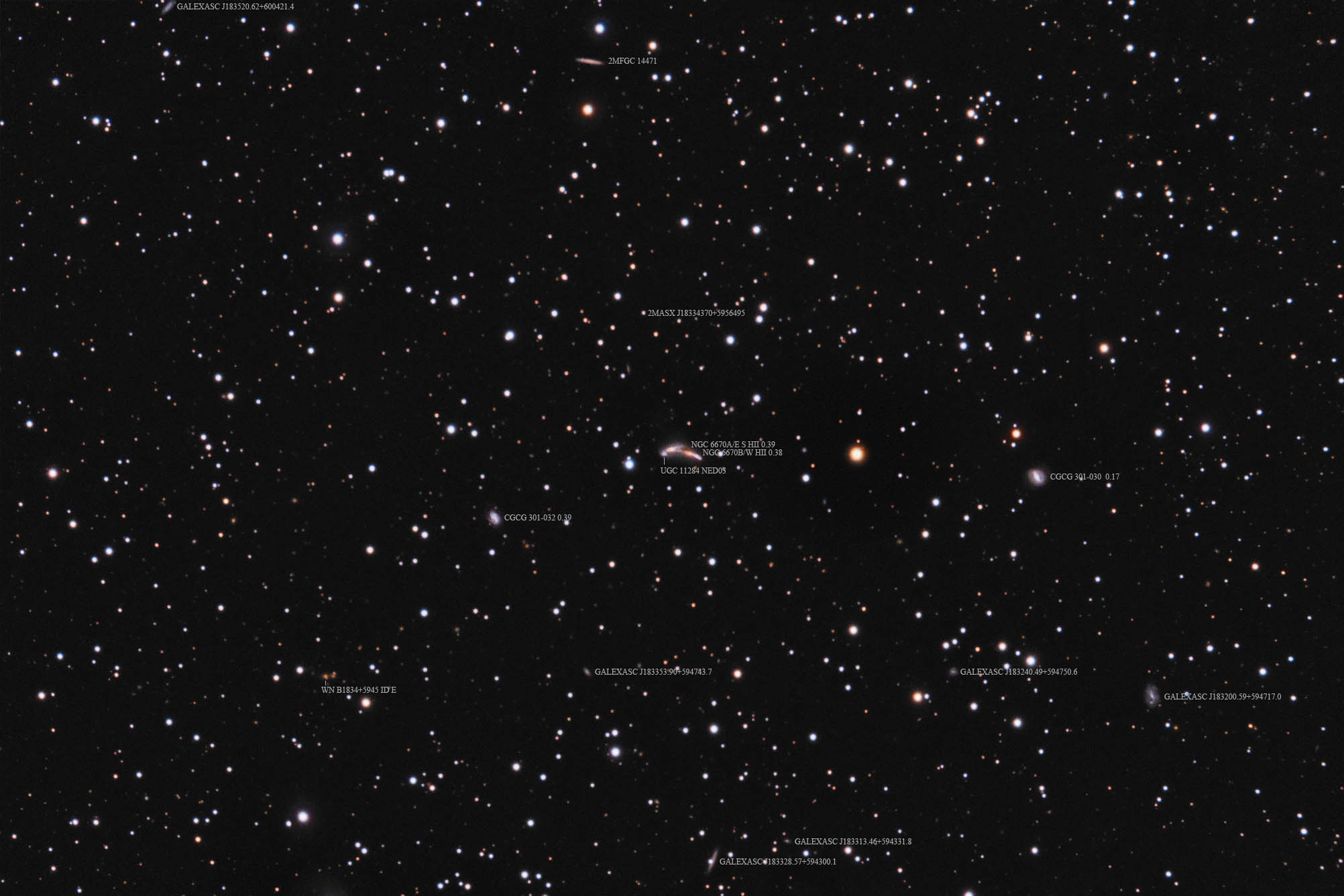