NGC 6700 is a barred spiral galaxy in Lyra about 1.75 degrees southwest of M57 and about 200 million light-years distant by redshift and 260 million light-years by Tully-Fisher measurements. I measure its size at 107,000 to 140,000 light-years depending on which distance you believe. I put it on my list as in the POSS plates it looked rather unsymmetrical. That isn\'t as strong in my image, however. NED classifies it as SB(rs)c while the NGC project doesn\'t show the ring structure saying SBc. Seligman loves question marks so says SBc?. It was discovered by Édouard Stephan on August 17, 1873. While there are a few faint background galaxies in the image none had redshift data. With nothing but coordinates for a name and not even a magnitude I didn\'t annotate the image. 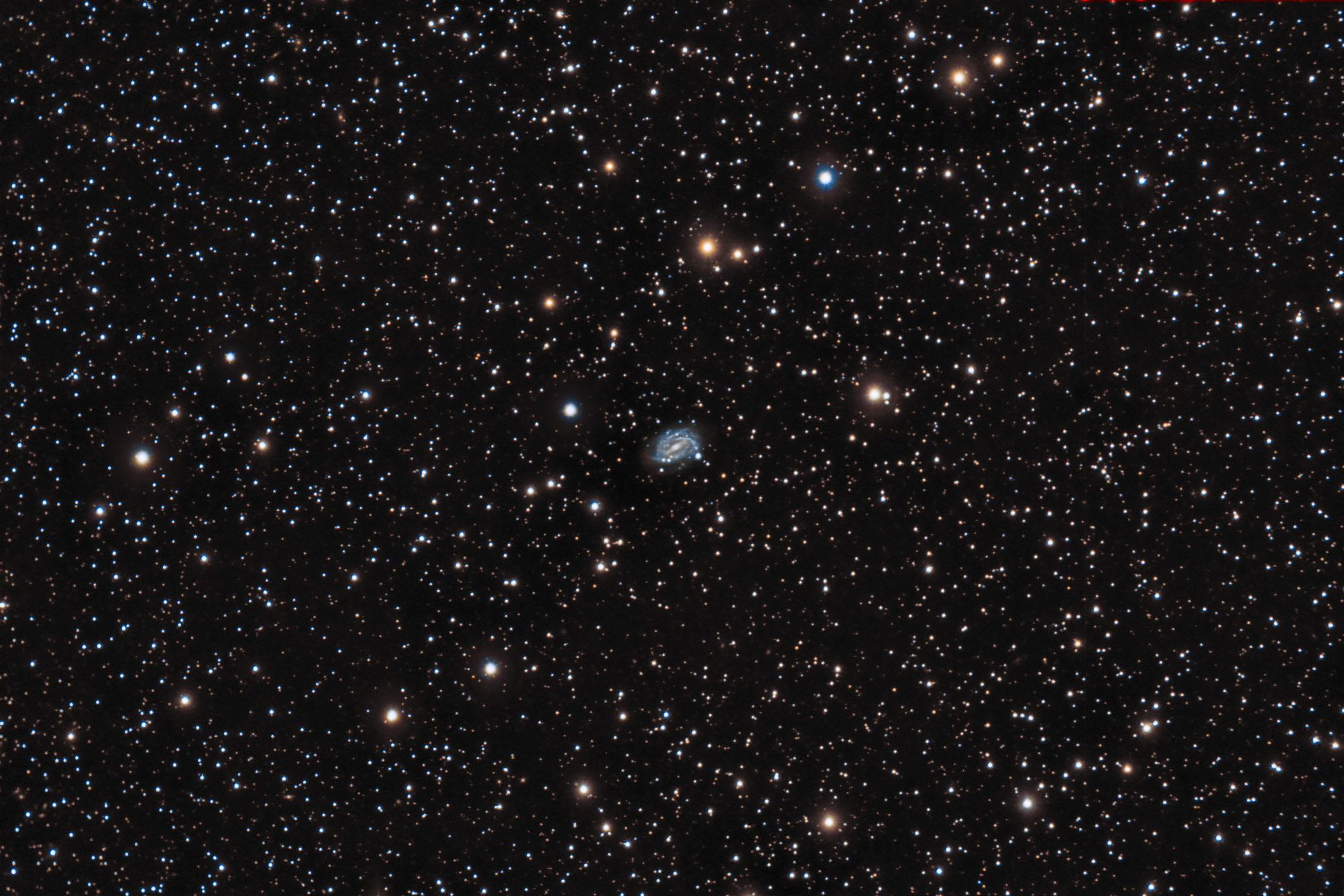 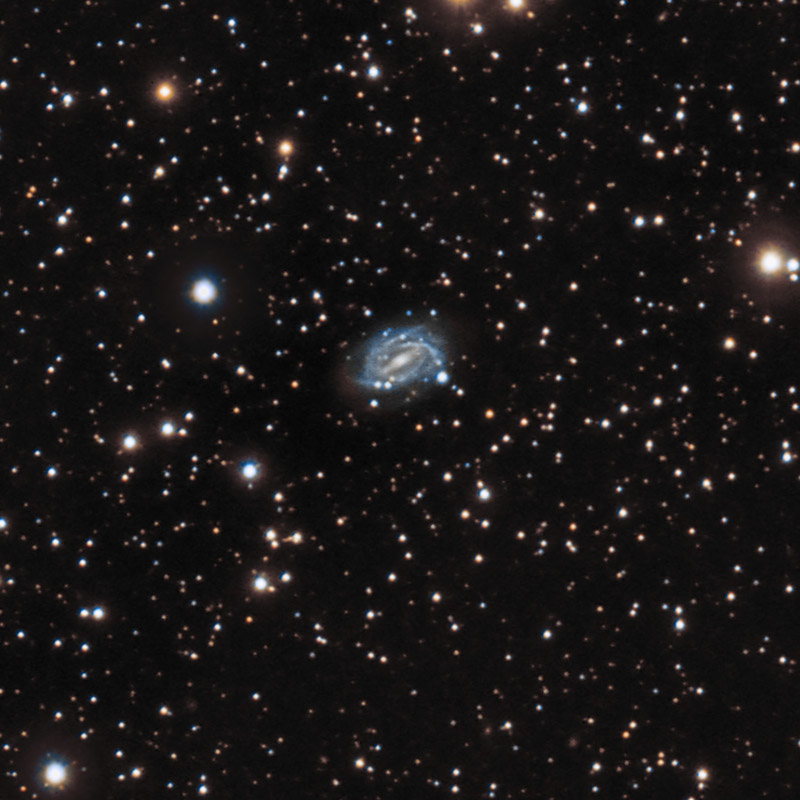