NGC 6704 is a rarely imaged open cluster in Scutum. This may be because it is only one degree north of the far glitzier M11. Also, it is located on the outskirts of Barnard 111 where extinction from the dust greatly dims and reddens the stars by about a factor of about 2. M11 is out of this reddening dust. WEBDA lists it as being some 9,700 light-years distant. They give its age as about 70 to 75 million years. For comparison, M11 is listed by WEBDA as being 6100 light-years distant so much closer but also older at 200 million years. Most sources list NGC 6704 as being about 6? minutes across which, ignoring the question mark, makes it about 17 light-years across. It is classified as Trumpler I3m. I=strongly separated from background stars; 3=wide range of star brightness and m=medium rich in stars. M11 (NGC 6705) is I2r for less range in star brightness but rich in stars compared to NGC 6704. The cluster was discovered by August Winnecke on July 23, 1854 using a 3\" Merz refractor.

Due to the lack of needed resolution, I\'m posting this one at 1.5\" per pixel rather than my usual 1\" per pixel image scale. 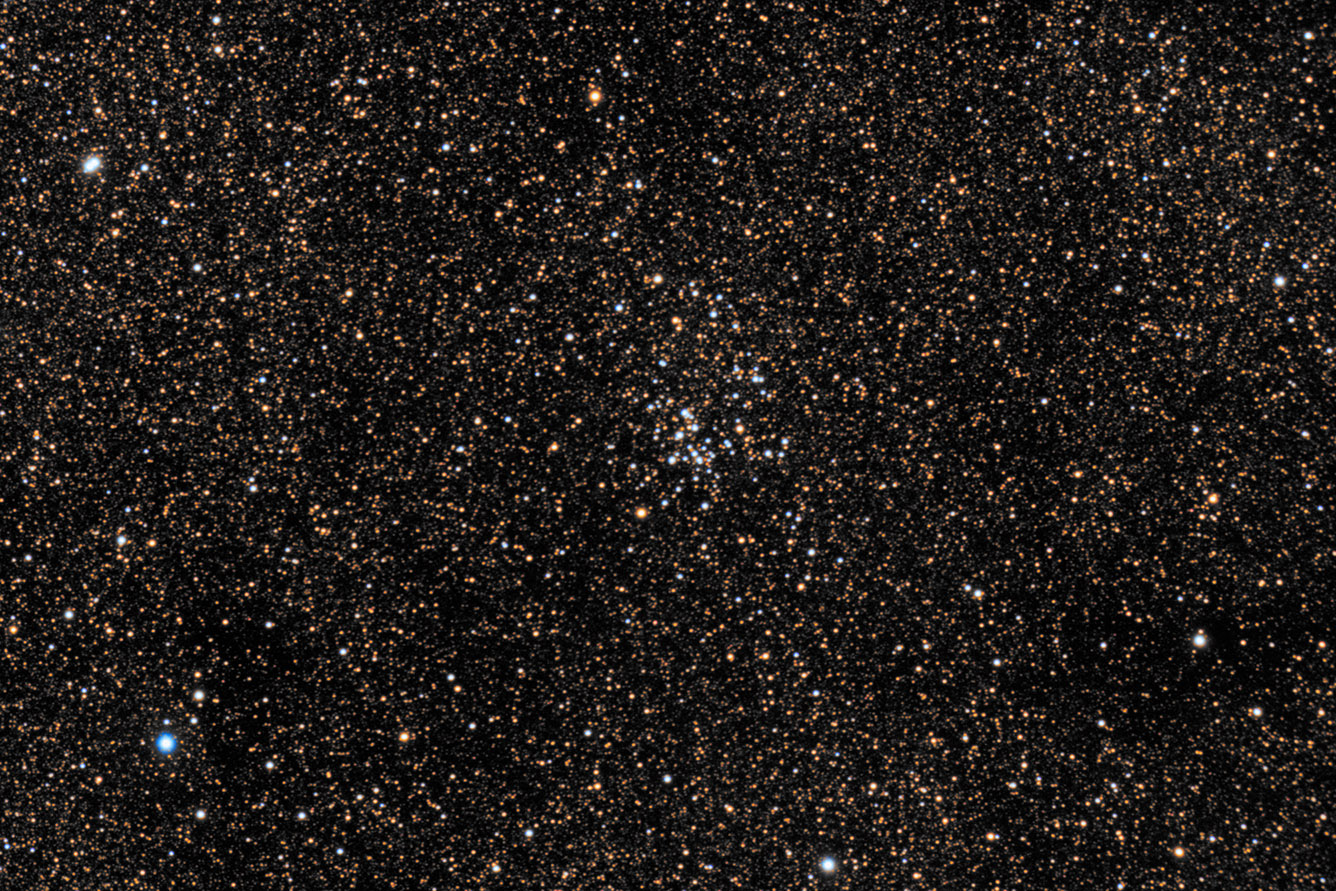