This field in Scutum fascinated me from the first time I saw it in my 10\" scope nearly 50 years ago. The Skelnate Pleso 1950 atlas was the bible of the time and showed both objects. But I could only see one. It was just a small, faint puff of light. The problem was which object was it. I had no access to any observing reports or magnitude estimates back then. I figured I was seeing NGC 6712, the globular but it wasn\'t until years later when blinking the field with the Lumicon UGC filter showed me the planetary IC 1295. After that, I could see it, barely, without the filter. Doubt I\'d have ever spotted it without the filter however. Seeing was poor the night I took this. It is on the reshoot list but so far that hasn\'t happened so I am going with this poor data.

NGC 6712:
Discovered by Le Gentil in 1749. He described it as a \"true nebula\" rather than a star cluster like the nearby M11. In 1784 William Herschel \"rediscovered\" it and again described it as a round nebula. It wasn\'t until nearly 50 years later his son John finally saw it as a globular star cluster. The cluster is about 23,000 light-years away. It is thought that due to its orbit carrying it within 1000 light-years of the Milky Way\'s core, it is being stripped of stars each passage.
http://arxiv.org/abs/astro-ph/9811173

While it still contains some million stars it must have been far larger billions of years ago. We see it through the dense Scutum star cloud so it is severely dimmed by the dust in the cloud. I expect it would be spectacular if we could see it in the clear.

IC 1295:
Information on this object is hard to come by. The central star is listed as being 15th magnitude but appears far fainter to me. I\'m assuming its the faint blue star at the center rather than the brighter off center stars. My blue data shows a strong ring edging the faint outer shell. It didn\'t register in the luminance image so is lost in my color image. Next time, if there is one, I\'ll take a bunch of blue images and see if using it as the luminance layer will help bring it out. Other than that narrow ring the nebula has no fine detail, showing just a double shell with a fainter center. I was able to find only one distance estimate by a grad student in the Georgia State University Astronomy department siting a paper by Cahn et al put it about 1300 light-years distant, thus in front of the star cloud that so dims NGC 6712. The nebula was first seen by Truman Safford on August 29, 1867. 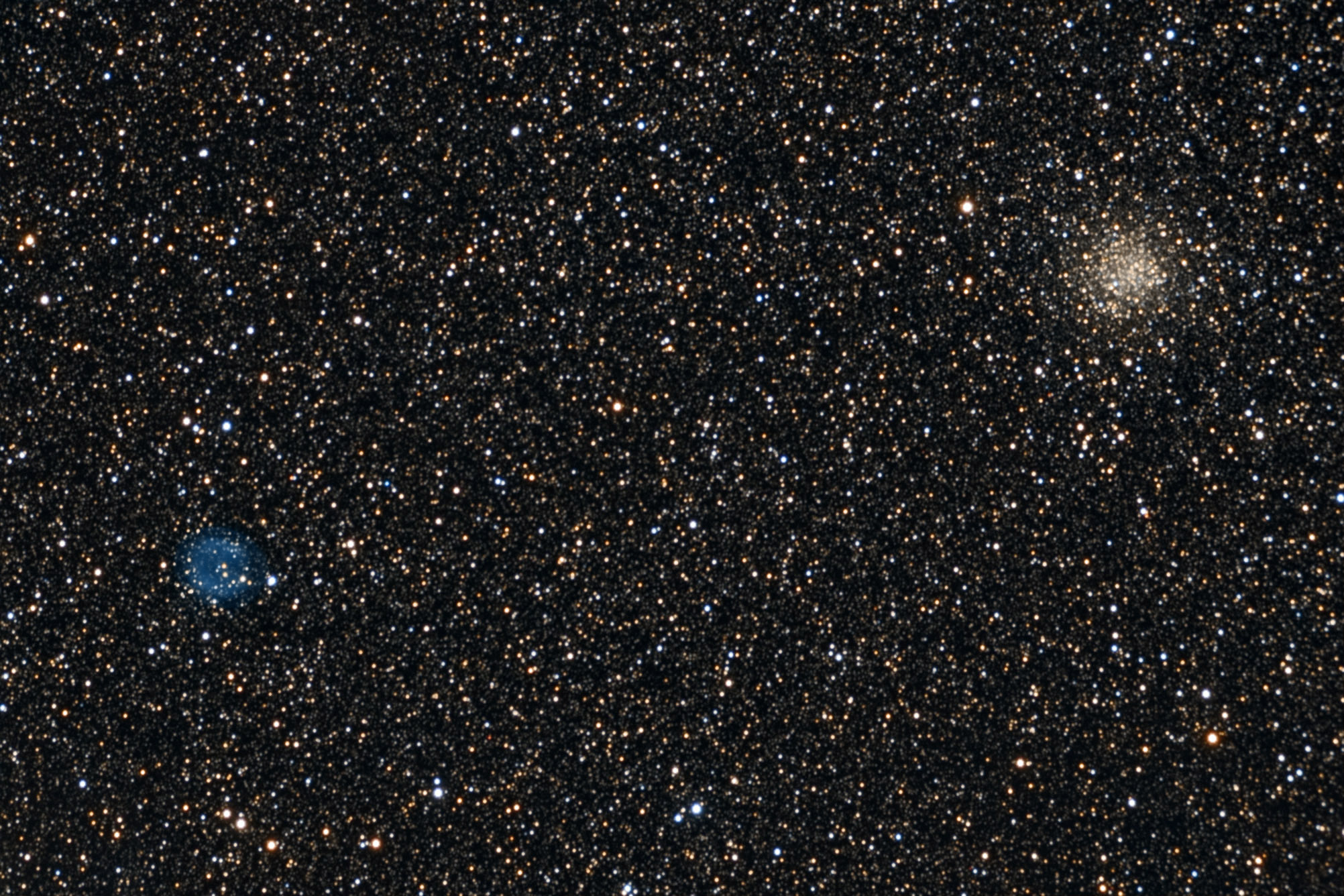