NGC 6742 is a small planetary in Draco. It\'s also what you image when you key in the wrong NGC number before you go to bed. Turned out to be somewhat interesting anyway, just not what I intended. Though I can\'t find much on it. It has some interesting internal detail. The night was good so I should have been at 1x1 binning but I suppose I should be grateful I got anything considering my slip up when entering the target numbers. I\'ve not even recorded it in my viewing log so doubt I\'ve looked at it visually. So faint I doubt any of the detail is visible in my 10\" visually. The central star is about 20th magnitude or fainter so certainly wouldn\'t be seen. The star on the west edge measures out at 15th magnitude and thus would be a challenge in that scope as well. It was discovered by William Herschel on July 8, 1788. It isn\'t in either H400 program.

There\'s a small fuzz patch right next to its northeastern limb. Is it part of the nebula or an anonymous background galaxy? Probably the latter. There are dozens of faint background galaxies in the image if you go looking for them. I couldn\'t locate any distance data for NGC 6742. 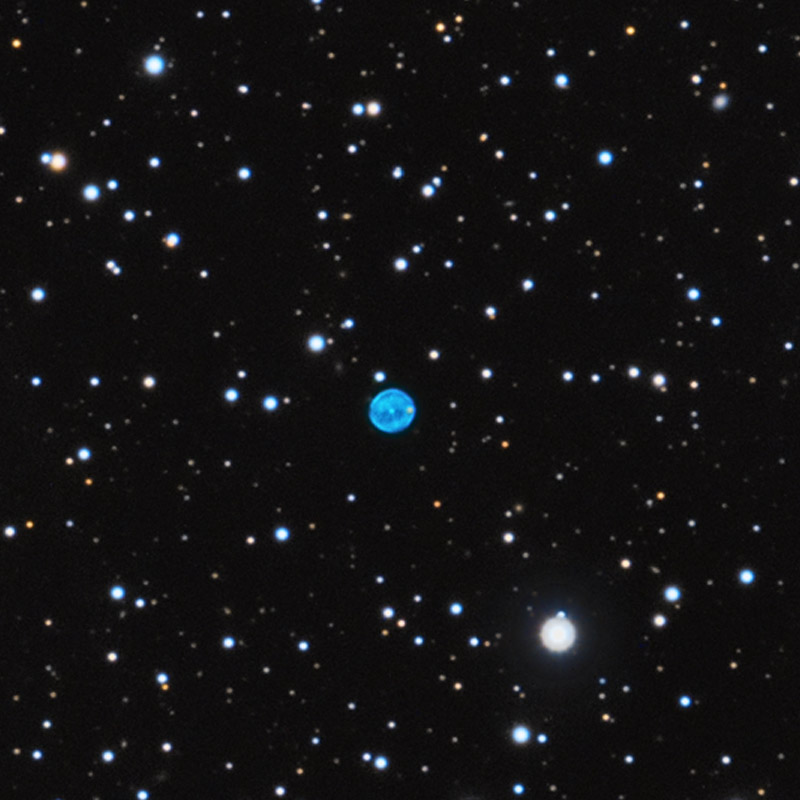 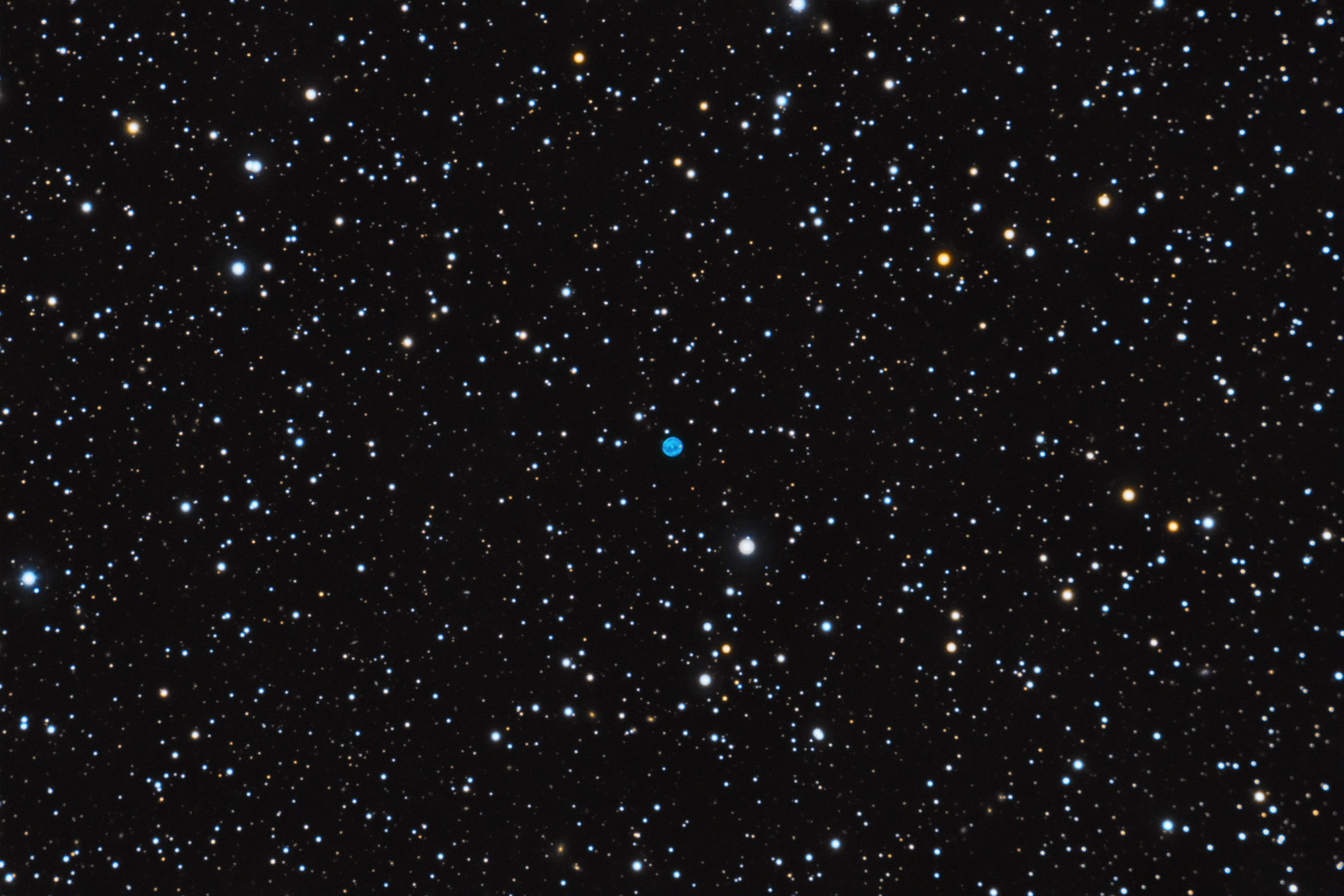