NGC 6755 is an open star cluster in Aquila that is about 4600 light years distant. To me, it is the Mitosis Cluster. When I first saw it when doing the first Herschel 400 in the early 80\'s in my 10\" f/5 my impression was that it was a cluster in the process of splitting into two clusters. I was rather surprised to see that same impression in this image of it. A pair of linear \"stretch marks\" on the west (right) side seem to indicate it is about to split. Just a bit further west is an odd narrow vertical band of stars in a wave pattern that seems to hold its width along the entire west side of the cluster furthering the impression. Or my mind is just set on seeing mitosis no matter what.

It was discovered by William Herschel on July 30, 1785. My entry from May 31, 1985 on a good night at up to 120x reads; \"A rather large cluster of faint stars with a rather small core of mostly 13th magnitude and fainter stars. There is a scattering of 25 or so brighter stars over a larger area. At 65x only the scattered stars were seen, Located in a rich area of the Milky Way so its edges are not well defined.\" My image fits my initial \"mitosis\" impression I don\'t see that core of faint stars I mention.

There\'s a nice dark nebula in the lower left corner. I couldn\'t find it in SIMBAD. Guess it isn\'t big enough for cataloging or there are just so many in the Milky Way catalogs have to stop somewhere and it didn\'t make the cut.

Seeing was poor the night I took this. Clusters need a very good night or look mushy. So I need to redo it. To help hide the seeing I reduced the image from my native 1\" per pixel to 1.5\" per pixel. With clusters that loss of resolution isn\'t significant. The entire image now fits on most of today\'s modern monitors at that scale which helps with large clusters like this one. The image was taken September 20, 2009 UTC. 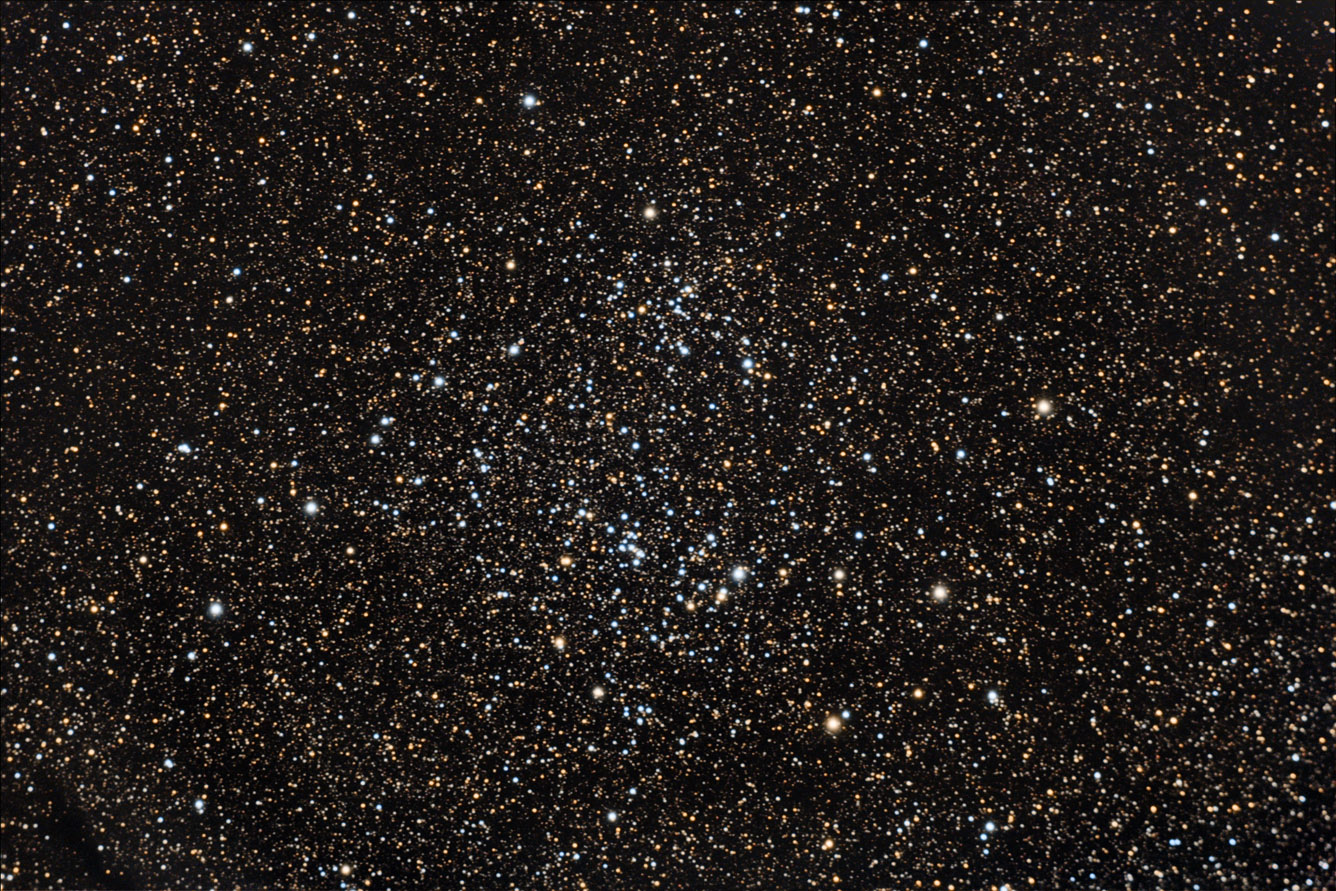