NGC 6756 is an open star cluster in Aquila. WEBDA puts it at just under 5,000 light-years distant. They put its age at about 62 million years. That young I expected it to be very blue but it wasn\'t very blue at all. That bothered me until I read it is severely obscured by dust that is reddening it by 1.18 magnitudes. That certainly explains why the stars weren\'t all that blue.

The cluster was discovered by William Herschel on August 21, 1781 is included in the first Herschel 400 observing list. He classified it as Class VII (Compressed Cluster of Small and Large Stars). My observation of it from May 21, 1985 with my 10\" f/5 reads: \"Small, very tight cluster that\'s not well resolved as only 5 stars were seen against its face. Rest of the cluster looked grainy much as a globular cluster on the verge of resolution looks. In fact, it could be easily mistaken for a globular.\" It appears the reddening also hurts the brightness of the stars adding to its poor visual appearance, at least for an open cluster. Sure doesn\'t look globular like in my image of it. I found little on it and can\'t say if the orange stars seen in it are members of the cluster or just Milky Way stars. 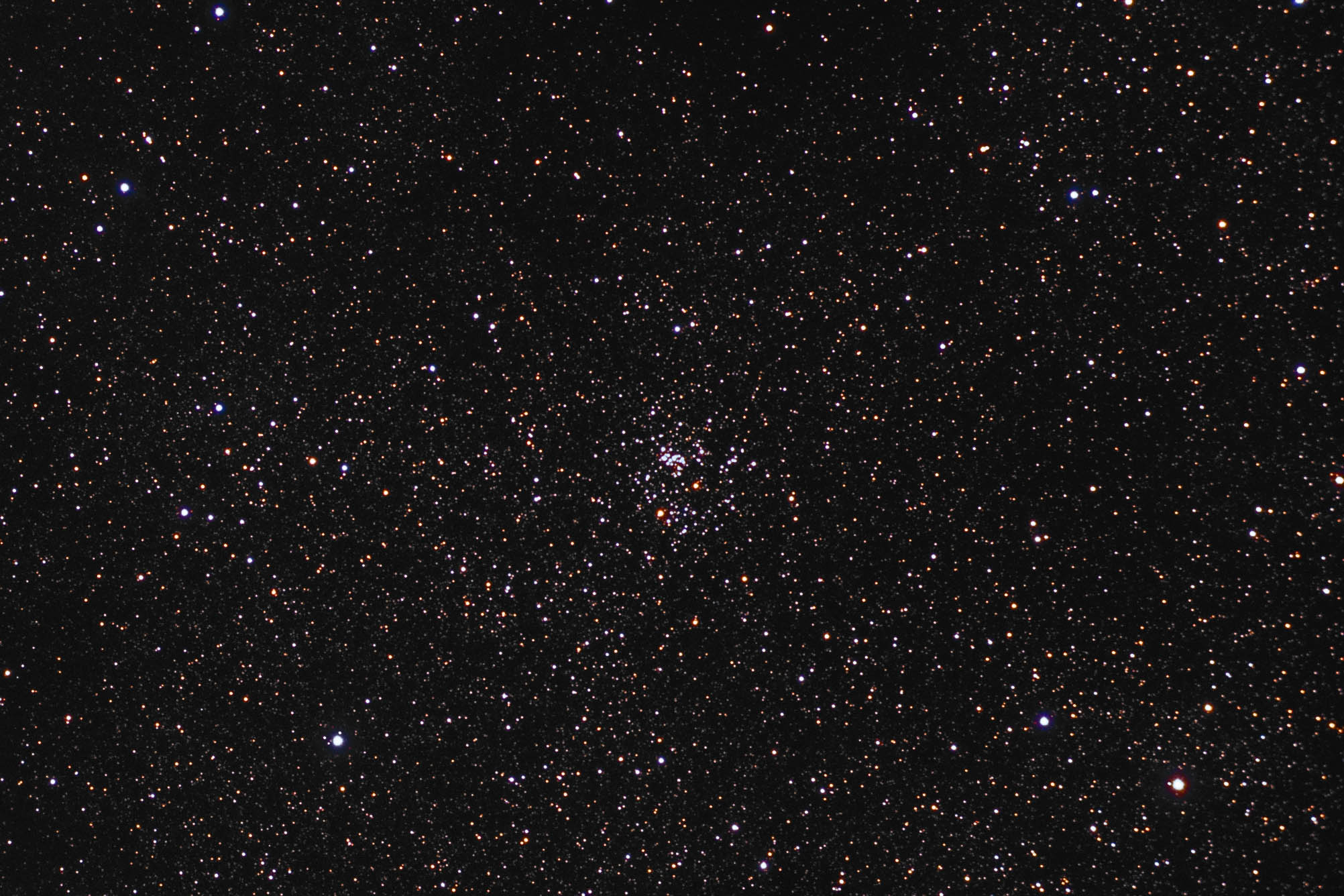