NGC 6764 is a barred spiral in Cygnus only a couple minutes of arc from the border with Draco. It is about 100 million light-years distant by both redshift and the median of Tully-Fisher measurements at NED. That makes the galaxy about 86,000 light-years in diameter. NED classifies it as SB(s)bc;LINER Sy2, The NGC Project says SBb while Seligman says SBbc?. Reading a few papers on it some say it is a LINER galaxy, others say it is a Seyfert 2 galaxy, Some say it is both and some say neither. NED says both. Nearly all agree that the spectrum shows a lot of lines normally associated with Wolf Rayet stars, especially in the bar. They also say there\'s strong HII in the bar though I didn\'t pick that up. The galaxy was discovered by Lewis Swift on July 4, 1885. Too bad I didn\'t pick up the HII as if I had it might have been the \"real\" fireworks galaxy with that discovery date.

This part of the sky is in the Zone of Avoidance so there\'s little on it. Only two galaxies have any redshift data. The spiral toward the upper right corner is PGC 2387415 with a redshift distance of 480 million light-years. It is about 80,000 light-years in diameter The edge on spiral at the far left level with NGC 6764 is LEDA 2384950 at a distance of 580 million light-years. Look closely and you\'ll see it has a faint extension to the left as if it is a plume. This gives it a rather large size of nearly 200,000 light-years. Leave off the faint plumes and it is half that size. While there are many other interesting looking galaxies in the frame none have redshift data at NED. For that reason, I didn\'t prepare an annotated image. 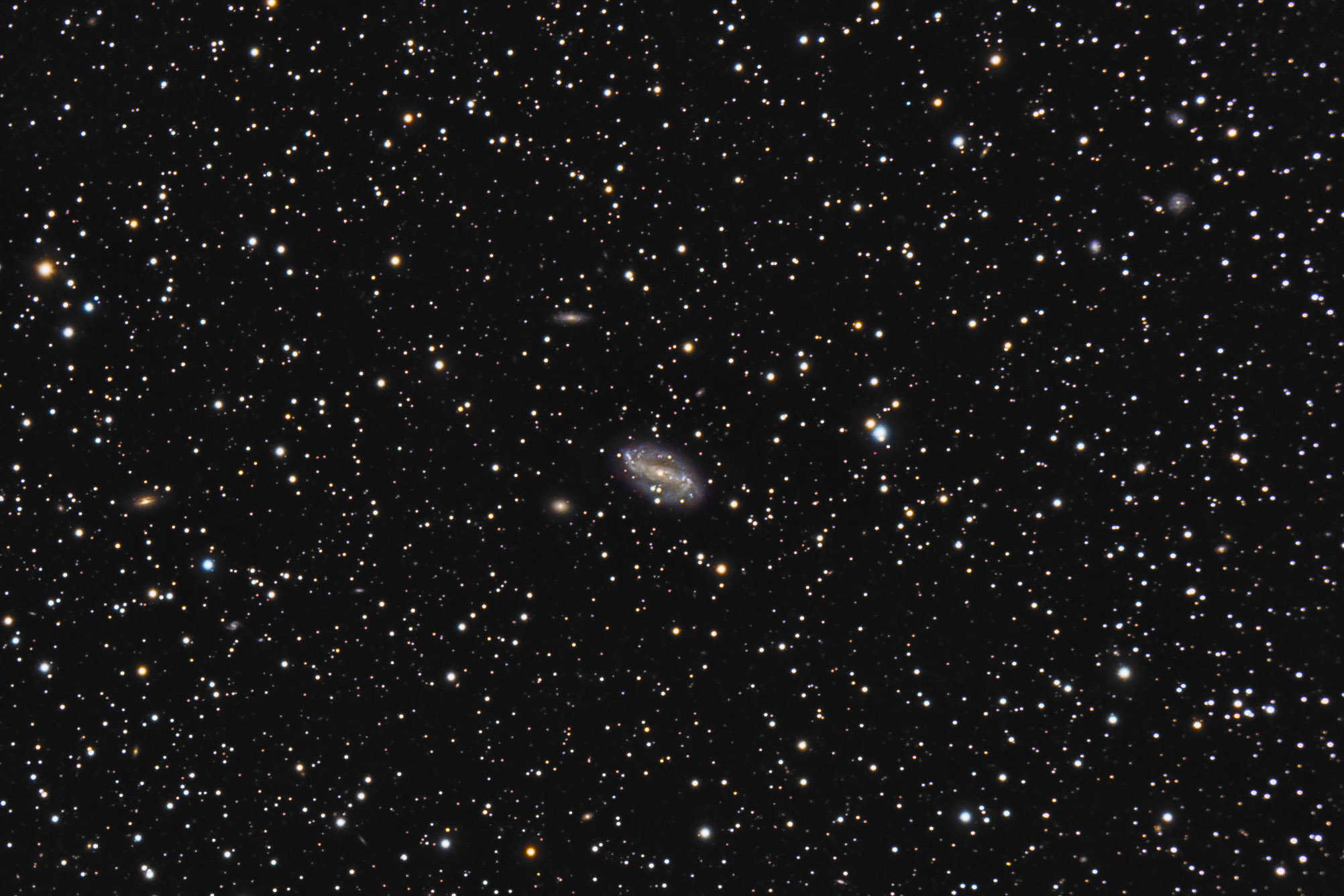 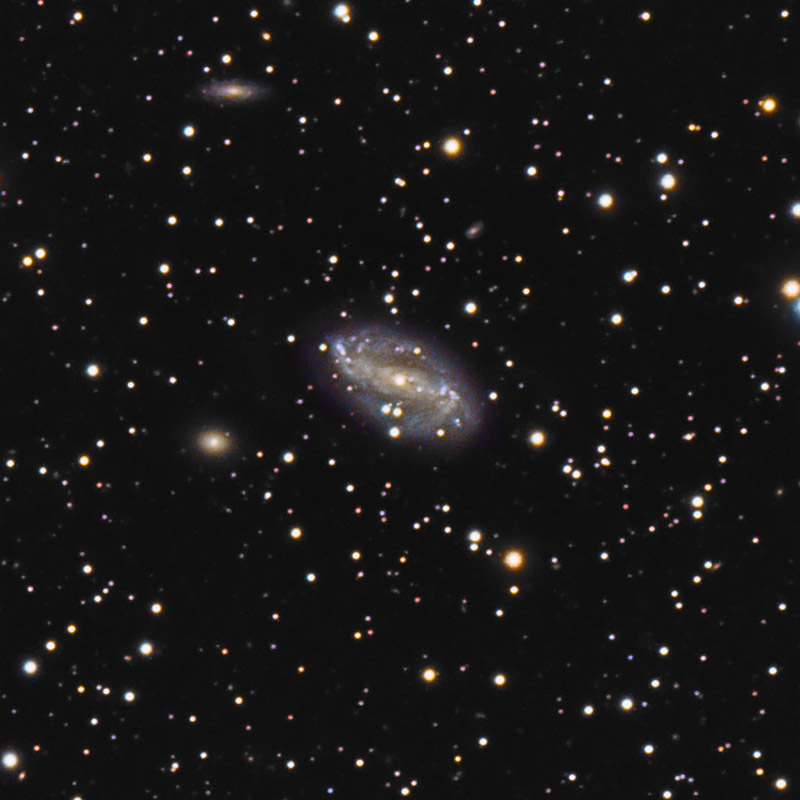