NGC 6765 is one of Lyra\'s \"other\" planetary nebulae. It has many of them. While some planetary nebula looks similar to the blue-green ball of Neptune, hence their horribly wrong name many have very strange shapes. This is one of them. It is located 1.2 degrees northwest of M56. I found many distance measurements for it. A recent distance would be about 5000 light-years. That gives it a rather large diameter of about 2 light-years. It is considered to be in the early stages of interacting with the InterStellar Medium. For early stage, it sure looks messed up to me.

I believe its central star is the star just north of the tiny H alpha pink spot near its center. When that spot appeared I thought I had a glitch in my data but I\'ve found a couple high-resolution images of this planetary that show it to be real. Strange but real. While I said H alpha it could well be NII emission or a combination. Someone with 3nm Ha and NII filters could answer this question but I don\'t have either and this is a pure LRGB image. It was discovered by Albert Marth on June 28, 1864.

If you look closely you\'ll see quite a few background galaxies, about 17 are listed in NED but some have coordinates with an error bar so large it is hard to pin them down. None listed in NED have even a magnitude let alone a distance estimate. Those with good coordinates come from the 2MASS catalog so miss those without strong 2 micron emission, that\'s most of them though most of the brightest and largest did make that catalog. Without any useful data and names that only are their coordinates and the vast number of stars making labels hard to read I didn\'t bother with an annotated image this time. 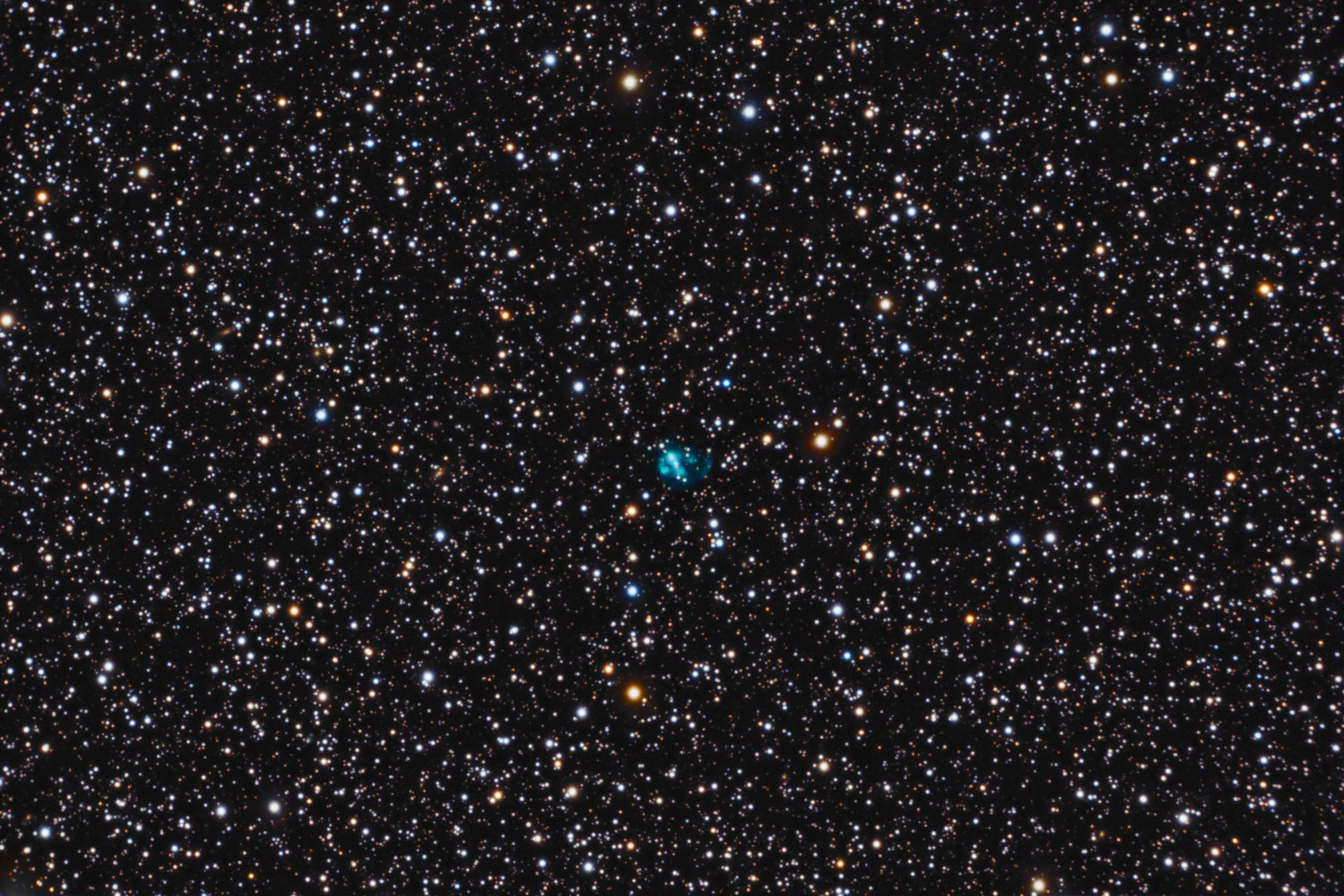 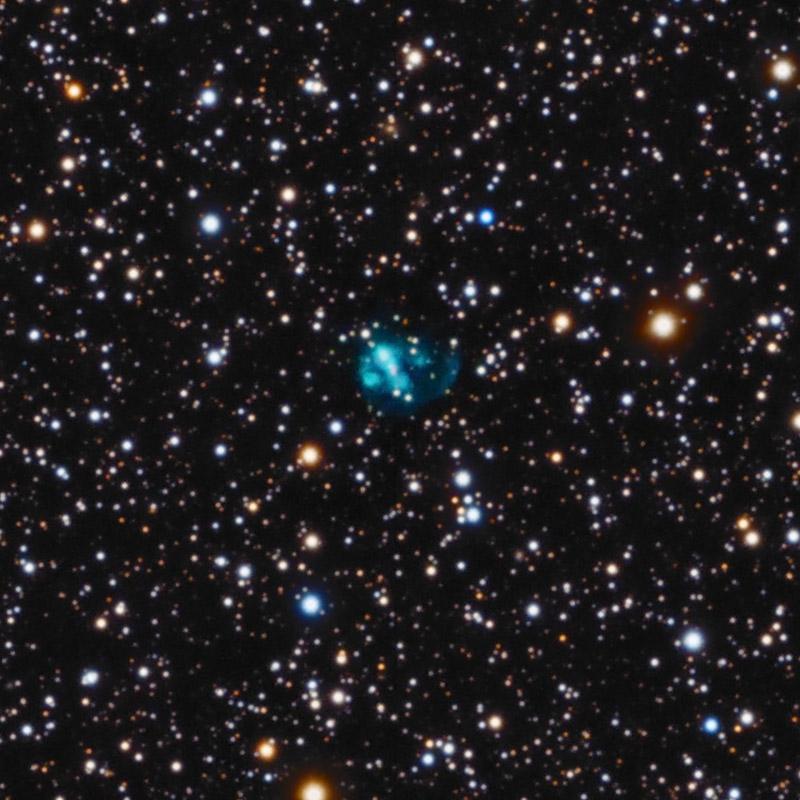