NGC 6772 is one of many planetary nebulae in Aquila. It is one of the better ones, at least photographically speaking. It was discovered by William Herschel on July 21, 1784. It is in the second H400 program. Unfortunately, my notes from that got lost in my move up here so I have no visual impression of it. Its parallelogram shape is rather unusual. It might be due to interaction with the interstellar medium but I didn\'t find anything on it. In fact, I found very little on it, not even a distance estimate.

This was a very early image of mine, even before I did any research. In fact, while I processed it, it was then lost on the hard drive for 11 years before I found it working on these pages. 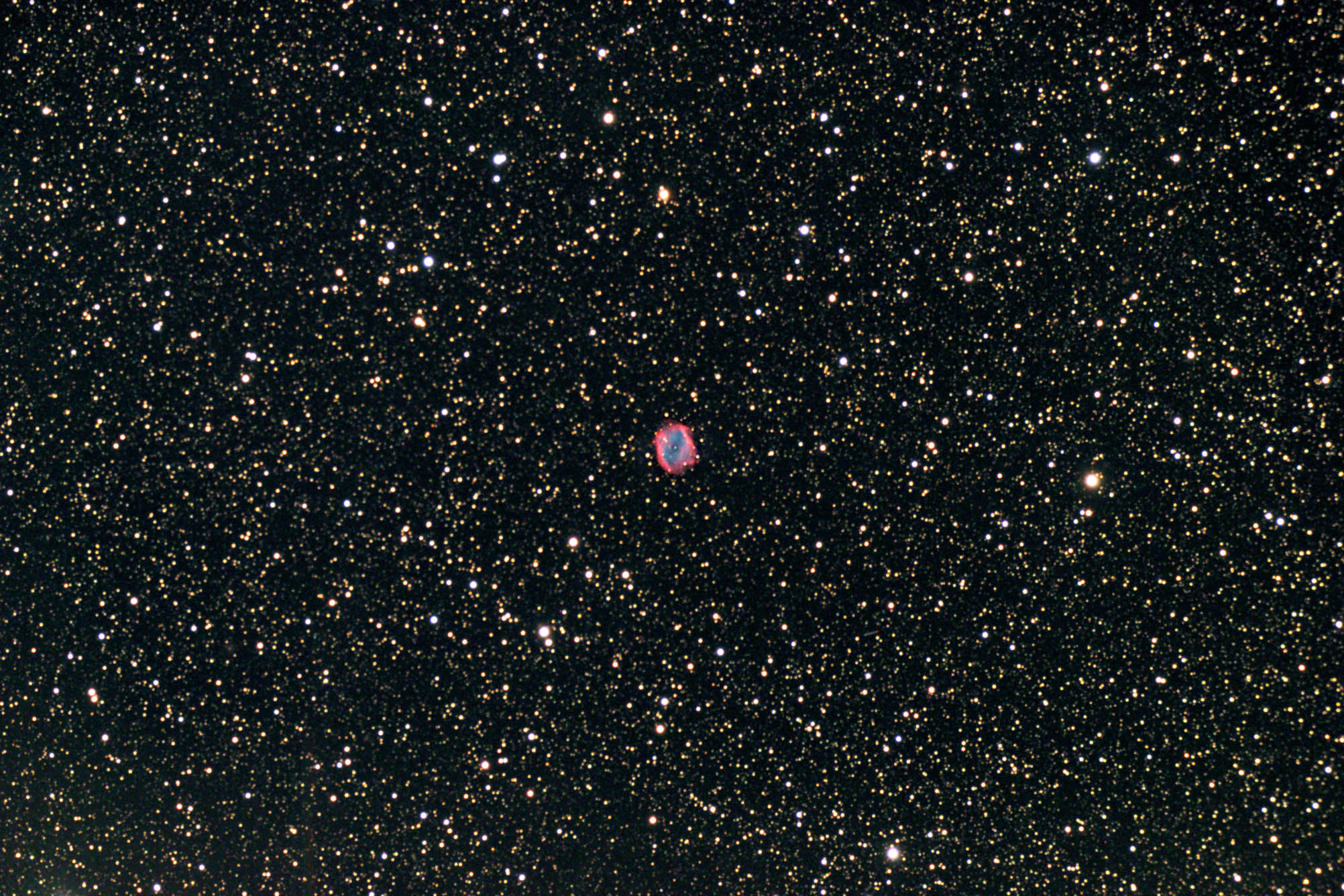