NGC 6786 and UGC 11415 are a pair of interacting galaxies in eastern Draco just west of Tau Draconis which gave me fits and casts the nasty glare into the eastern side of my image. The pair is listed as VV414. They are about 340 million light-years distant by redshift and 350 million light-years away according to the HST website. This may be a rounding difference. The southern galaxy, NGC 6786. It is classified as an SB? Sy1 galaxy by NED and SBbc by the NGC project and SBbc? by Seligman. No one gave it a \"pec\" label. It was discovered by Lewis Swift on October 3, 1886. I measure its size as a bit over 100,000 light-years. That is helped by the drawing out of the arms due to interaction with UGC 11415. The CPCG says of it: \"Distorted blue spiral, one pronounced and one washed-out arm.\" The UGC adds \"Thin bright arm in direction of UGC 11415.

UGC 11415 is listed at NED as S? Sy2. Including the long arm to the north, it too is about 100,000 light-years in diameter. It is listed in the CPCG as a \"Blue distorted spiral.\" While the UGC adds the adjective diffuse to that description. A blue field star makes seeing its core area details rather difficult at my resolution.

This pair has been imaged by the HST. Their take on them can be seen at: http://hubblesite.org/image/2289/news_release/2008-16 which shows a \"little\" more detail than I was able to capture.

Being far north and in the summer skies, these two were the only galaxies in NED with redshift values in the field. In fact, the rather large low surface brightness possible spiral south of the pair and third largest galaxy, in angular size, in the image isn\'t listed at NED at all except as an ultraviolet source (not a galaxy) as recorded by the GALEX satellite. It is LEDA 214717 according to SIMBAD and according to The Sky\'s database is listed at magnitude 18.4. I found nothing else on it. So no annotated image was prepared. 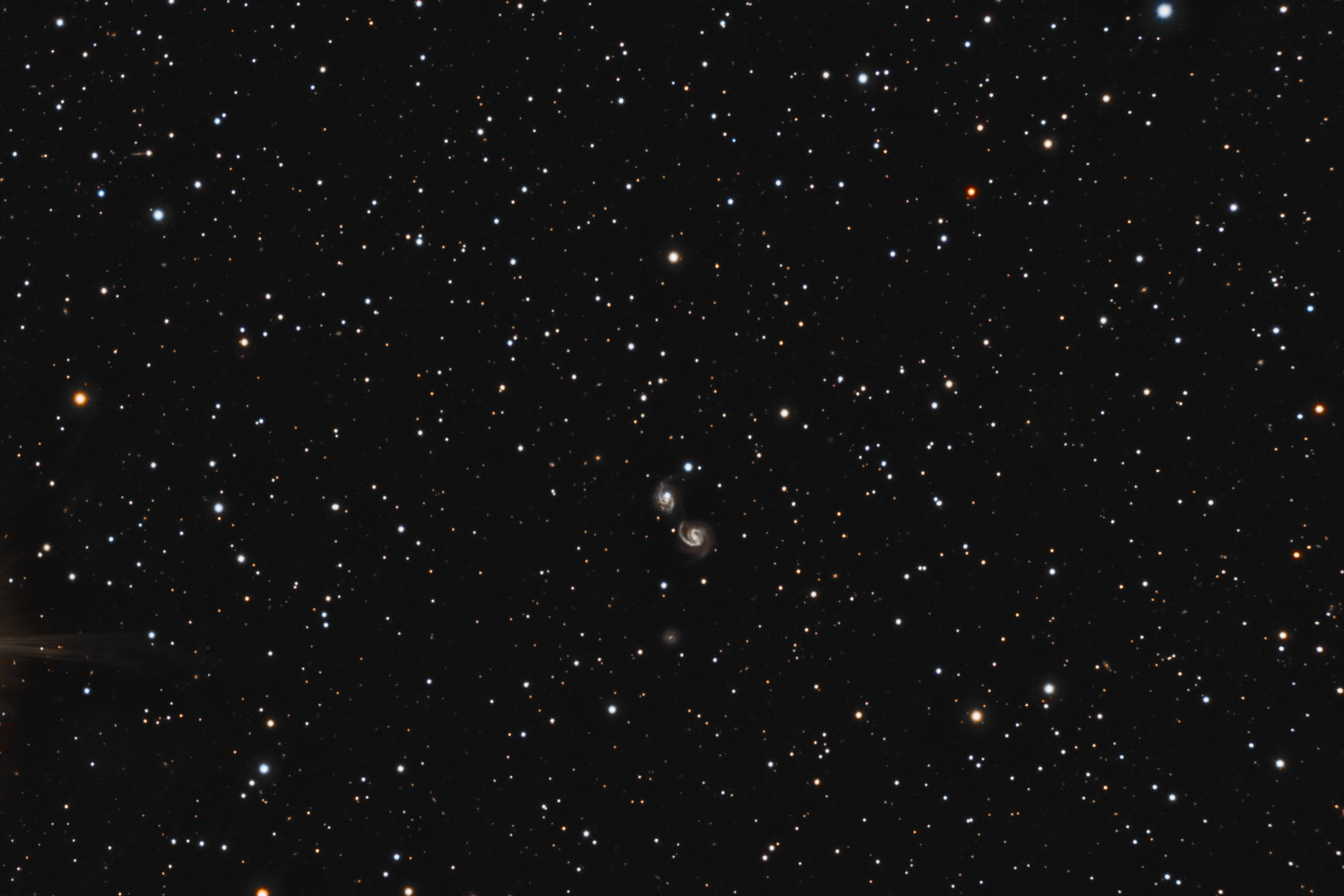 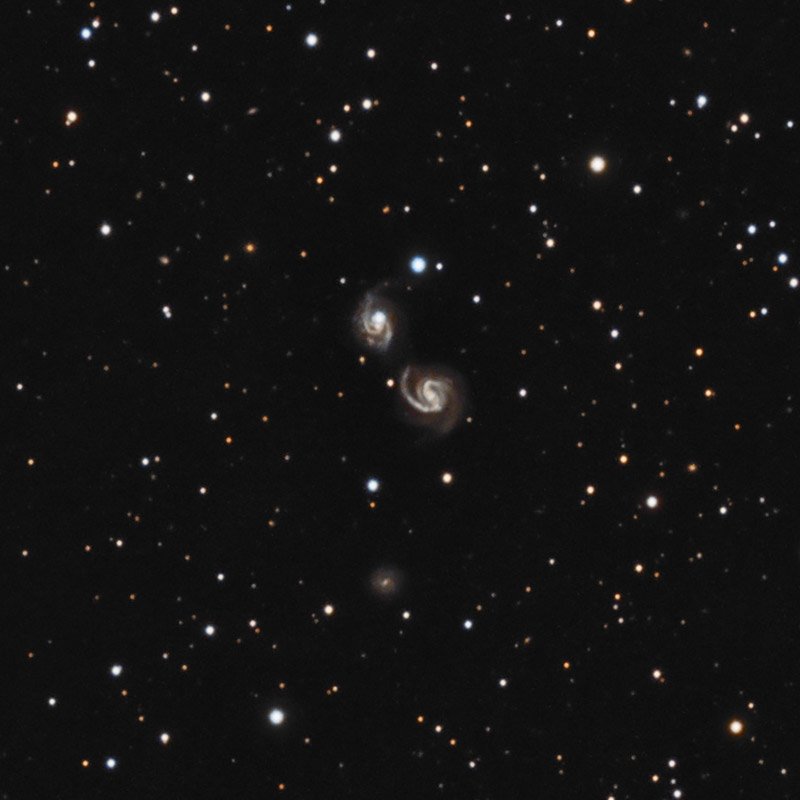