NGC 6802 is a type III1m open cluster in Vulpecula. It was discovered by William Herschel on September 22, 1783. It\'s not in either H400 program. WEBDA puts the age of the cluster at about 3/4 of a billion years. Rather old for an open cluster as tidal forces usually rip them apart faster than this. Could its elongated shape be due to tidal forces? I doubt it but found nothing on this either way. Its distance is about 3,700 light-years according to WEBDA and it is reddened by nearly a magnitude. Still, it has blue stars. Its main claim to fame is that it is on the end of the \"Coathanger\" an asterism that looks just like its name. It is located in southwestern Vulpecula.

This is another of my very early images when I did no research and my imaging and processing skills were nearly non-exist. 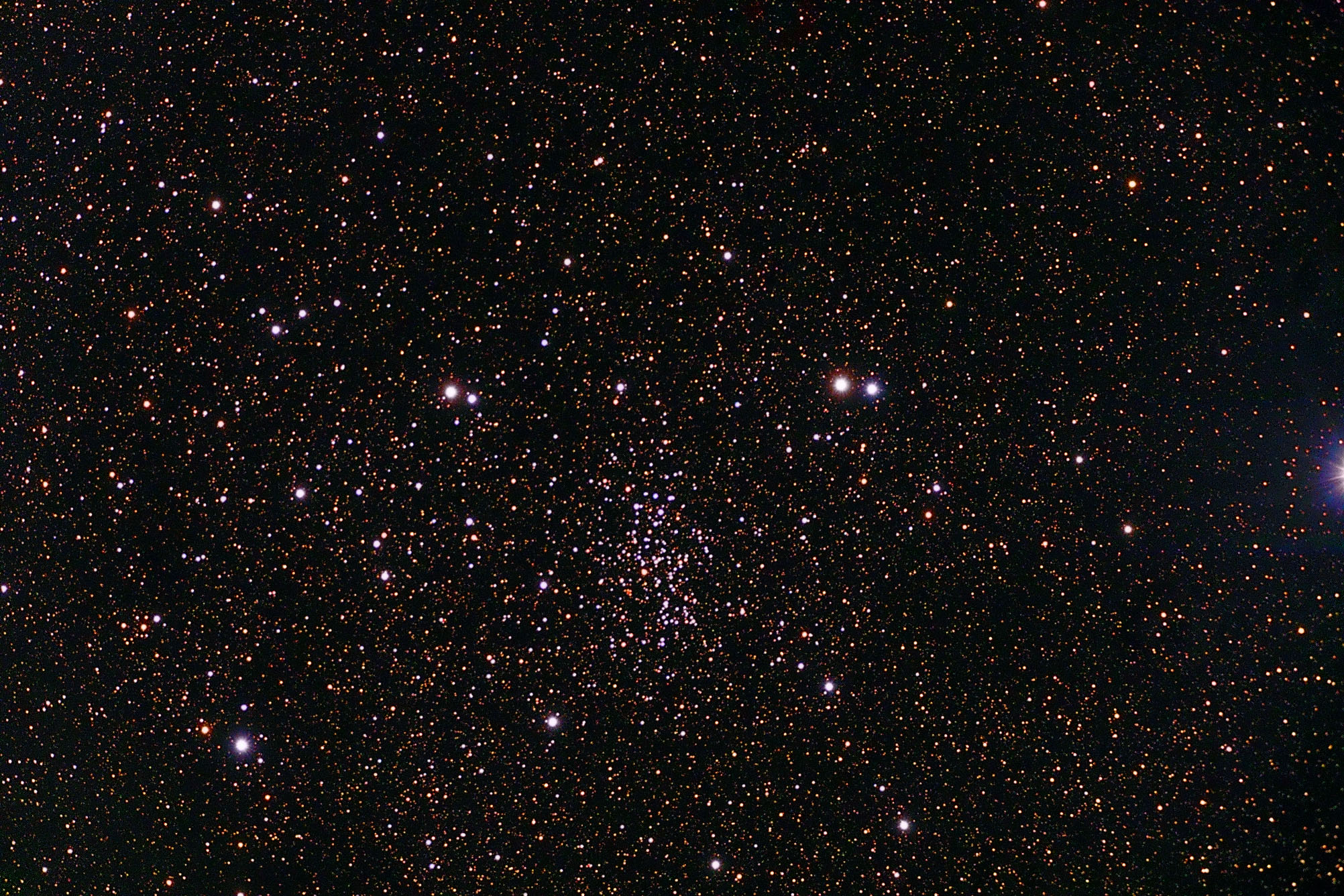