NGC 6804 is a planetary nebula in Aquila, one of many in the constellation. It was discovered by William Herschel on August 25, 1791. It is in the second H400 program. My notes from that were lost in the move to Minnesota. I\'ve not looked at it visually since.

Distance estimates to planetary nebula tend to be guesses more than measurements. NOAO puts it at 4,200 light-years. The eastern side seems flattened. Some papers say this is due to its interaction with the interstellar medium.

This is another early image from 2007 when I did no research so the above is all I found easily. I will try and update this as time permits. 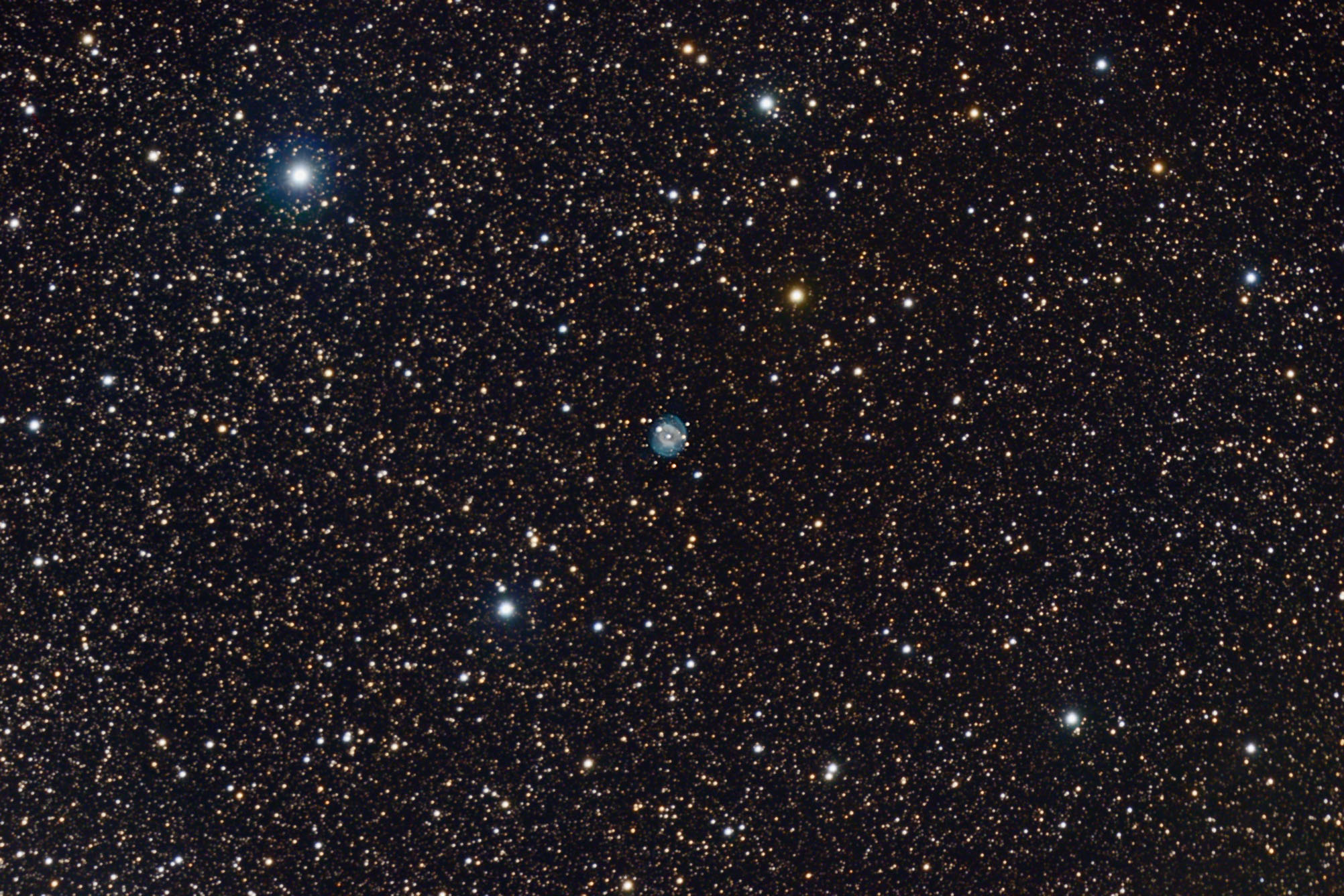