NGC 6813 is a small nebula in northwestern Vulpecula about 2.25 degrees southeast of Albireo at the head of Cygnus the Swan. That puts it well into the Milky Way. Even after greatly reducing the stars it is still somewhat lost among the stars. I find very little on this little guy. Also, I failed to note how it got onto my to-do list. I must have had a reason but apparently, I never wrote it down and now I have no idea why I have an image of it.

It isn\'t a Herschel 400 object as it was one he missed. It was discovered on August 7, 1867 by Albert Marth. While cataloged as an emission nebula some places, Simbad calls it \"Interstellar matter\". It doesn\'t have the pink color typical of emission nebula due to the ionized hydrogen and oxygen lines they emit. It does, however, appear to be the birth ground of new stars as it hides a star cluster seen only in infrared light. I found only one amateur color image and that one shows it typical H alpha pink but that\'s not what I got. Also if you combine the red and blue POSS plates using pseudo green it comes out orange. My red frames were severely hit by fog. I had to boost them by about 5 times the normal adjustment needed at this altitude. If that wasn\'t enough that could be why I\'m not getting typical H alpha color but for the fainter outer parts. I balanced based on the spectral class of the brighter stars in the image or their B-V values. The brighter stars seemed more red challenged than the dimmer stars for some reason. Since the nebula covers a wide brightness range its color is rather suspect. I should have tried for better color data but didn\'t discover the problem until it was too late to get the data this year. 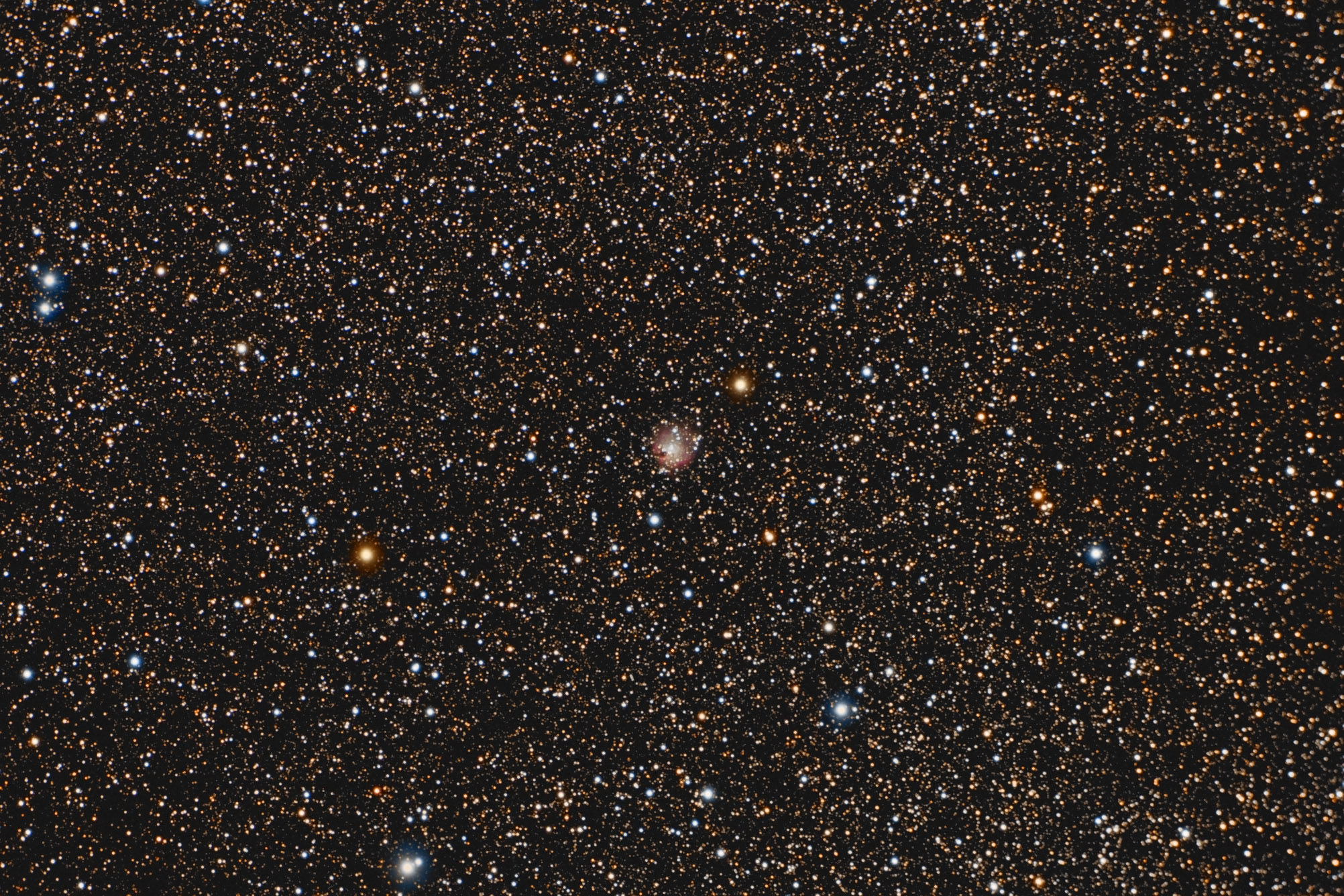 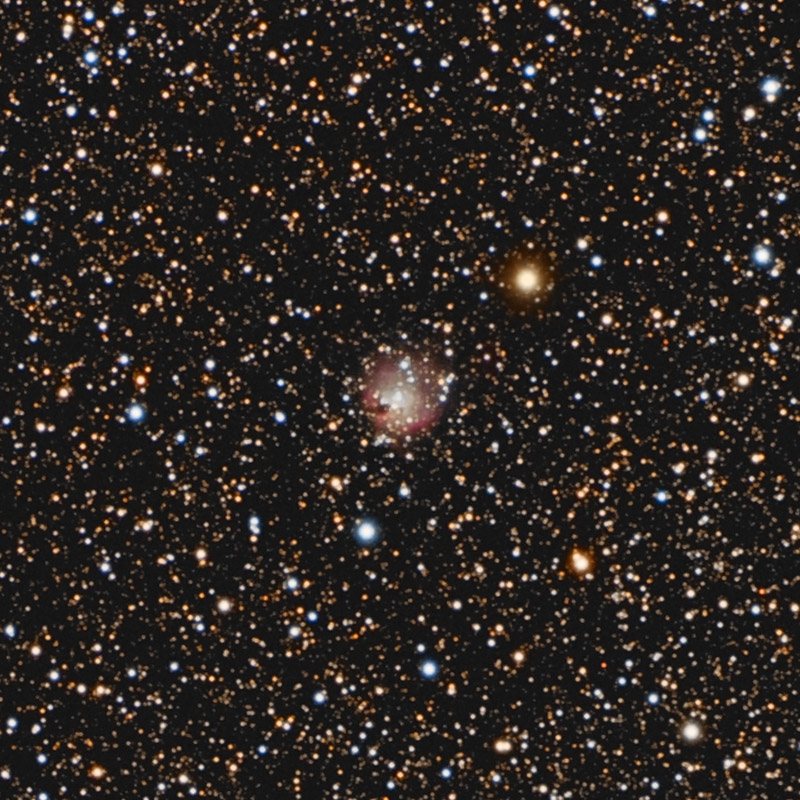