NGC 6814 is a face on spiral galaxy about 60 million light-years away in the southern Aquila. Not a constellation that jumps to mind when galaxies are mentioned. I no longer remember what caused me to put it on the to-do list. Possibly it is the somewhat extended northern arm pointing west then southwest. Or maybe that the arms are mostly segments giving some a split arm look Arp cataloged. NED classes it as SAB(rs)bc with HII emission and a Seyfert galaxy. Various sources disagree as to what class of Seyfert it is. NED says 1.2, notes say 1, 1.5 and 2. The NGC project on the other hand classes it as Sb+ I, I don\'t understand the I at all. Usually, that means \"irregular\" but I can\'t see it applying here. NED sees a bar but the NGC project doesn\'t. Who do you believe? I\'m hard pressed to see a bar but many notes indicate it has a short wide one buried in the bright oval core. In any case, the many spiral arms don\'t seem related to the core at all. They seem to just start at random somewhere near the core then get bright as they move out beyond the end of the oval core region. Edit: It was discovered by William Herschel on August 2, 1788. It\'s in the second H400 program. I wasn\'t images this back in 2011 when this was taken so that\'s now why I imaged it. That\'s still a mystery.

This one is at -10 degrees declination which puts it in my summer gunk so the image isn\'t as clear as I\'d like. It\'s rare to get decent seeing in this part of the sky from my location. The temperature difference between the warm water and rising water vapor and the cool night air make for some poor seeing conditions as well as transparency.

There are no other galaxies in the image that NED has any distance data for and only a few are even identified. All that are IR galaxies from the 2MASS survey. For this reason, I didn\'t prepare an annotated image. There are two asteroids in the image, both above NGC 6814. The easiest to spot is near the top right of center and is a short streak with a hint of red at the lower left end and a hint of blue at the upper right end. Nothing was bright enough in the luminance image for any part of the green trace to show up. It would be beyond the red as I took the data blue, luminance, red and green. Thus the asteroid is in direct prograde motion. It\'s rare for me to catch one in this part of its yearly path. It is (12508) 1998 FZ113 at magnitude 17.2. The other asteroid is down and to the left of the first and very hard to spot as its trail is only 3.8\" of arc long. In is rather alone between stars directly above the left edge of the bright portion of NGC 6814\'s arms two-thirds of the way to the top. It is in retrograde motion but and moving down at a 45 degree angle (left to right). I must have caught it just after it reversed into retrograde motion for it to be moving so slowly in the sky. It is (44504) 1998 XX34 and is estimated to be 18.3 magnitude. 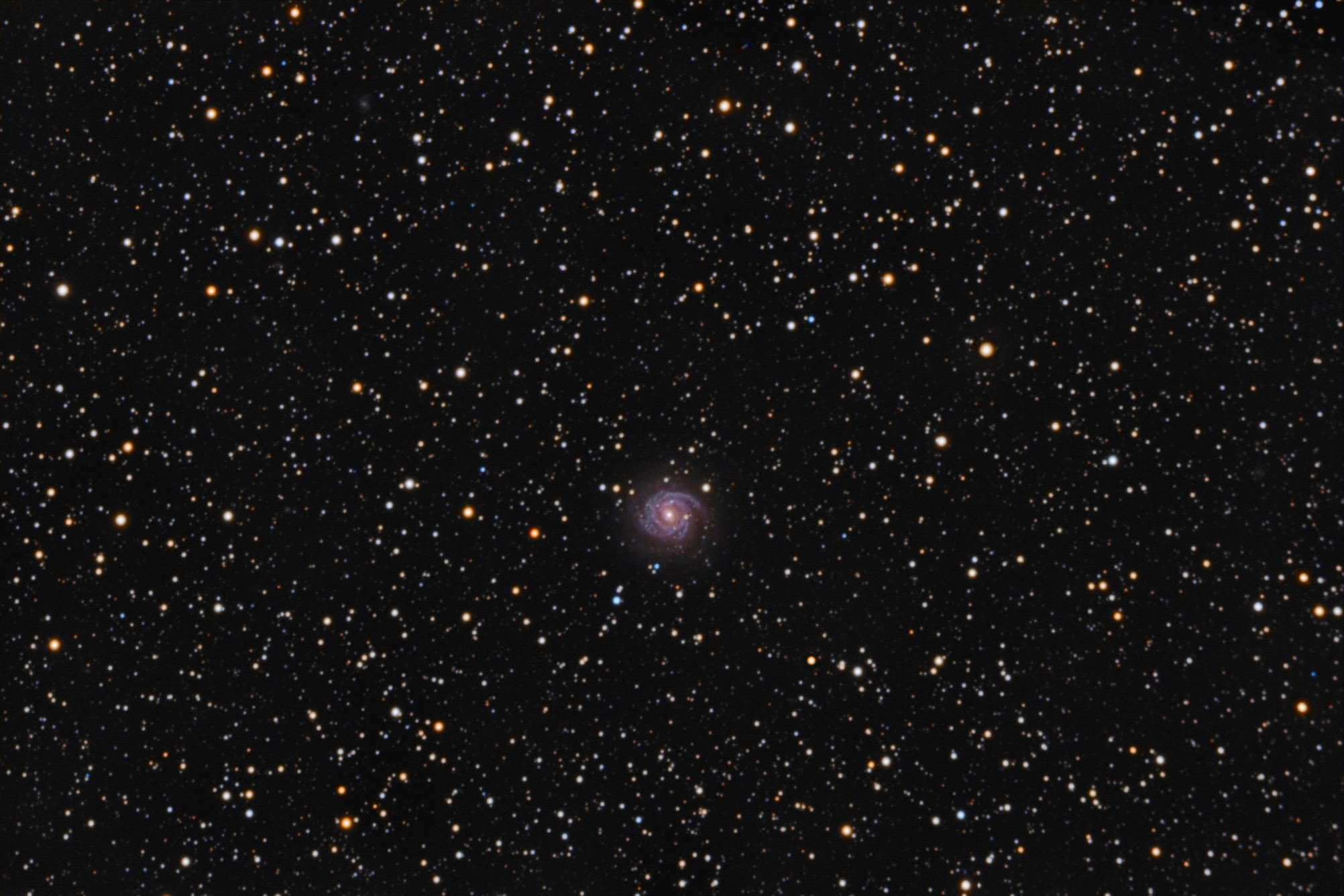 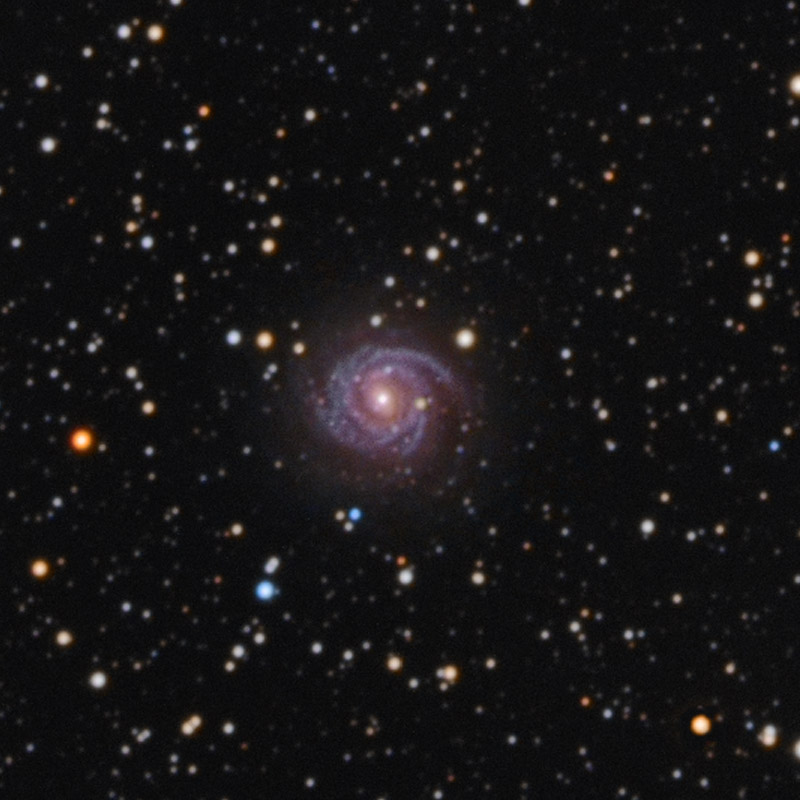