NGC 6821 is a rather disorganized barred spiral galaxy in southern Aquila about 60 million light-years distant both by redshift and Tully-Fisher measurements. It is classified as SB(s)d: HII by NED. The NGC project says SB(rs)Sd. I don\'t know how to decipher that second \"S\" unless it is a misprint. Seligman classifies it as SBcd?. They do agree it is a barred spiral and it does show a bar-like structure but I see no nucleus. de Vaucouleurs says in his 1964 \"Reference Catalogue of Bright Galaxies\" \"Bright bar: 0.2 arcmin x 0.06 arcmin. No definite nucleus. Faint asymmetric spiral structure. Poorly resolved.\" IT was discovered by Albert Marth on August 8, 1863. It is sometimes considered a pair with MCG -01-50-001 which is a flat galaxy 2MFGC 15085 just off the right edge of my image. I had intended to use coordinates to pick up both but somehow centered on NGC 6821 instead. That may mean a reshoot in the future.

Being well within the Zone of Avoidance there are few galaxies in the field with any information on them. I\'ve annotated all with redshift data as well as galaxies that made the LEDA catalog even if they had no redshift information. Due to obscuring dust in our galaxy this image doesn\'t go very deep.

Being a bit below -06 degrees every frame contained many geostationary satellites. Many trails overlapped so many times no rejection software could deal with them. Nor could my manual method I use when I have only 2 frames. Thus I had to resort to cloning to remove them. Since the field is just on the north edge of the belt as seen from my latitude all were in the very bottom of the image. Since they went through a lot of faint nebulosity this made the cloning all the more difficult. I hope I haven\'t distorted things too much. 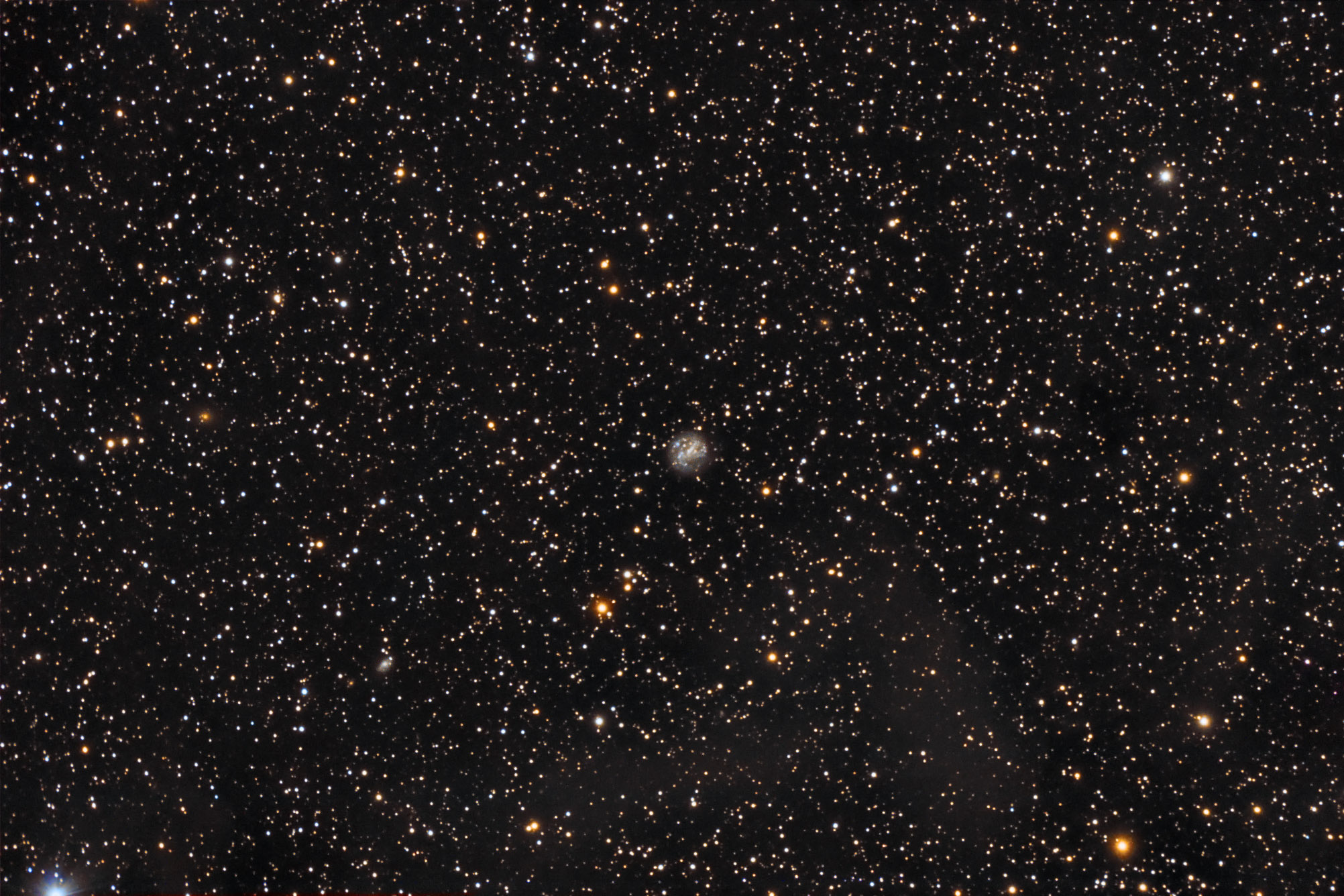 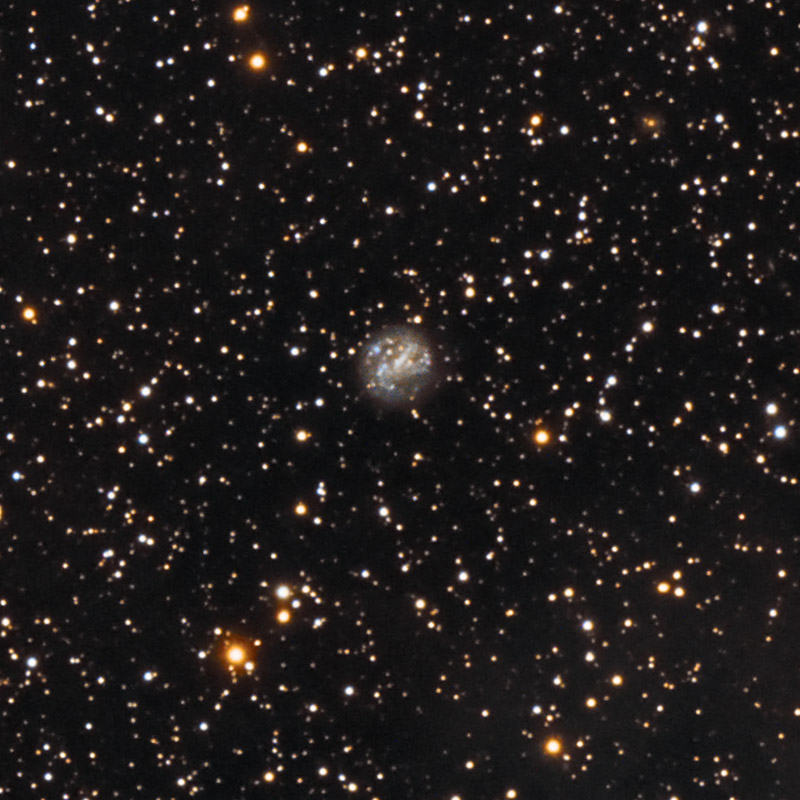 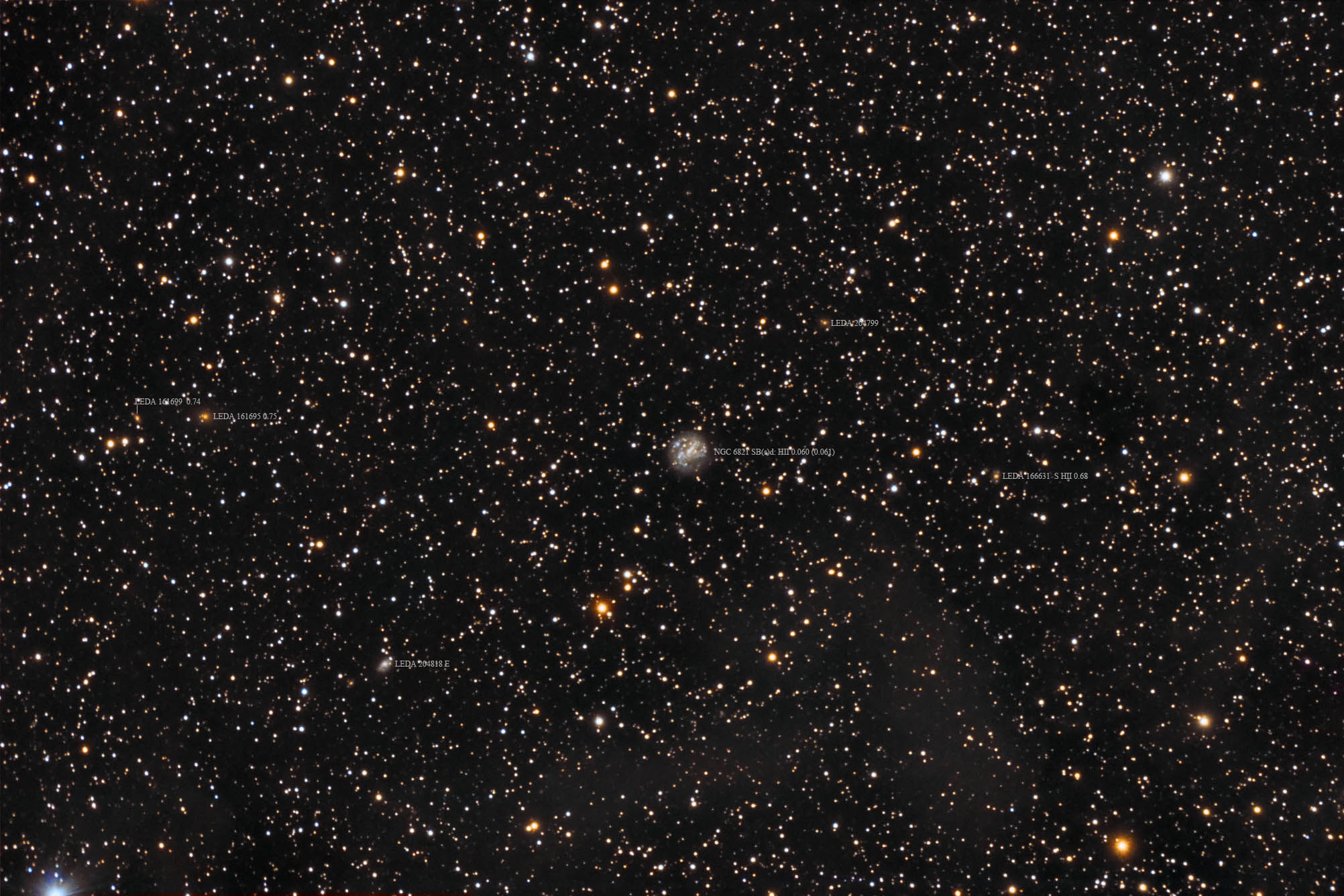