Technically NGC 6823 refers only to the star cluster in this image. NGC 6820 is often cited as the red emission nebula but that is SH2-086. The position of NGC 6820 is close to the knot in the lower right of my image. It is most likely the real NGC 6820.

NGC 6822 was discovered by William Herschel on July 17, 1785. Apparently, he only saw the star cluster. It is in the original H400 program. My notes indicate in my 10\", even though I listed the night as good, I never saw the nebula nor most of the cluster. I saw only the very brightest stars in the center of the cluster not a field of stars my image shows. Maybe the night wasn\'t so good after all. I made no mention of NGC 6820 though that wasn\'t on my Tiron atlas so I had no idea it was there. Still, it didn\'t catch my eye. The cluster is less than 7 million years old, some say less than 2 million so possibly still forming stars from the gas we see as SH2-086. The stars aren\'t all that blue in my image. This is likely due to my inability to properly color balance my very early images. I need to retake this one.

NGC 6820 was first seen by Albert Marth on August 7, 1864. Is the knot a separate object or part of SH2-086? It appears to house a protostar when seen in the 2mass survey. I found no distance data on it. While my white light image doesn\'t show it connected to SH2-086 H alpha images do. It appears all three objects are likely part of the same complex.

I tried to force this image through many subs rather than adding H alpha data. This is why the image is so poor. I need to redo this one. The data was taken back in 2006 when I had no idea what I was doing and processed using 8 bit software not up to the task. I was so disappointed in how it turned out I never let anyone see it until now. While I have some that came out even worse than this one I knew that so never even tried to process the data. Most have since been retaken but for this one. 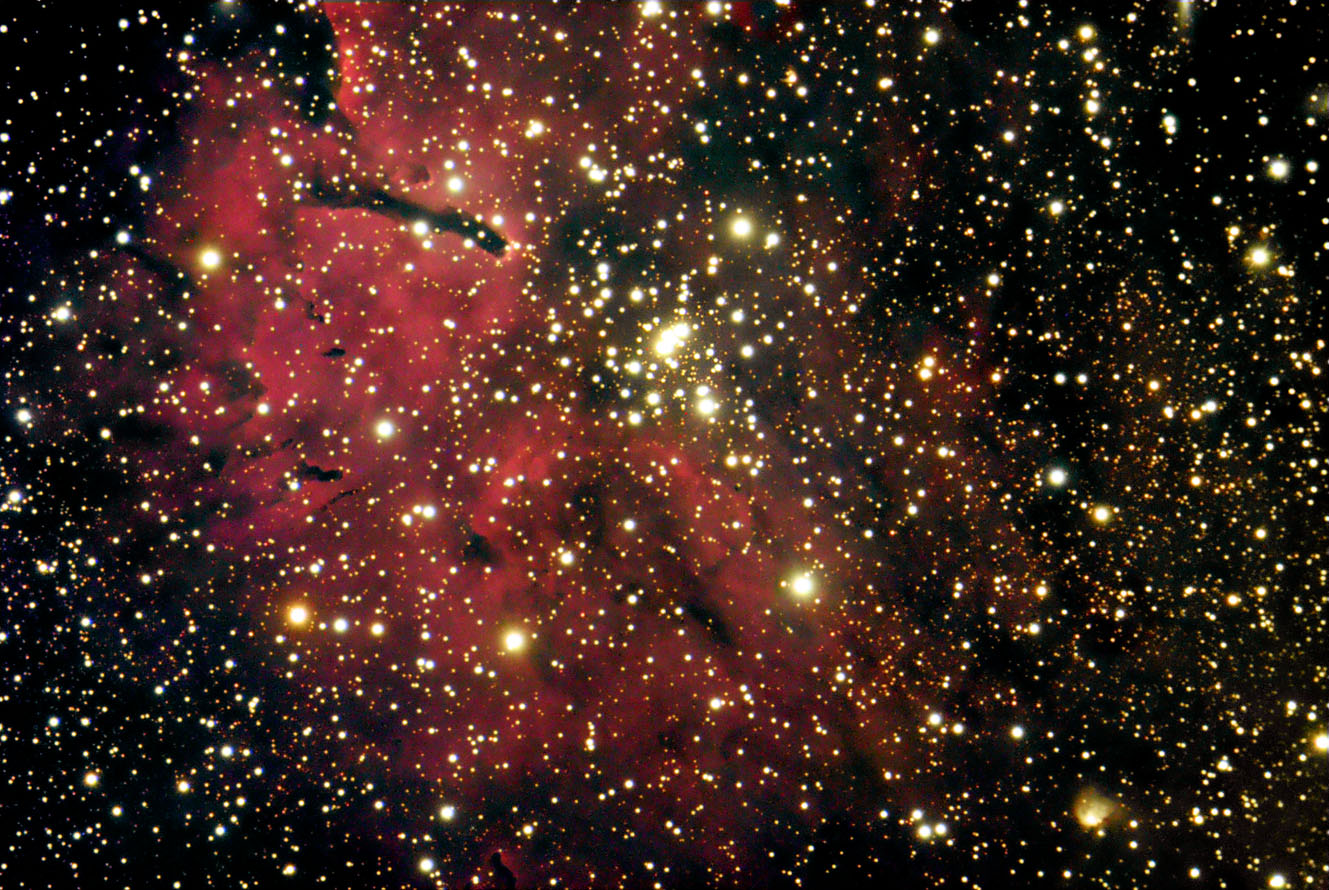