NGC 6827/Berkeley 048 is an open cluster in Vulpecula about 5.5 degrees east of the far more famous Coathanger asterism. It is also known as Berkeley 48. It is classified as a type I3m cluster. It was discovered by Édouard Stephan on October 16, 1878. WEBDA puts its distance at 13,000 light-years. Reddening dust can be seen across most of the image, especially to the upper right. Areas rather dust free can be seen to the lower left though even there reddening dust crosses part of the image. The lack of stars to the upper left is likely due to dust obscuring them rather than a real lack of stars in that part of the galaxy as that is toward the plane of the galaxy. WEBDA says the dust results in a full magnitude of reddening for the cluster which explains some of the redder than normal stars that appear to populate the cluster. WEBDA puts its age at about 800 million years which also means its bluest stars have long since died leaving a cluster that is somewhat reddened by age alone. A quick search of Google and AstroBin turned up no color images of this cluster. 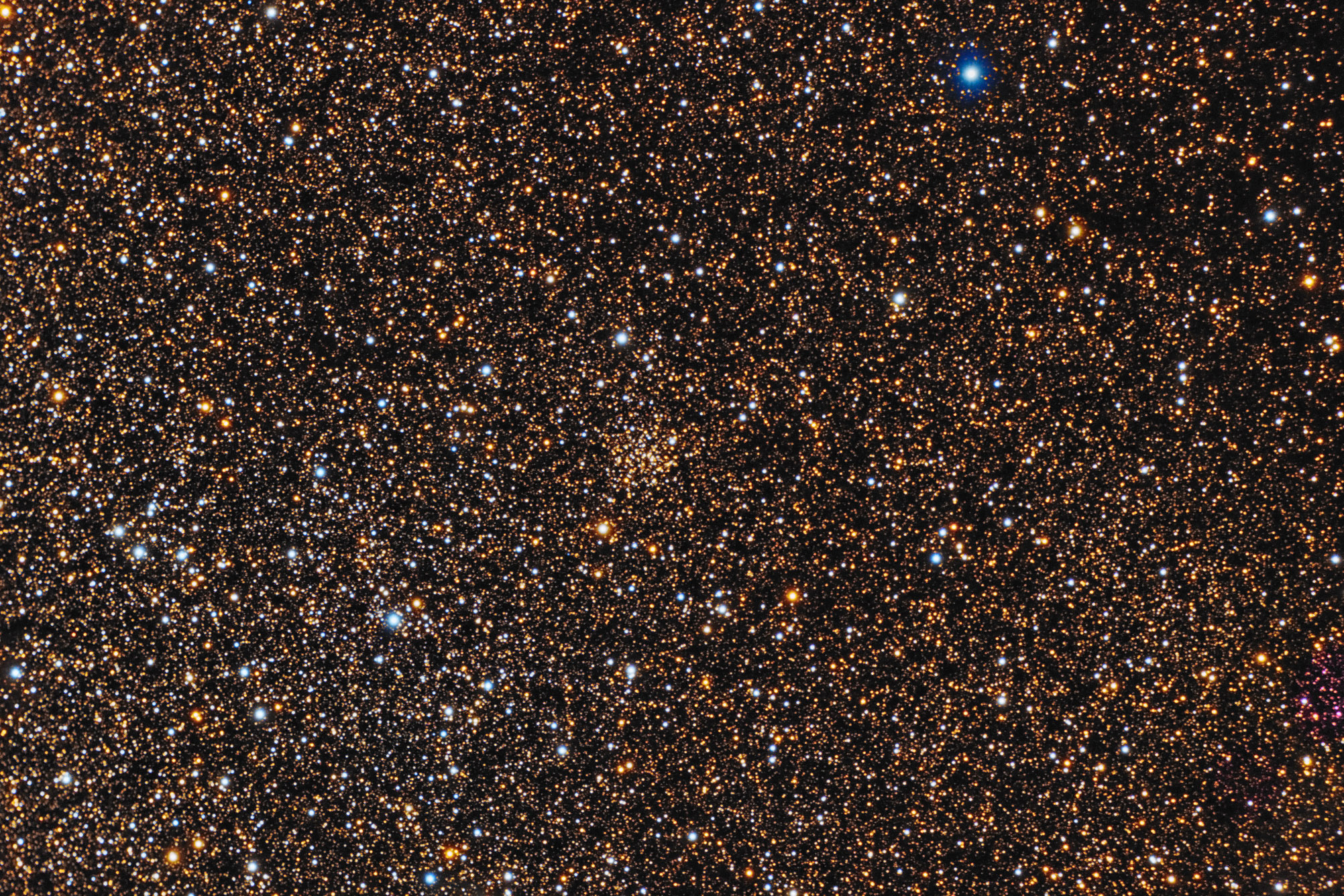