NGC 6829 and NGC 6831 are a pair of possible interacting galaxies in Draco. Though the lower left corner of the image lies in Cygnus. NGC 6829 is listed as an Sb galaxy by NED and the NGC Project. Seligman says Sb?. Redshift puts it at 144 million light-years. The CGPG says of it: \"Red \'sandwich\' galaxy, heavy absorption line, twisted tips, internal compact knots.\" To me the entire southern part of the galaxy is weirdly distorted showing two dust lanes rather than just the \"sandwich\" lane. It is surrounded by a large halo that extends further to the southwest than the northeast. I measure its size at 95,000 light-years.

NGC 6831 is a truly strange beast. It is classified by NED and the NGC Project as S0 while Seligman says S0?. What very few images of it I find show only the core which indeed looks to be an S0 galaxy but my exposure picked up an outer region that paints quite a different picture. It has an odd blue loop that as it comes across the galaxy it appears to change into a red dust band. But a closer look shows these to be two separate features with one ending near where the other starts. Still, such features are normally seen in S0 galaxies. Are they evidence of a polar ring? Are these features due to interaction with NGC 6829? I found nothing on either of these galaxies. NED\'s redshift puts it 151 million light-years distant which makes it 83,000 light-years across its long axis. Though if this is a true oval galaxy with an unknown orientation its true size may be larger.

Both of these galaxies were discovered by Lewis Swift on September 3, 1886.

Actually, these are two of a trio of galaxies. I was so taken with how odd NC 6831 was I totally missed this. The third galaxy is UGC 11475. It is out of the field to the south though its very northern outskirts show as a blue glow on the very bottom edge of my image a bit right of NGC 6829. It is listed as SBd at NED with a redshift placing it at a distance of 142 million light-years. The trio is known as UZC-CG 268. If my brain had been in gear I could have included it in the image. I don\'t know how I missed this.

This field is within the Zone of Avoidance which is little studied for galaxies. As a result, these are the only ones with redshift data. With so little to annotate, I didn\'t prepare one. This is my first image finished in October. I\'m only 3.5 months behind and with December and so far January a dud that\'s more like 2 months behind. I may get caught up if this horrid weather continues. 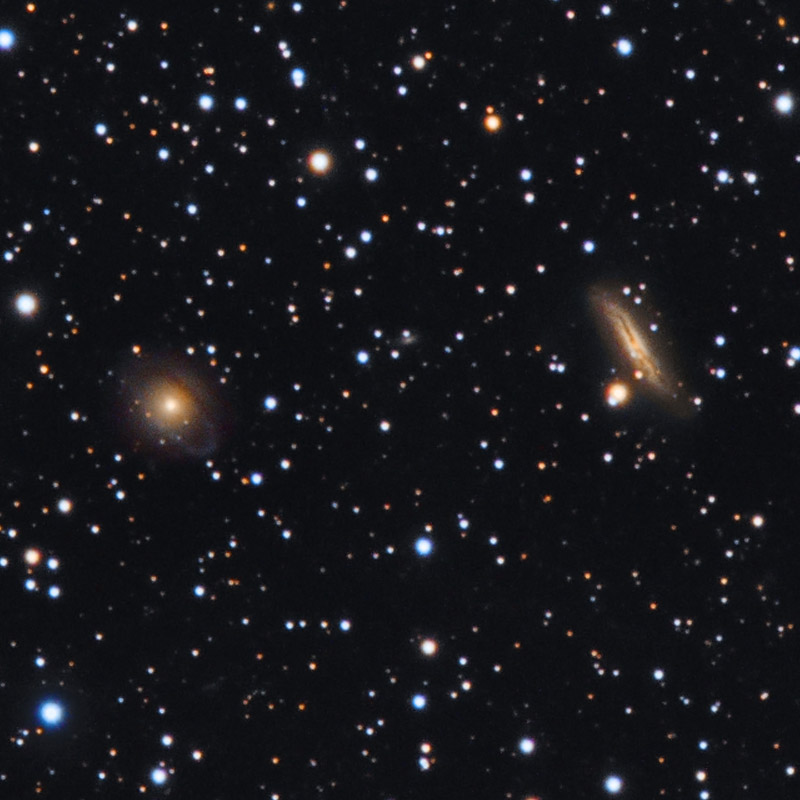 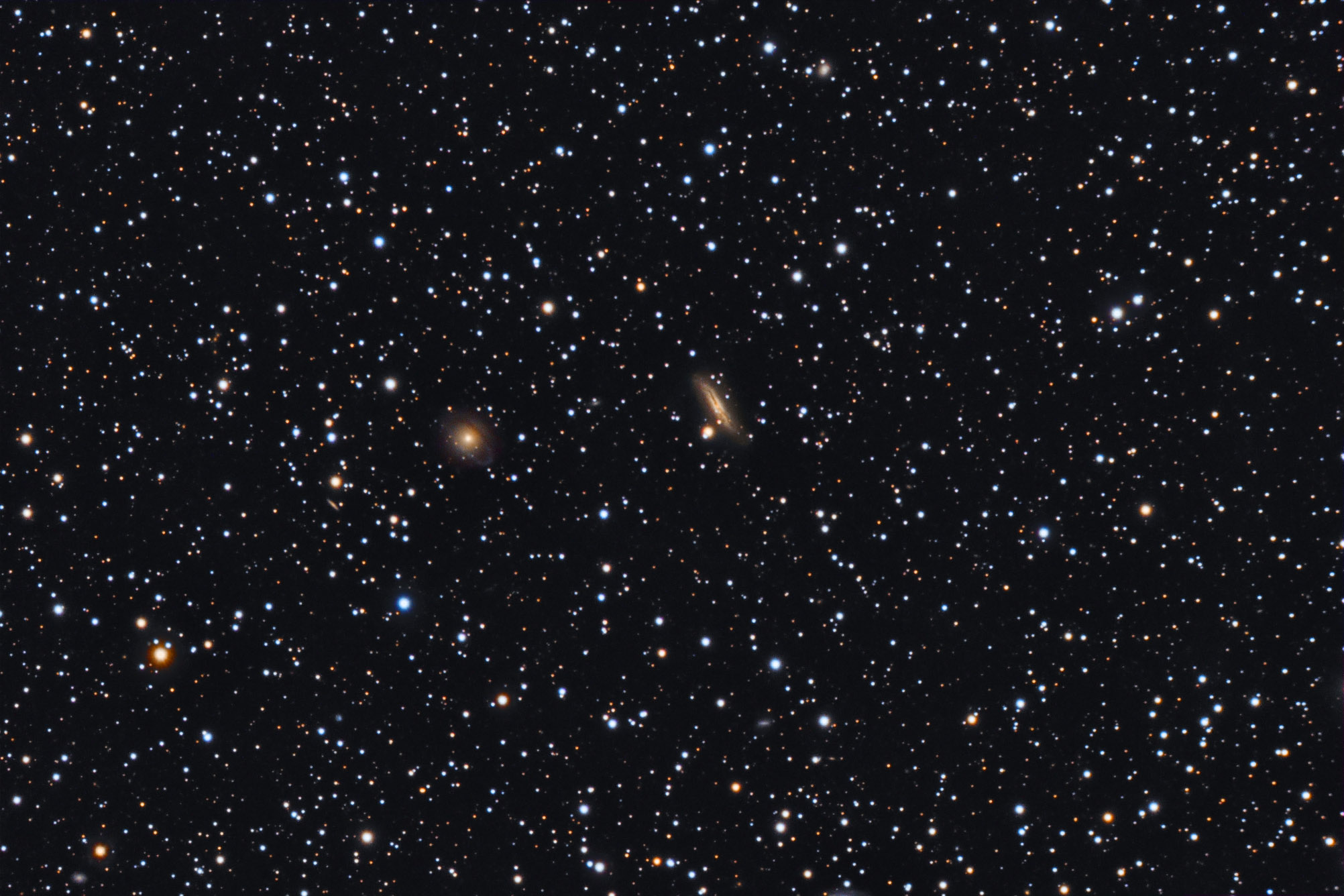