NGC 6834 is an open cluster in Vulpecula that fits my limited field of view. I took it more of a test of a new method I thought up of better pulling a cluster from the background Milky Way stars. I\'ve had problems with them getting lost in the Milky Way\'s starry background. I developed some different curves that bring out the brighter stars but holds back background stars somewhat. I tried this with two approaches. One using a luminance stack to pick up any background galaxies and the other using only RGB data. Due to the loss in the filters and not exposing long enough to be sky limited the fainter stars are greatly reduced but the brighter ones come though well. Sort of like using less aperture. RGB always helps star colors as well. For this purpose, I prefer the RGB version but am presenting both in case you disagree. Let me know which you prefer.

Details on star clusters are often sketchy. Dreyer\'s description reads; Cl,P,lC, st 11...12 which translates into cluster, poor, little condensed with 11th and 12th magnitude stars. Dreyer would be rather impressed I\'d think by what today\'s small telescopes see when looking at his \"poor cluster\". WEBDA says this cluster is 76 million years old and is 6,700 light-years distant while Wikipedia says it is 65 million years old ± 18 million years and is 7,000 light-years distant. Quite reasonable agreement for a change. SEDS puts its diameter at 5 minutes. At a distance of 6,850 light-years (splitting the difference), it would be 10 light-years across. I found little else on the group. It was discovered by William Herschel on July 17, 1784. It isn\'t in either H400 program.

I started this one night but only got 2 blue images before clouds nailed me. I then retook it assuming the blue frames were cloud damaged but they were fine so I used them along with the normal data and incorporated them into the pseudo luminance image used for that version. 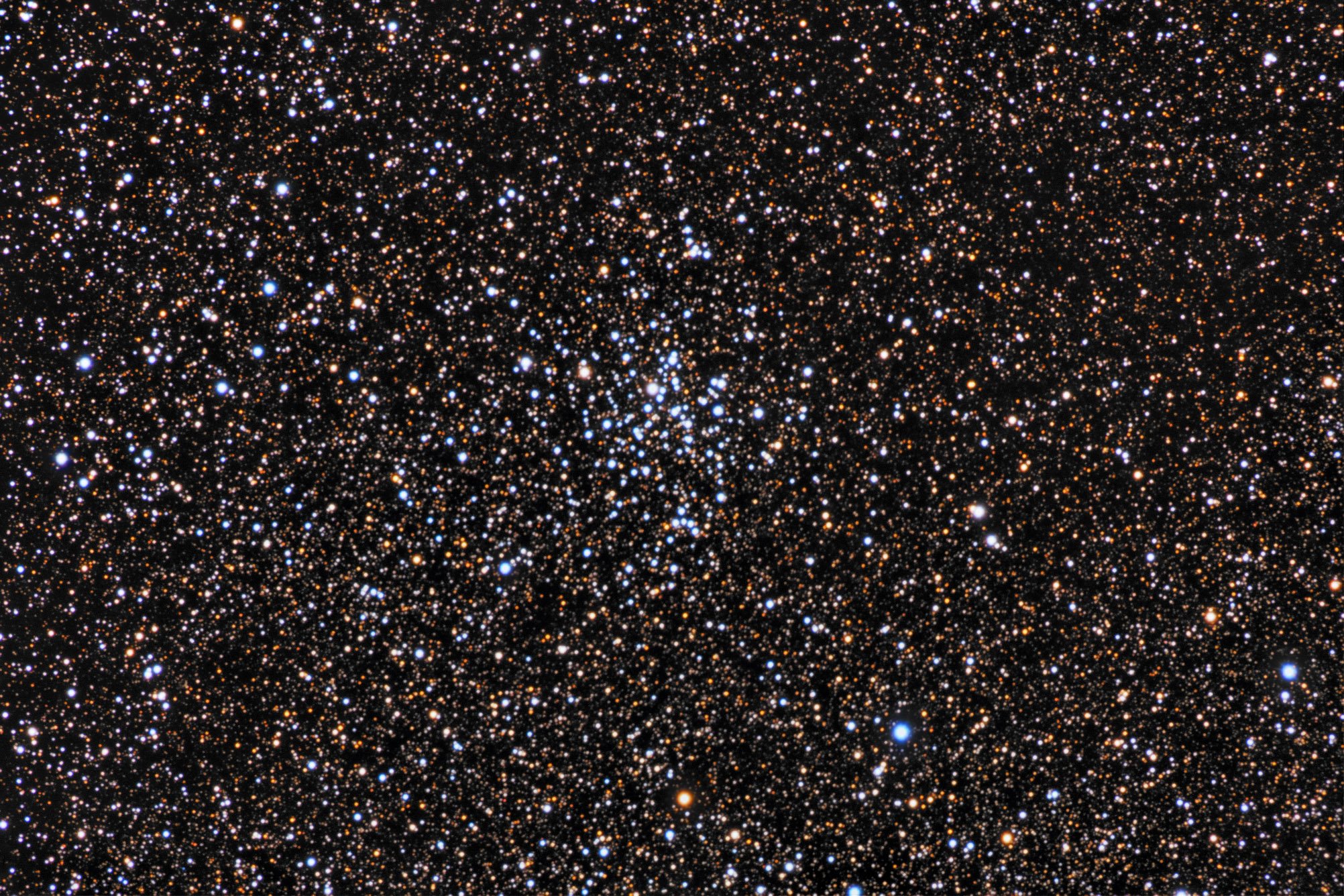