I\'ve been taking clusters that get no respect from imagers. In this case, the disrespect seems deserved. I\'m wondering why I even put these on that list as there\'s nothing much here. Probably because it gave me the chance to catch two \"nothings\" in one narrow field of view. Unfortunately, I apparently forgot that twice nothing is still nothing.

This field is in northeastern Aquila. It has two NGC objects not in the RNGC catalog (R for revised). Though most NGC listings include them. This is because most feel they are both just asterisms the Herschels recorded as clusters. William Herschel recorded the stars of NGC 6840 on September 4, 1784 and John recorded NGC 6843 on July 29, 1829. NGC 6840 is in neither Herschel 400 observing program.

While a bit east of the main part of the Milky Way there still is a lot of dust in the region. I doubt enough to turn blue cluster stars as red as most of the stars seen here, however. Unfortunately, being considered asterisms I found virtually nothing on either of these. WEBDA lists neither. My The Sky 6 calls both a \"Double Star\" and gets the position of both wrong for clusters but maybe right for double stars The annotated image shows both the \"correct\" position for these asterisms as shown in most catalogs as well as the double stars The Sky 6\'s database points to. The one for NGC 6840 is very obscure. Why they picked that I have no idea.

Since I was using NGC 6840 as my centered object I almost fell for this until I noticed the true asterism and changed my center point. Good thing I was at the controls that night. The annotated image shows the only three galaxies NED lists in the image though several more can be seen. Due to the size of these files I\'ve reduced them to 1.5\" per pixel rather than my usual 1\" per pixel. 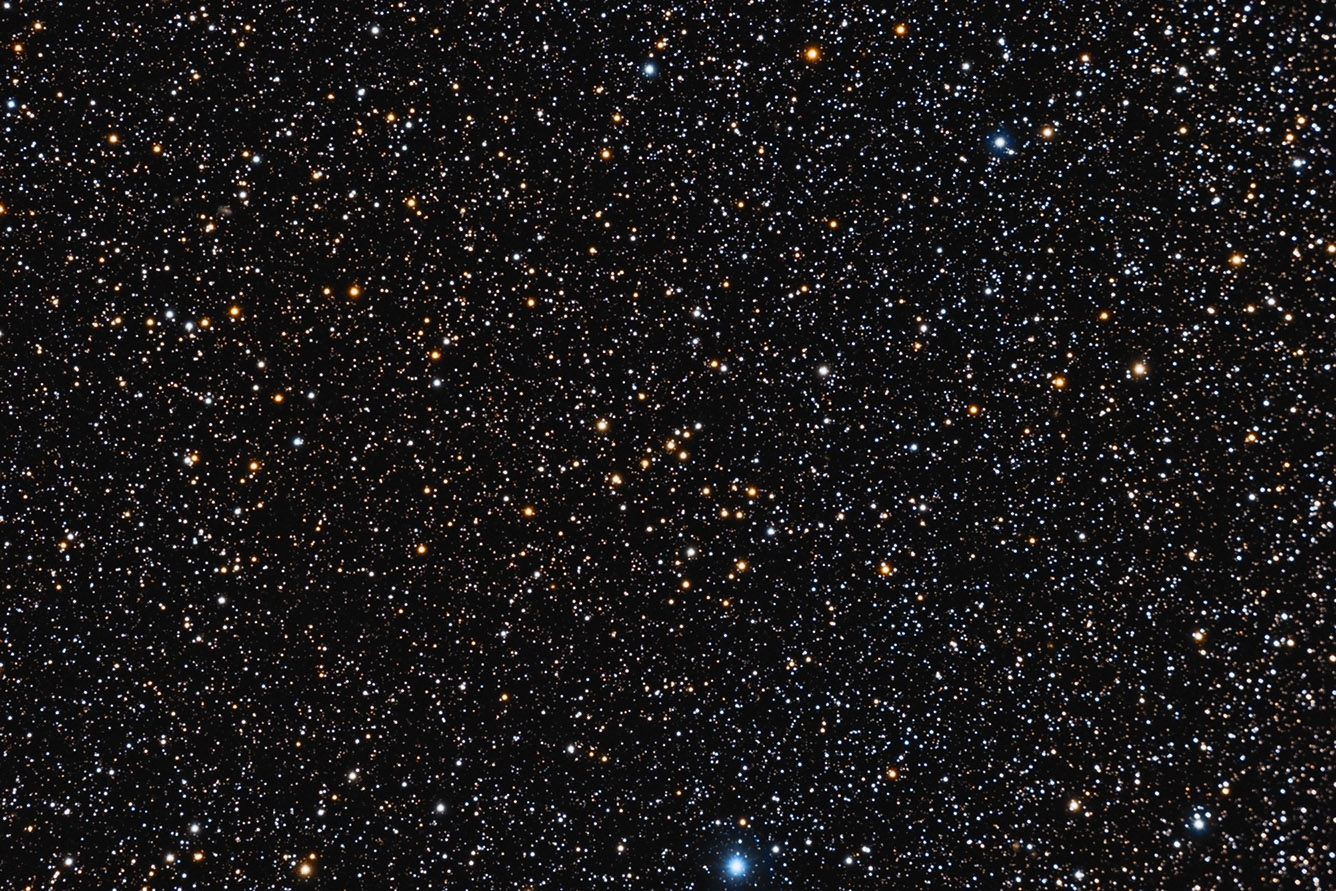 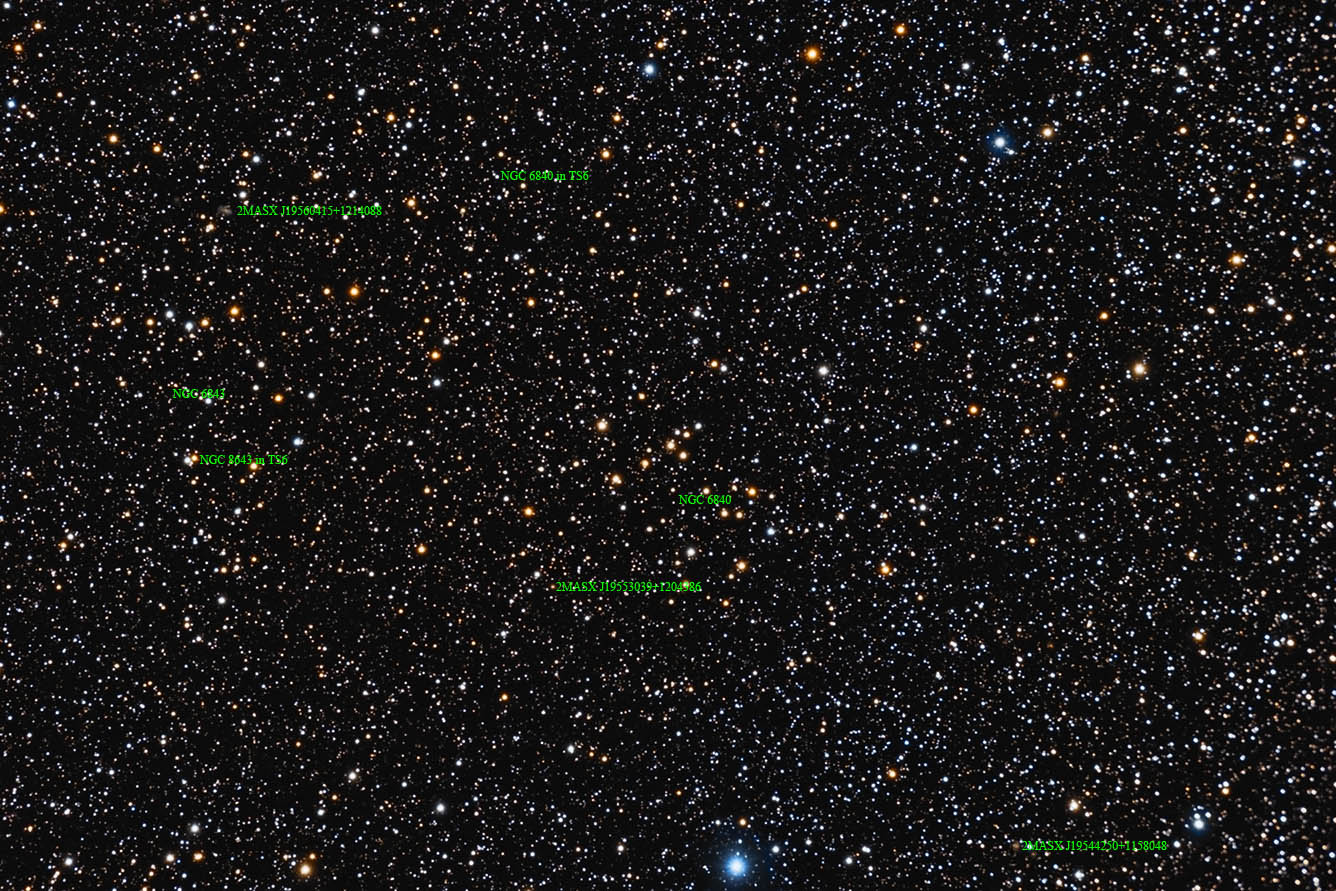