NGC 6842 is a planetary nebula in Vulpecula. It was discovered by Albert Marth on June 28, 1863. Determining the distance to planetary nebulae is difficult. Most posts of this one don\'t list a distance. I found several ranging from 4400 to 8800 light-years. The later one has an error bar of 3000 light-years. In other words, the distance is still pretty vague. Most papers on this one were behind paywalls so I was unable to learn much. 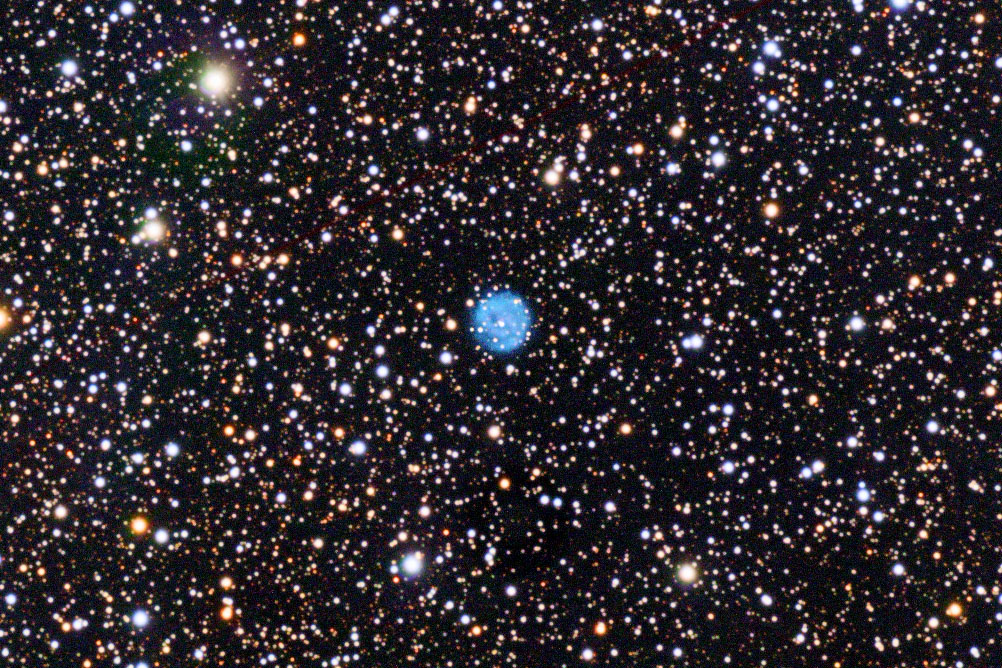