NGC 6852 is a blue planetary nebula in east-central Aquila. I found distance estimates ranging from 5,100 light-years to 13,800 light-years. The most recent I found said 7,400 light-years and gave reasons why the others were wrong. http://adsabs.harvard.edu/abs/2004MNRAS.353..589P

I was surprised at how many distant galaxies were in the image being the field is on the east edge of the Milky Way and thus quite heavily obscured. Or so I thought. Seeing all these faint fuzzies makes me think it isn\'t nearly as obscured as I suspected. However, none of these are in the NGC, IC or PGC catalogs that I could find. NED showed no redshift data for anything in the field.

What few images of this one I found on the net all show the central star very easily. Half show a second star that\'s somewhat red to the northeast. Half don\'t show it. In some images it is nearly as bright as the central star, for most, it is fainter but still obvious. Yet in the other half, there\'s no sign of it. In some cases, the resolution is too low but others with sufficient resolution don\'t show it. I see a hint of it in the original FITS file. My resolution was poor this night but it should at least have shown as an elongation to the NE but doesn\'t. Could it be a variable star with a deep long minimum? Or is it just too red for my camera\'s weak red response? The nebula was found by Albert Marth on June 25, 1863. 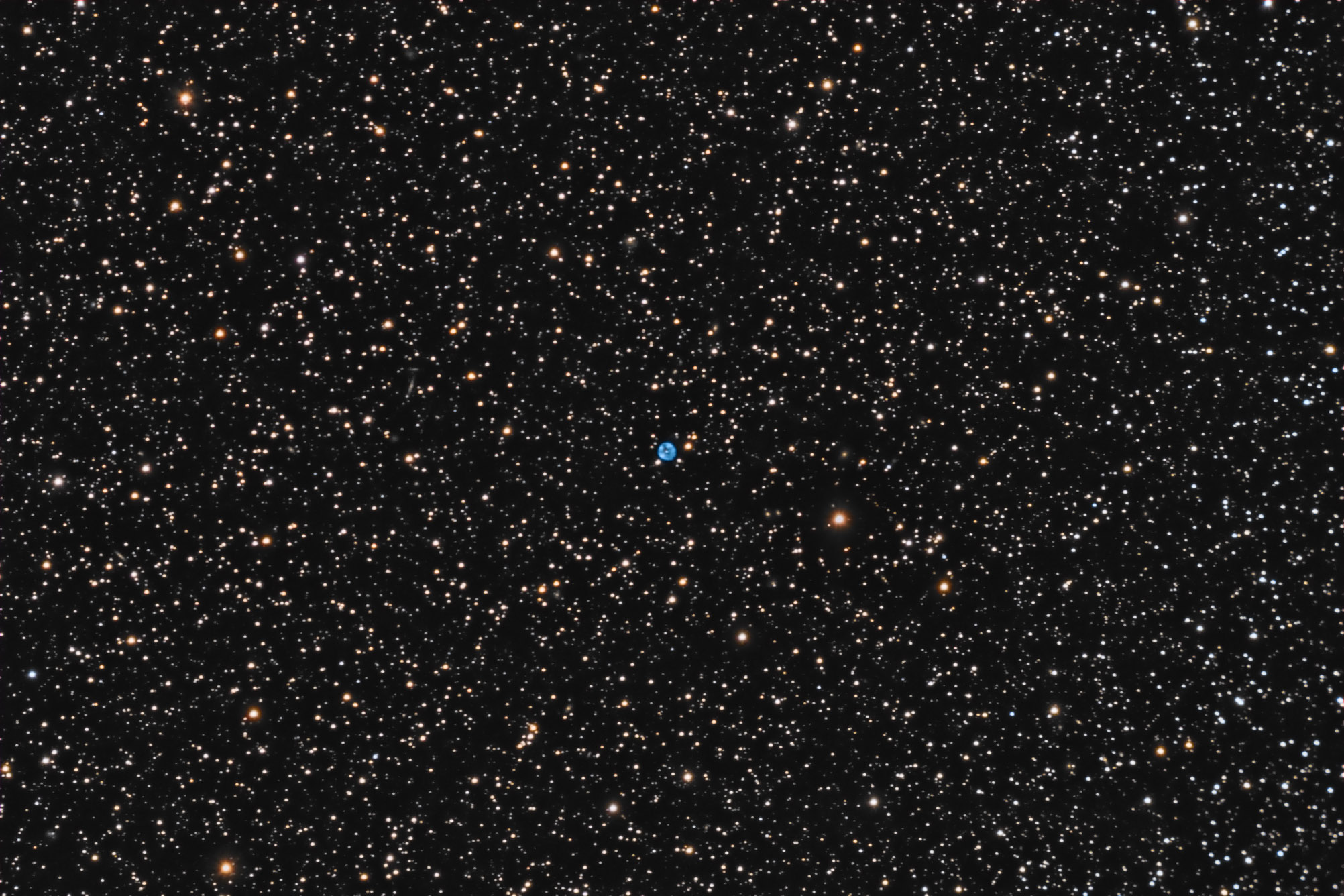 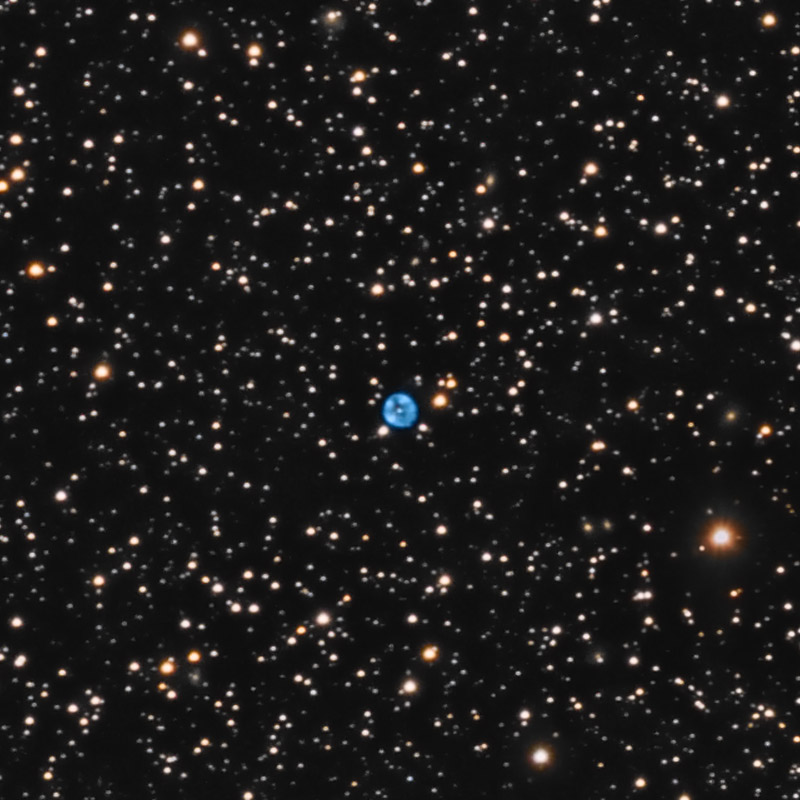