NGC 6866 is a beautiful open cluster in Cygnus that doesn\'t get the attention it deserves. Not only is it a great open cluster of very blue stars they contrast with the background red glow of the H alpha emission that floods much of Cygnus. It is located about halfway between Sadr and Delta Cygni which marks the end of its western wing. It is included in the first Herschel 400 observing program though there\'s some question whether it was discovered by him or his sister Karoline Lucretia Herschel. Sources seem divided on this issue. Those like the NGC Project crediting William say it was found in 1790 while those such as Seligman say Karoline found it 7 years earlier on July 23, 1783. Neither side seems to address this controversy. Since it is the earlier date I\'ll go with Karoline as the discoverer.

My comments on it from May 19, 1985 using my 10\" f/5 at 65X under good conditions (for a change) reads \"Small, rich, open cluster whose brightest stars are arranged in two parallel arcs.\" Even using an H beta filter I doubt I\'d have seen the faint nebulosity that fills the area so I\'m not surprised that wasn\'t mentioned. The two arcs I mention are rather obvious in my image being concave to the south. Usually, after processing my digital images of star clusters, they look nothing like my visual description. This one is a rare exception.

This was taken the one good night I had in July. But it was an unusually hot night and I could cool only to -15C thanks to it being a 30C night. Most summer nights are no warmer than 18C so I can cool to -25C. At that temperature dark current is low enough it has no impact on the image. But at -15C it does to a measurable extent. Then moon rise left me with time for only one 10 minute frame for each color before it was so bright it was skewing my color data. I planned on getting more but the weather never cooperated so went with what I had. Not realizing it was in nebulosity I find that sufficient for bright objects. I was surprised when it was sufficient at the warm temperature to still show the nebulosity in the field with good color. Of course, it may have been even better with more color data. But this turned out so much better than I expected I doubt I\'ll go back for a reshoot.

This one ends July on an up note as most of the month was horrid due to weather and fires in the northwest sending me so much smoke I might as well have been in Manhatten for the number of stars I could see naked eye many nights. I only managed 8 images all month, most poor. Several others were started in July but reshot under better conditions in August. 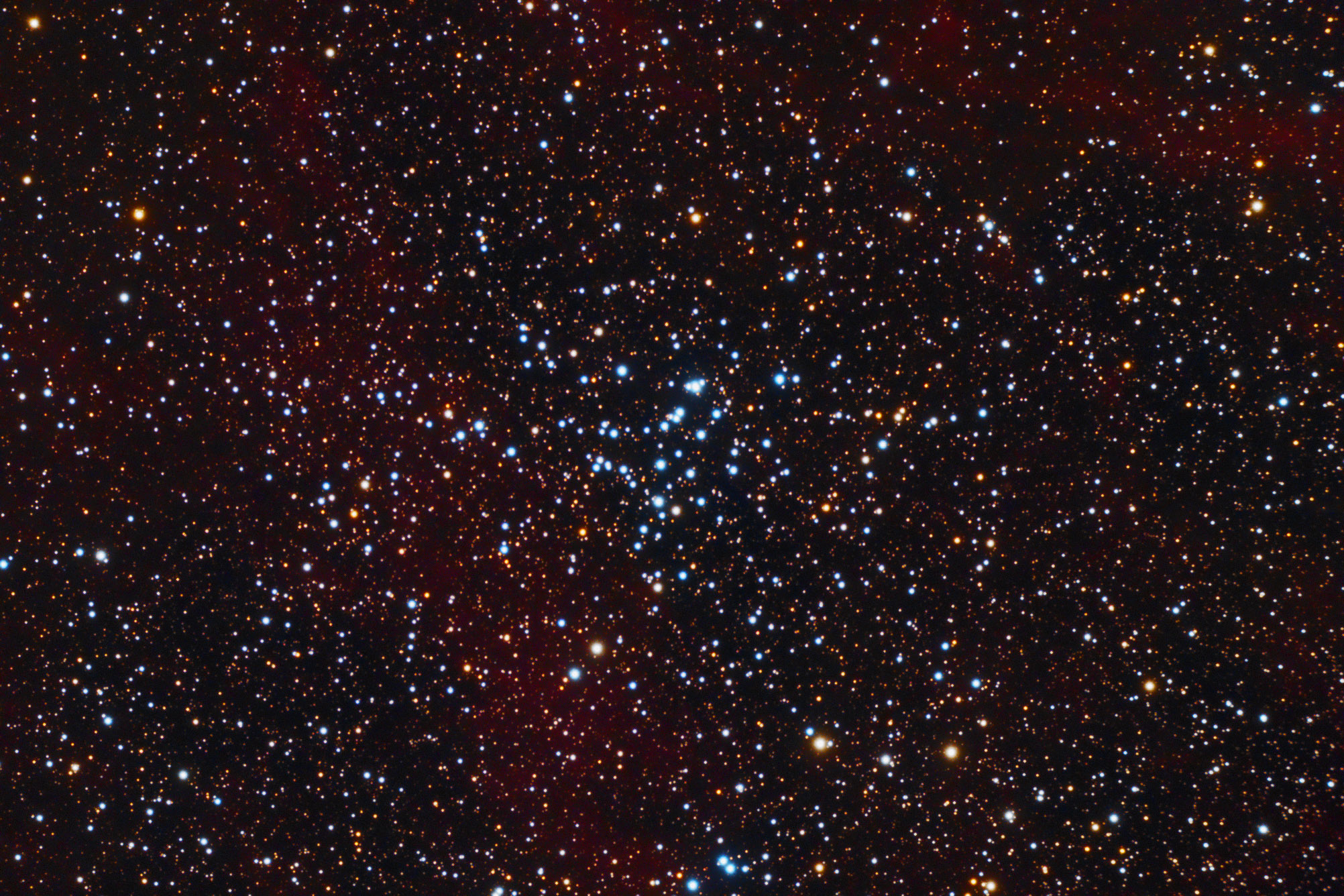