This field is in Cygnus a bit east of the neck of the swan. It is in H alpha emission that dominates along the axis of the Milky Way in this constellation. Here it is quite weak and I needed to use the H alpha filter to pick it up but the weather has been so bad that couldn\'t happen.

There is a lot going on in this field but unfortunately, I couldn\'t find much on what I show. NGC 6883 itself is confusing. Most catalogs give its location as that of the double star a bit below center in my image. To the upper right, is what appears to be another star cluster but it isn\'t in any catalog. Then I found catalogs that show the size of NGC 6883 sufficient to cover most of this field. WEBDA doesn\'t list any detail for it though does give its coordinates and a photo that includes much of my image but not the nebulae to the far left. I can\'t tell if they consider it an asterism or cluster. I suspect asterism but that\'s just a guess.

Due to issues with lots of clouds, especially during the red filter portion, the nebulosity barely shows and is a rather odd color. I processed for the star\'s color and let the faint emission nebula in the background to fall where it did. I need to do this one on a better (smokeless) night but that\'s not happening. Between Canadian fire smoke (limiting some nights to only seeing Vega through it) and clouds, the rest of the time that you can\'t tell from smoke visually though my cloud sensor can as the IR signature of clouds is very different from smoke -- which the sensor is blind to in fact. So I know both are involved as the clouds aren\'t thick enough to kill all stars but Vega. I\'d expect the smoke to kill blue and let red through but the reverse seems true here or else in balancing star color for the smoke I killed red. The histogram for this one looks awful. I think the smoke is to blame. I need to try this another year without the horrid smoke. As I write this we are under a 4 day air quality alert due to the smoke at the highest alert level. Manitoba must have it even worse. We are also seeing a bit of smoke from British Columbia fires and the California fires.

The cluster or asterism was discovered by William Herschel on August 19, 1828. I didn\'t expect any of the other bright or dark nebulae when I took the image. I have no idea why I took this image. It isn\'t in either H400 program nor do I find it on my to-do list the computer looks to for targets. I had to have interrupted the computer and entered it manually. Was I trying to avoid the lousy weather and it was in a hole? I have no idea. 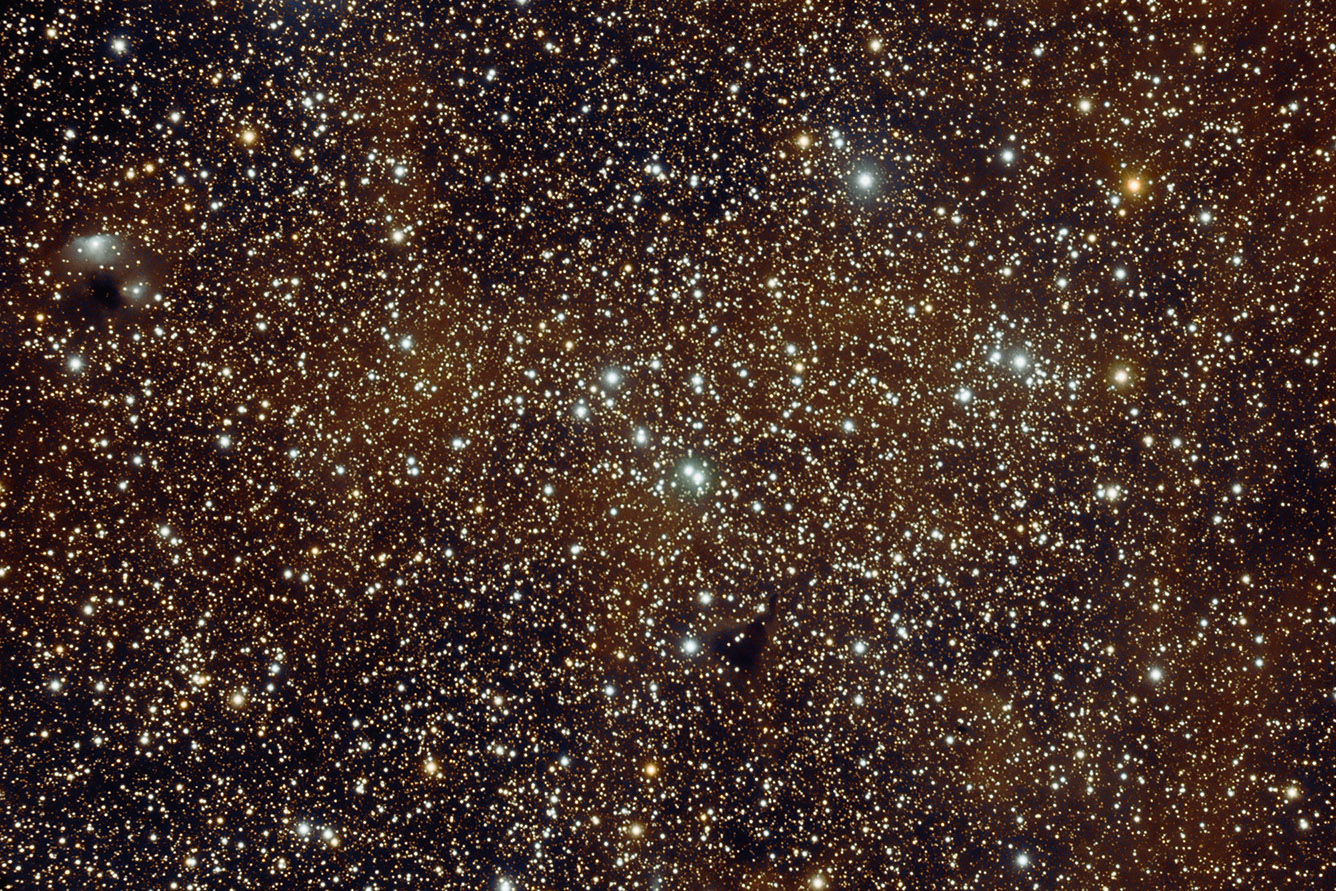 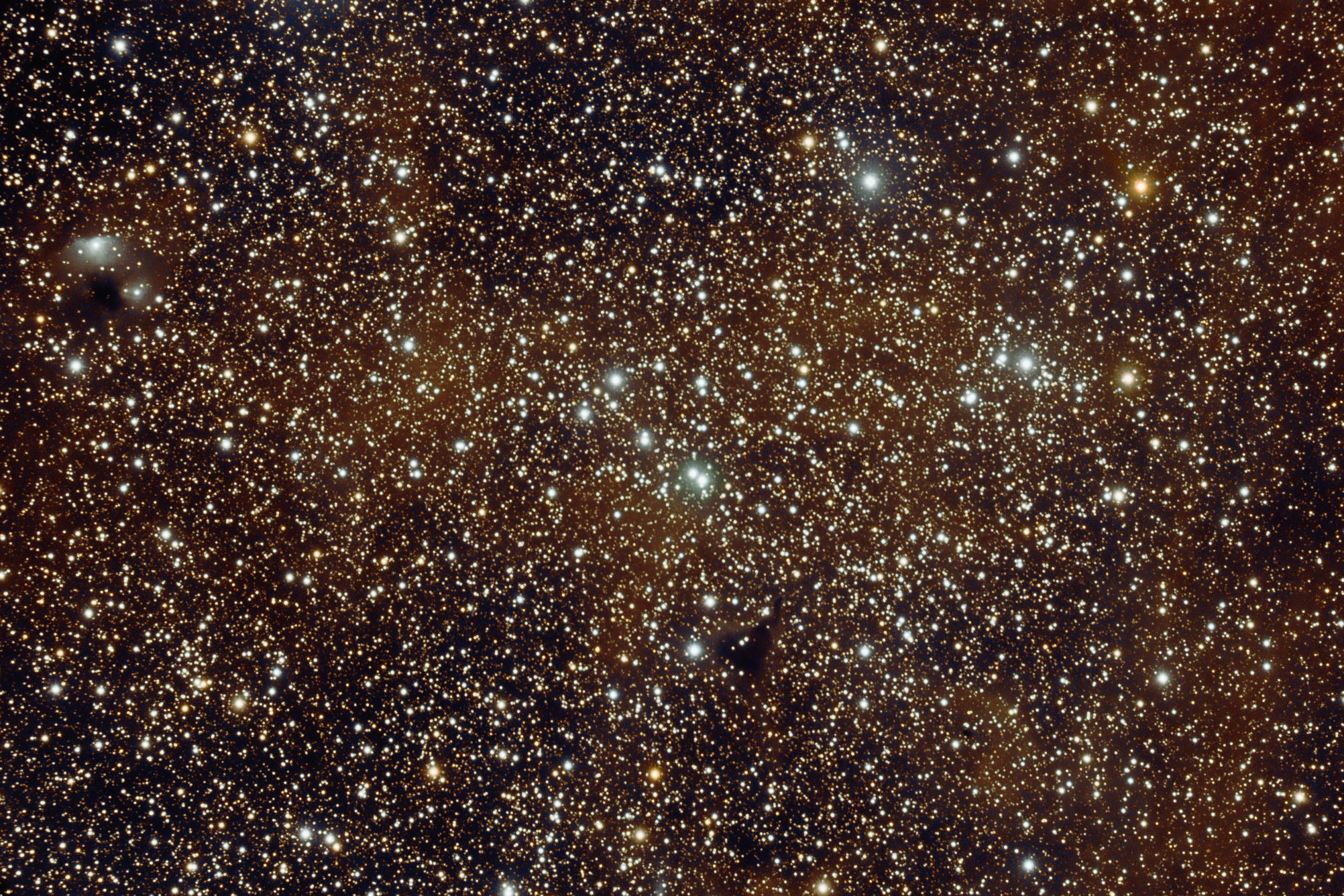