NGC 6922 is a very strange face on spiral in Aquila. Not exactly a constellation known for its galaxies. NED classifies it as SA(rs)c pec: with HII emission. The HII seems well below my poor seeing limits. Its redshift puts it some 250 million light-years distant which doesn\'t help my resolution any. It is about 70,000 light-years across at its widest point. A note at NED asks: \"Small companion superimposed?\" I assume this refers to the small fuzzy white object to the right (west) of its core. Unfortunately, this field is located deep in the Zone of Avoidance so there are few surveys of galaxies conducted in this area. Whatever that white fuzz ball is it isn\'t listed in any catalog I found. It appears to be either a huge star cloud in the galaxy or another galaxy. If a galaxy is it beyond or in front of NGC 6922? If the latter it is likely a compact dwarf of some sort. NGC 6922 was discovered by Albert Marth on July 24, 1863 using a 48\" reflector. You can see a drawing of this nightmare to use scope at: http://www.klima-luft.de/steinicke/ngcic/persons/lassell.htm . I have to wonder what these astronomers would think of what we amateurs can do today with far more convenient scopes and computer imaging.

The one odd arm of this galaxy is what drew my interest. It seems to fit Arp\'s class for spiral galaxies with one heavy arm. Though the entire shape of the galaxy is distorted. The arm also has at the southern end a short linear \"thumb\" sticking out to the east. Really odd. The overall distortion of the disk portion points to the fuzzy white object. Putting all this together it appears quite possible the white fuzzball is the core of something it is digesting after having stripped many of its outer stars away. Though this is only conjecture on my part. No one has studied this galaxy that I find so until then speculation is about all I have to go on.

With a field so deep in the Zone of Avoidance, only two other galaxies in the field have redshift data. The near edge on galaxy at the top center of the image is 2MFGC 15552 or PGC 064812 for those telling me to use the PGC catalog. I prefer the 2MFGC because it helps describe the galaxy as being a flat edge on galaxy but telescope pointing programs often prefer non-descriptive names. In this case, NED makes no attempt to classify it so the name is all we have to go on. It is also about the same distance at 240 million light-years. That makes it a bit less than 50,000 light-years in length. At the bottom left of the image is PGC 064854 at 260 million light-years. It too is unclassified at NED though appears to be an S0 type galaxy about 60,000 light-years in size.

Many other, mostly severely reddened galaxies can be seen in the image but NED has nothing useful on them, most aren\'t even listed at NED. Though some galaxies aren\'t reddened significantly, including the three we have data on. This indicates to me the dust that is reddening these distant galaxies lies more than 250 million light-years beyond our galaxy rather than being due to dust in our galaxy. 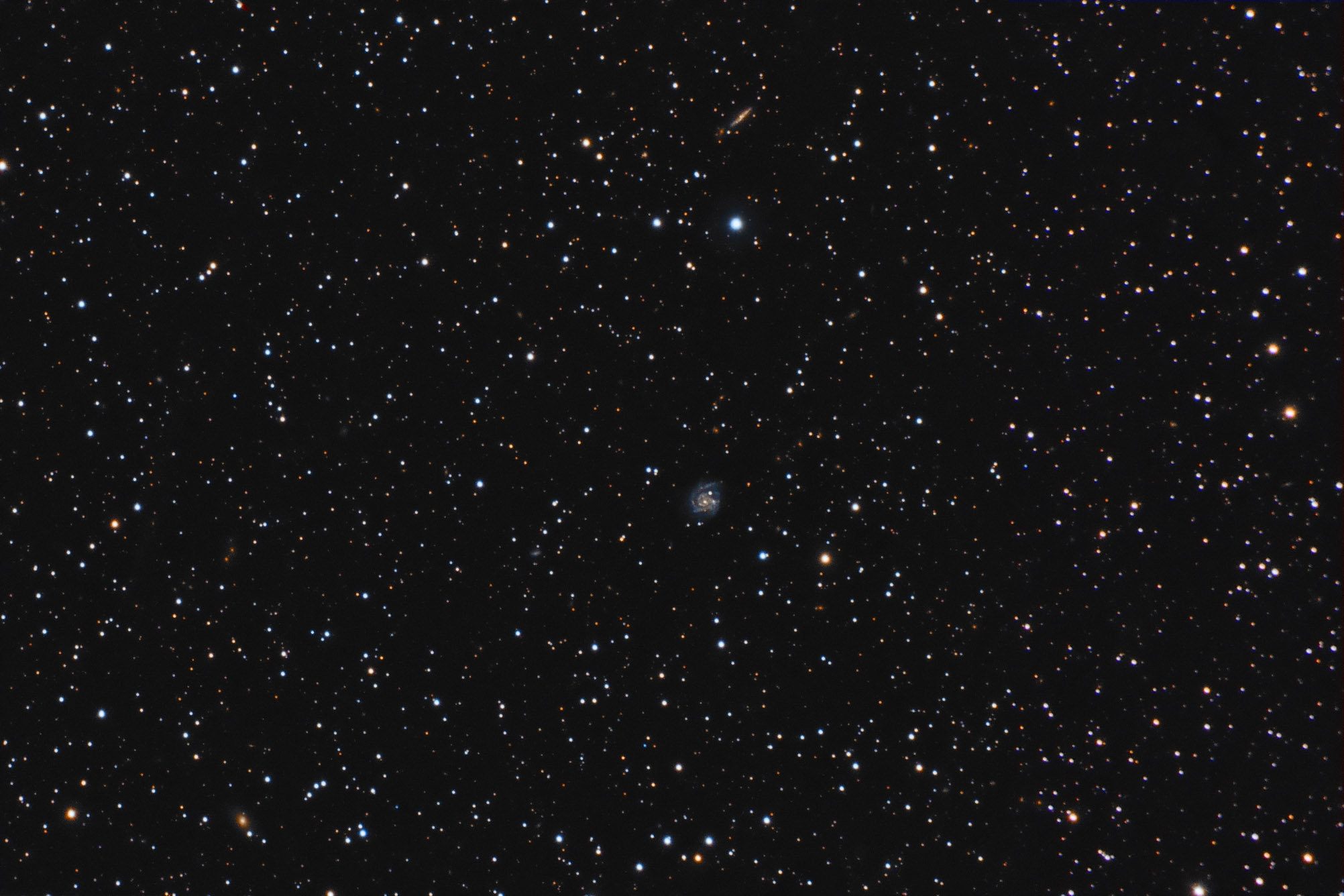 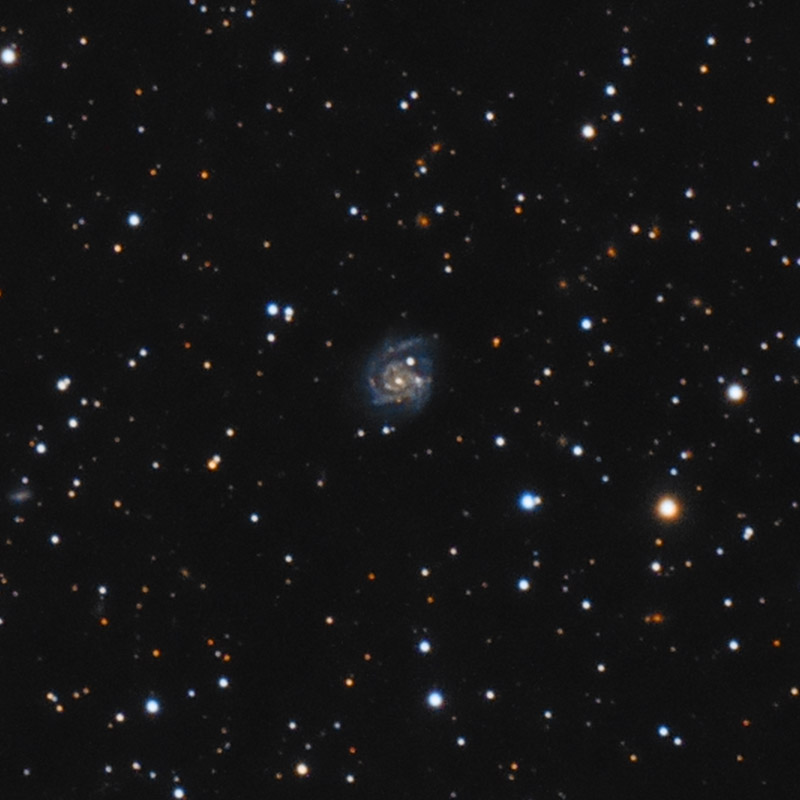