NGC 6934 is a rather distant globular cluster in Delphinus about 50,000 light-years from us and 42,000 light-years from the core of the galaxy so it is near the edge if the old 100,000 light-year diameter is used. A drizzle of stars have been detected further out making its diameter about 200,000 light-years but if viewed from afar that faint halo would be hard to detect. Many galaxies would appear much larger in super deep images like what would be needed to show our extended disk. So for most purposes, the older diameter seems reasonable though maybe 125,000 would be a better estimate. Hard to tell from the inside looking out.

It was discovered by William Herschel on September 24, 1785. It is in the original H400 program. My entry with my 10\" f/t at 180 to 300 power on a good night reads, \"Medium-sized globular with a suddenly bright inner core. Surrounded by a large but very faint halo. Inner core looks grainy but no clear resolution even at 300x. No resolution at all to the outer halo.\" This lack of resolution to the edge is odd as usually if a globular is grainy in the center the edges show a few stars. Not this one it would appear.

Thanks to the power of a CCD it can be easily resolved from the outer edge to the very core. As I remember my film image of this one the core was an overexposed blob but the edges showed some stars. The CCD blows film images of this one away. At least for me.

The night was much better than normal when this was taken allowing me to take and display this one at my full resolution of 0.5\" per pixel. A very rare occurrence. Unfortunately, it is getting even rarer as the weather here is slowly getting worse. Global warming to blame or just a long-term trend that will reverse if I live long enough? 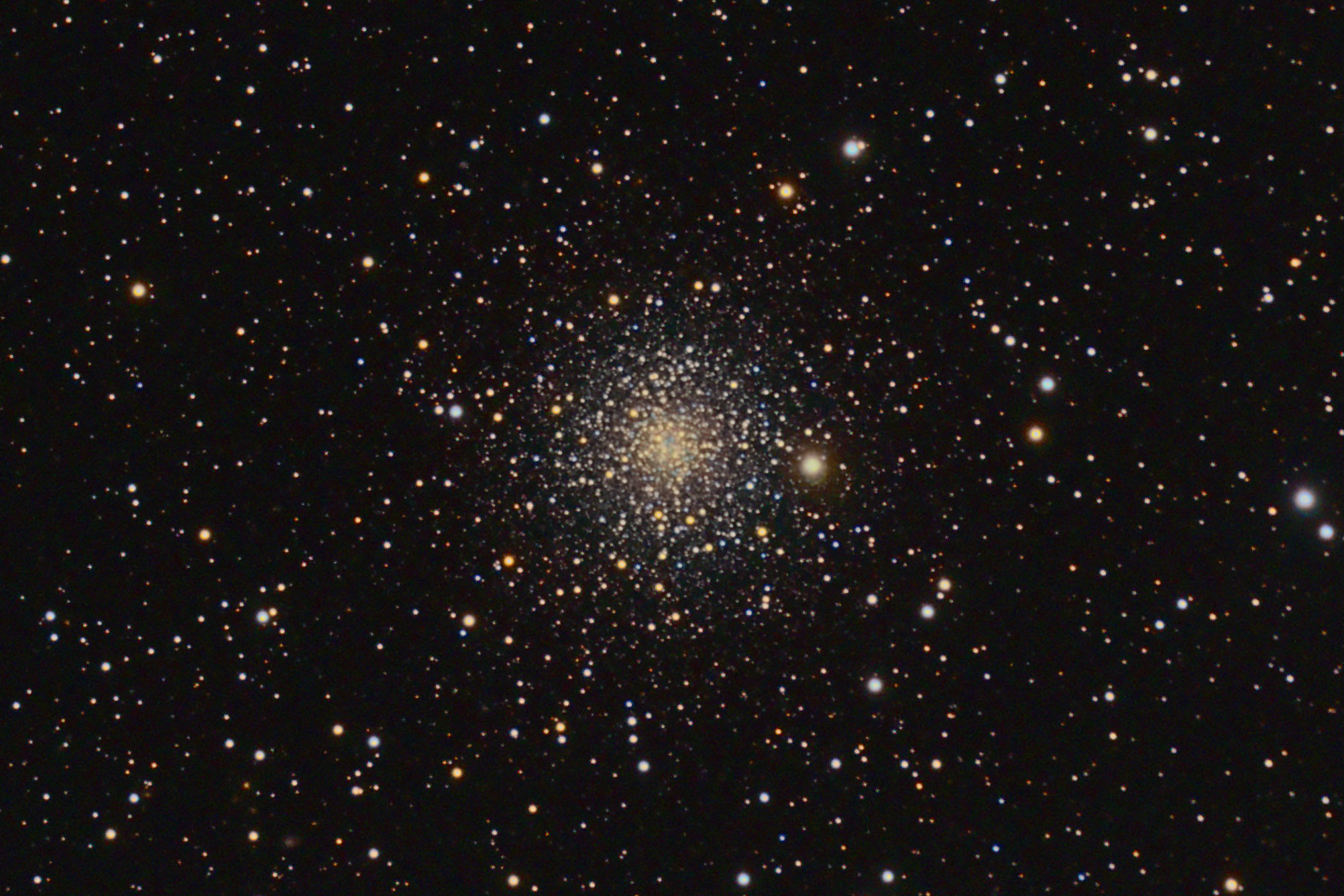