NGC 6951 is a nice spiral galaxy seen through a veil of galactic cirrus often called IFN for integrated flux nebula. It is dust out of the plane of our galaxy being illuminated and caused to glow by the integrated light of our galaxy rather than one star it is lit by billions of stars. It is very faint and wasn\'t all that well known until recently. While a few brighter patches carry common names, usually for what they look like, most is unnamed as is the case with the IFN haze across this image of NGC 6951. Many images of it either didn\'t catch the IFN or it was processed out. I almost did the latter thinking bad flats were to blame until I found a few images showing the IFN. My exposure time is way too short to show it very well, unfortunately

NGC 6951 also known as NGC 6952. It is located in western Cepheus. Redshift puts it at 58 million light-years away but non-redshift measurements say 75 million light-years. Various sources site one or the other but I can\'t find any better distance for it. It was discovered by Jérôme Coggia in 1877, actual date unknown. That resulted in the NGC 6952 entry. Then NGC 6851 was discovered by Lewis Swift a year later. Again no precise date is known.

It is classified as SAB(rs)bc; LINER Sy2. Being a nearby Seyfert 2 core galaxy it is much studied. Though none seem to find the two straight dust lanes leading to the \"top\" and \"bottom\" of the core odd. Usually, the dust lanes down the bar of a barred galaxy are in the center of the bar and go directly in toward the center of the core not tangent to it as these are. I only know of one other galaxy with this type bar structure, NGC 1097. It is at 30 degrees south declination so I can\'t image it. Just that I see the dust lanes in the POSS I blue plate. They appear much weaker than in NGC 6951.

The image is a reprocessed version from 2008 data starting with the 16 bit TIFF file as the raw data is on drives in the fire safe in the basement or safe deposit box and not easily available. I really need to start from scratch to better bring out the IFN. 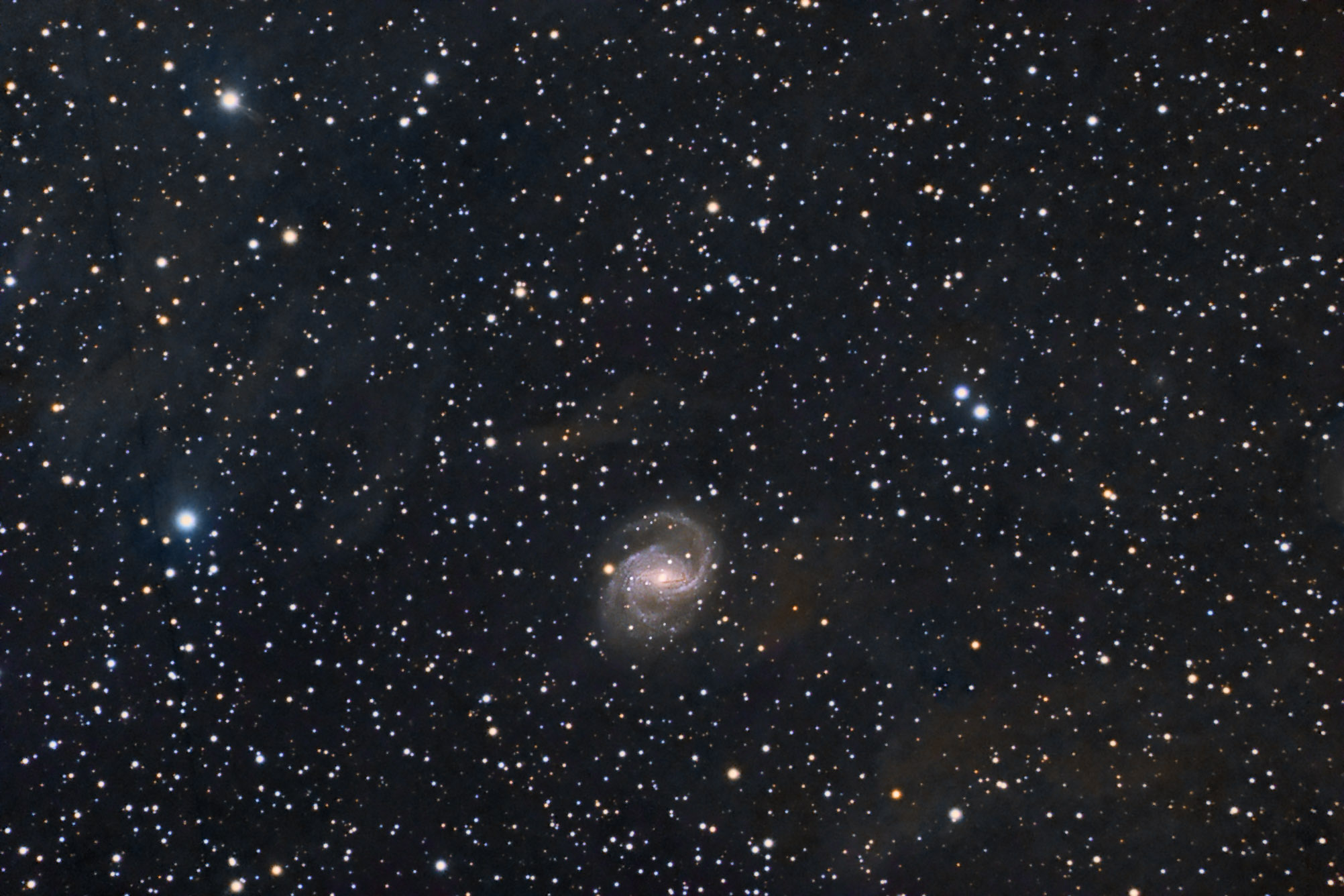