NGC 6956 was discovered by William Herschel on October 19, 1784 though it isn\'t in either Herschel 400 observing list. It is classified as SBb. It\'s two arms are quite unsymmetrical. It appears to have many star clusters along is arms. It is quite large at about 90,000 light-years in diameter.

UGC 11620 is classified as Sb. It appears to be a red spiral indicating star formation has mostly ended for this galaxy. UGC 11623 is classified as SB(r)a. All have redshift values that indicate these are the same distance and thus a related group.

The field is in the Zone of Avoidance\" so poorly studied. All objects NED lists as galaxies are shown in the annotated image. Obviously, there are many more galaxies in the image. Some of these are listed as UvS objects (Ultraviolet sources) rather than galaxies. The position of these is approximate. Most NED lists are just stars. Within a 20 minute radius of NGC 6956 NED lists over 1000 UvS objects. I didn\'t bother to annotate those that are galaxies. Sorting out stars from galaxies would take many hours I don\'t have to spare. 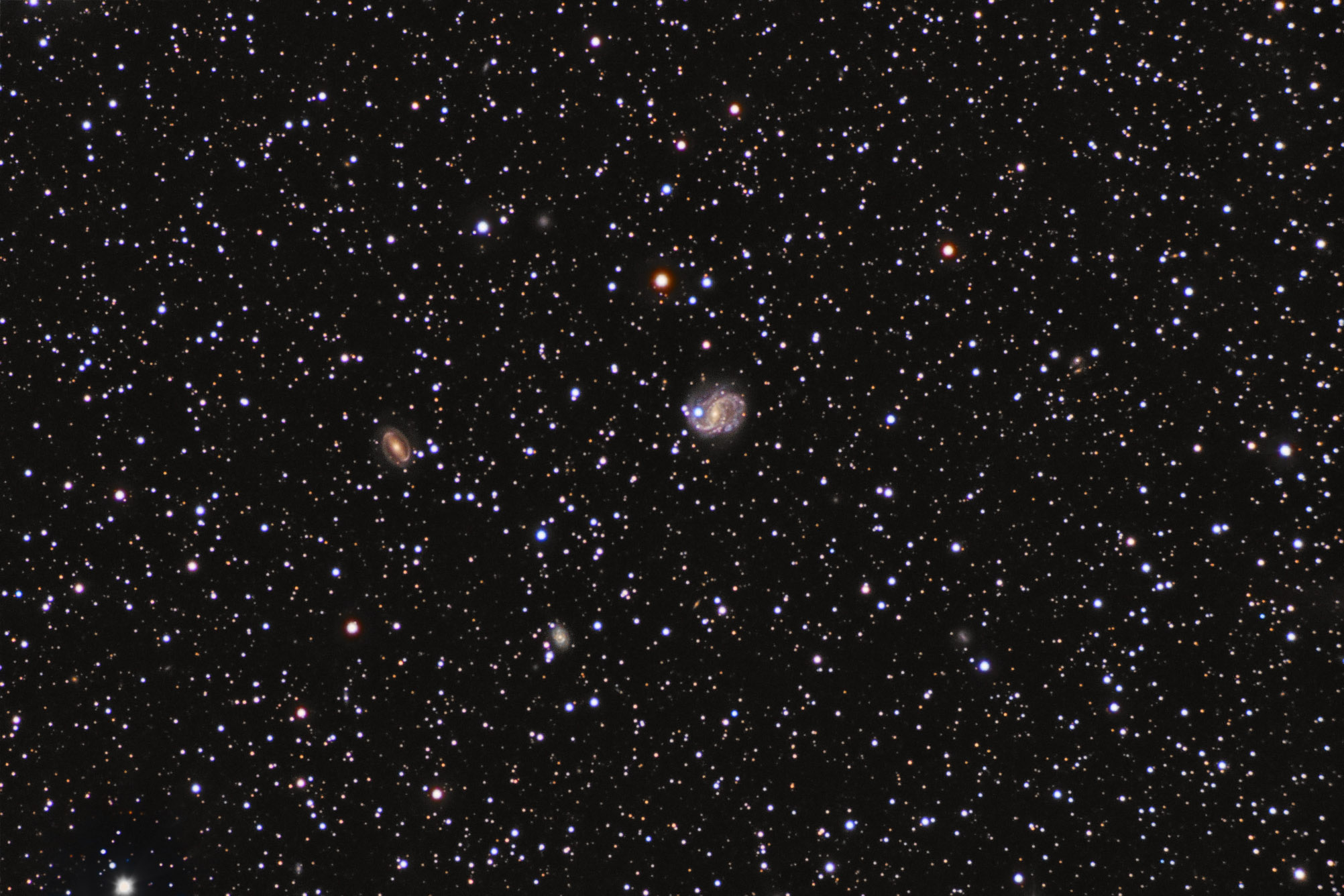 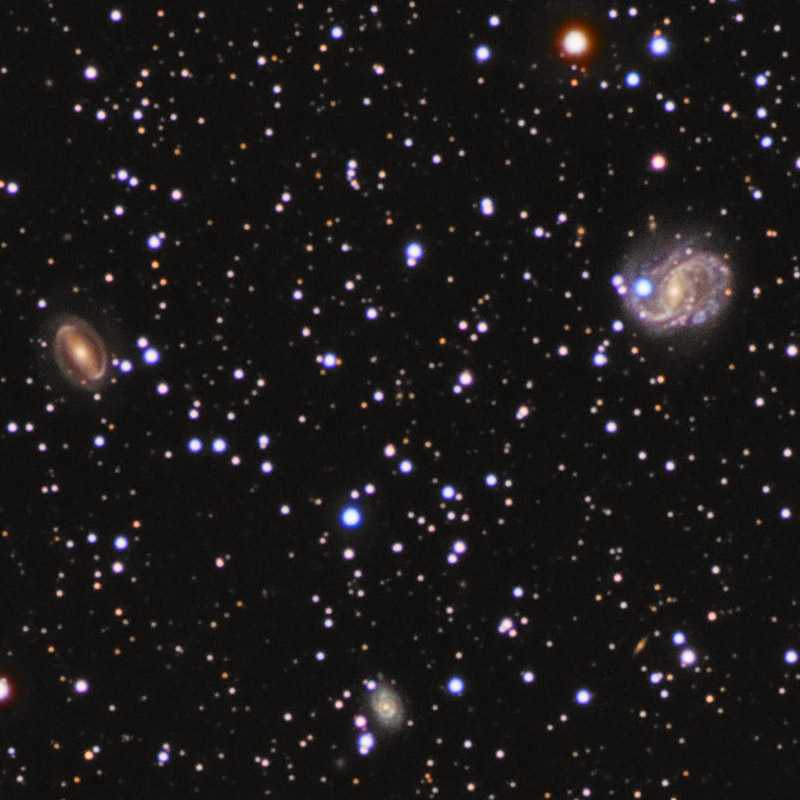 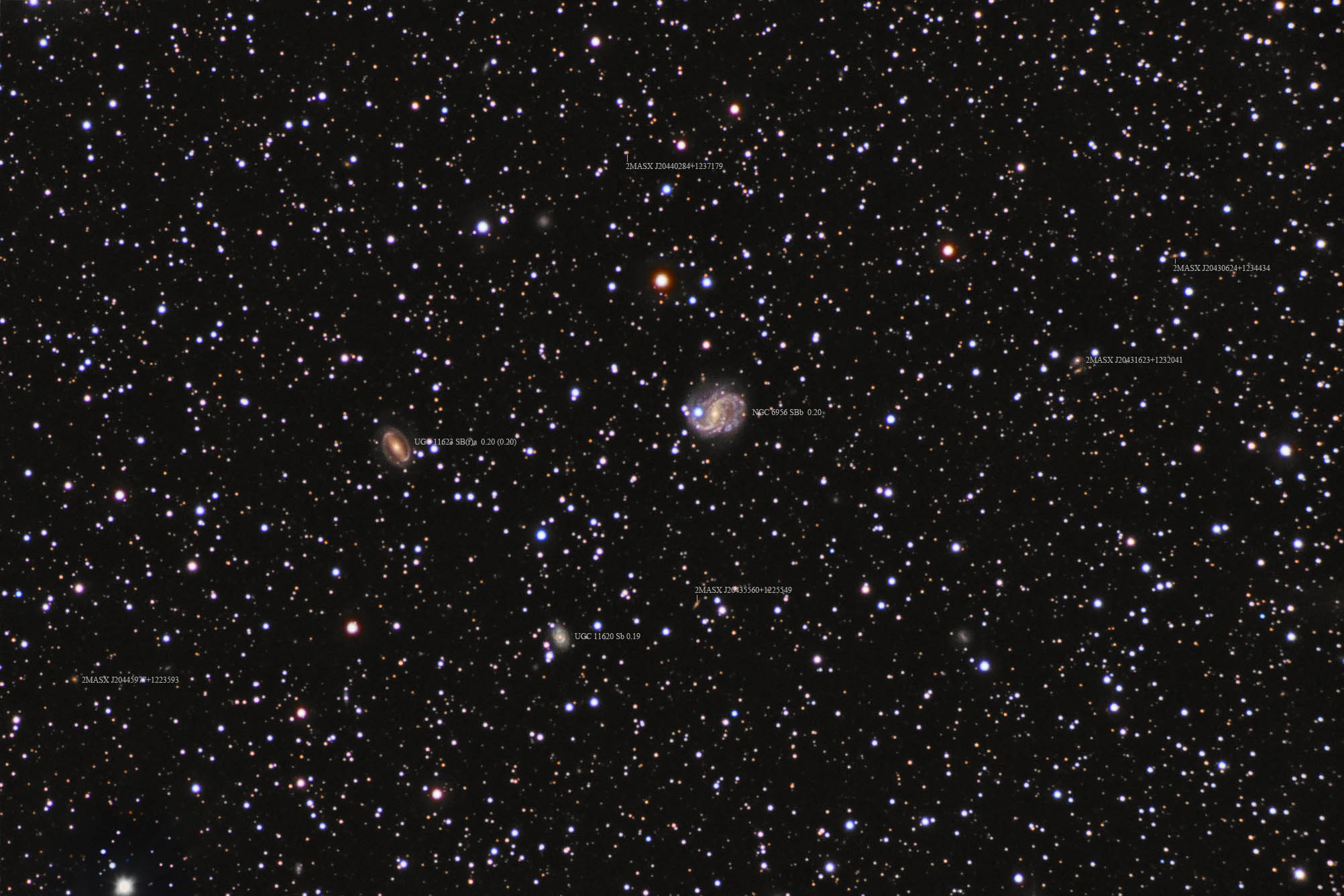