NGC 6960 is part of the Cygnus Loop. The loop is a shock wave created by a supernova thousands of years ago. For such a well-known object you\'d think we\'d have a good idea of its age, size, and distance. Maybe we do or maybe not. When I first got into astronomy in the early 1950s it was thought to be some 100,000 years old. Over the years it has gotten younger and younger. Latest estimates put its age at only 8,000 to 10,000 years. As it got younger it got smaller. It was thought to be over 1000 light-years across when I first read about it over 60 years ago. Now it is down to 90 light-years across. Maybe we should call it the incredibly shrinking nebula. With the reduction in size and age, it has gotten closer and closer. The latest distance I found was just under 1500 light-years.

None of this detracts from its beauty. As the shockwave travels through space it creates a huge bubble now estimated at about 90 light-years in size. The shockwave ionizes hydrogen and oxygen gas causing it to emit light where its density and the energy of the shockwave is sufficient. Hydrogen is responsible for the red and a portion of the blue. Most of the blue (more cyan) is due to the Hydrogen. Thus in visible light, we see only parts of the bubble as portions are too thin or not getting enough energy to emit light. The western edge is NGC 6960, only part of which fit in my frame. This portion is sometimes called \"The Witch\'s Broom\". It was discovered by William Herschel on September 7, 1784. It is in the second H400 program. The entire bubble is over 3 degrees across and carries many NGC numbers or other names. Some small detached pieces have no catalog entries that I could find. One of which I simply labeled \"Veil_Segment\" as I found no name for it.

This was one of my very first color images and it shows. Neither my technique nor processing was very good back then. Compare this to my NGC6995 entry taken and processed years later. Most images you will find of the various pieces of this supernova remnant are taken using filters that isolate hydrogen and oxygen emission lines. I didn\'t do that as this one is so \"bright\" it isn\'t necessary. Also, narrowband imaging pretty well ignores background galaxies. While few are seen in this segment other, like the NGC6995 image show several missed by the typical image of this bubble. 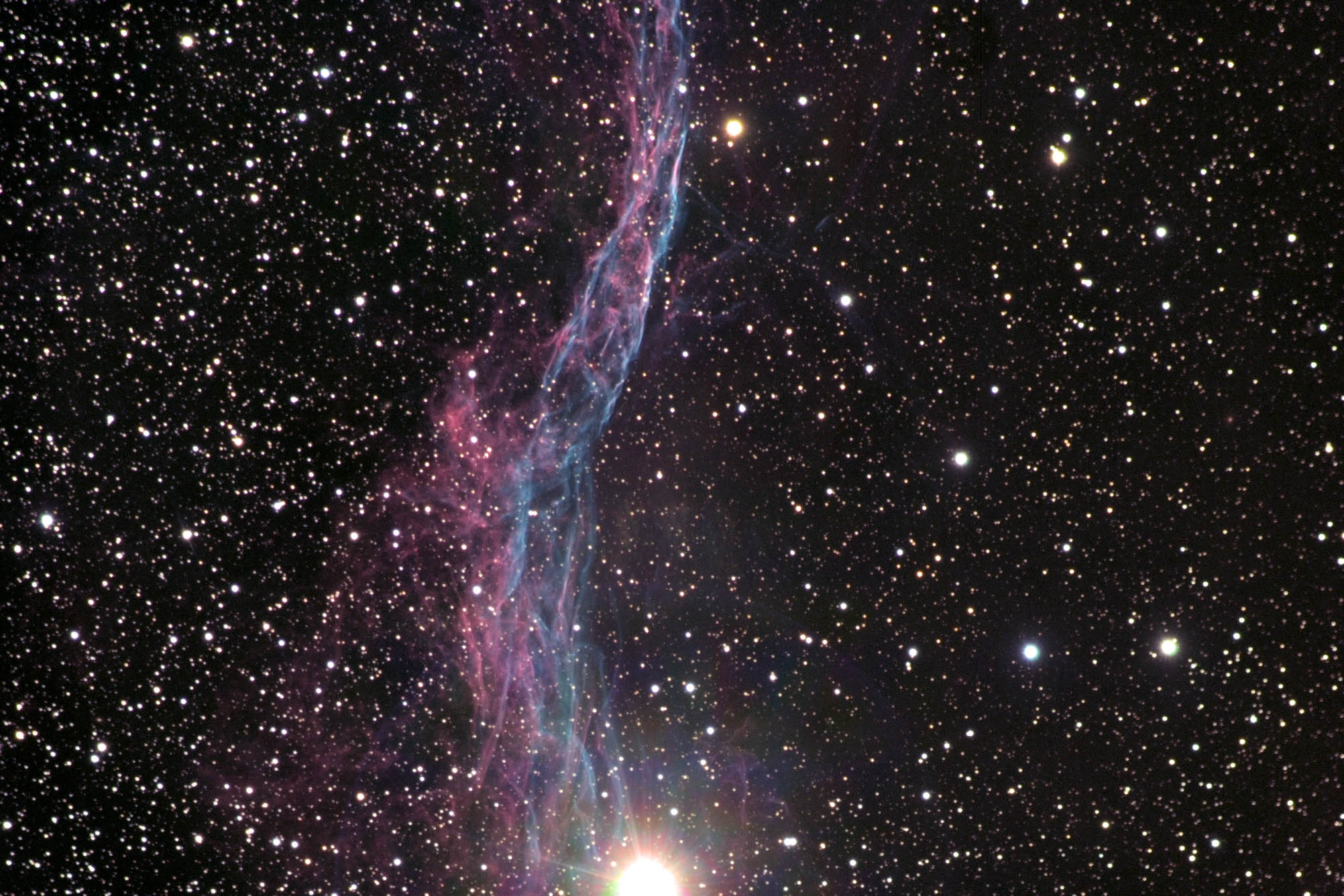