NGC 6962 is a nice barred spiral that anchors the NGC 6962 galaxy group. It is classed as SAB(r)ab. Oddly the NGC project classifies it as Sa. They apparently don\'t see the bar and ring structures I see. Arms seem a bit wide for the class so I\'ll have to go with the NED classification. The arms seem a bit unusual for either barred or spiral class to me. It certainly has a rather low surface brightness and the arms have only a hint of blue color being more white than seen in most galaxies of its type. The bar creates a ring. The outer arms seem to form out of nowhere not being attached to the bar or ring. Considering NGC 6964 right next to it and the odd ring structure I\'m surprised Arp didn\'t put it in his catalog at least under the pair of galaxies classification.

The distance to the group is likely between 180 and 200 million light years. The latter figure is based on a type 1A supernova that was seen in NGC 6962 in 2002. The former on redshift and Tully-Fisher estimates.

There are quite a few NGC galaxies in the group. The larger galaxies are all members of the group. While some of the near star-like ones are dwarf members of the group, others are galaxies billions of light years distant. You need a scorecard to keep track. So I prepared an annotated image of those galaxies for which NED had redshift data. Those that are members of the group or at least have a redshift that fits within about 30% I identified by catalog entry name. A few \"larger\" ones had no redshift data. In those cases, I put a question mark after the name. For the many far more distant galaxies I only noted the redshift distance (5 year WMAP light travel time distance at NED) in billions of light years. The field contains a number of quasars. Some closer than some of the galaxies yet no galaxy is seen, just the quasar. Their host galaxy must be rather dim by comparison. But that\'s normal for quasars I suppose. \"G\" or \"Q\" before the distance identifies which they are. The label is immediately right of the object when possible. When not possible or the identification is ambiguous I drew a line from the distance to the object. 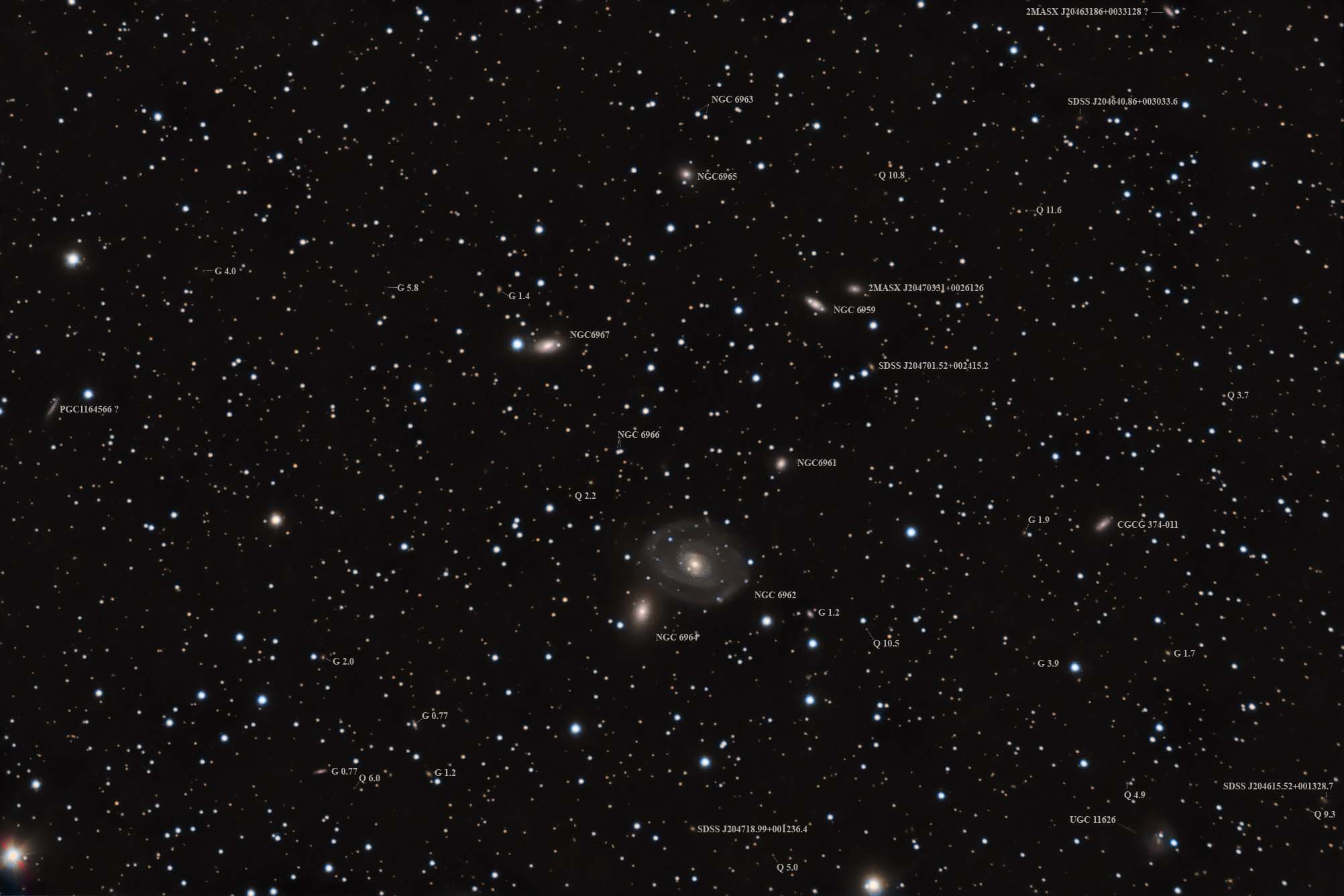 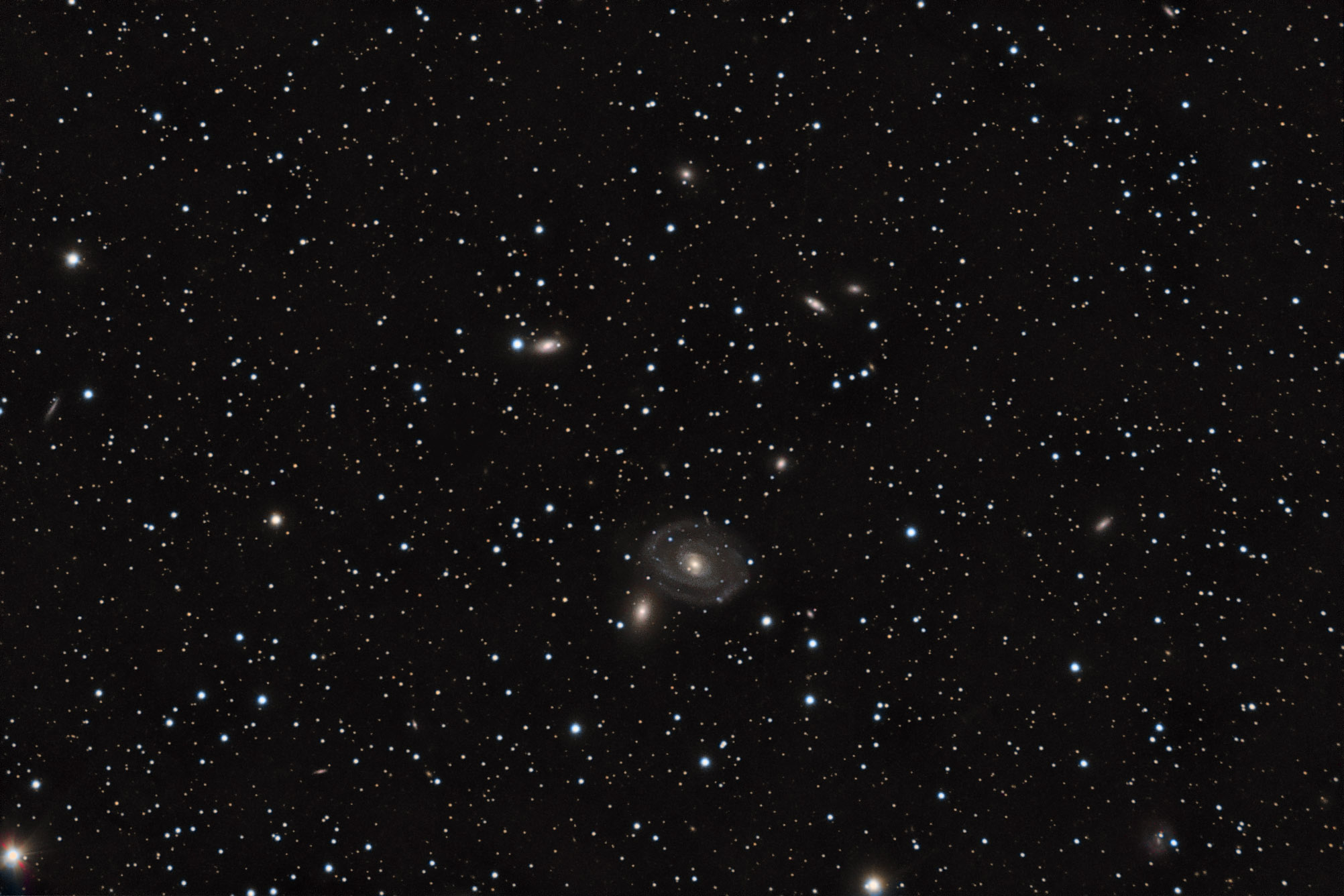 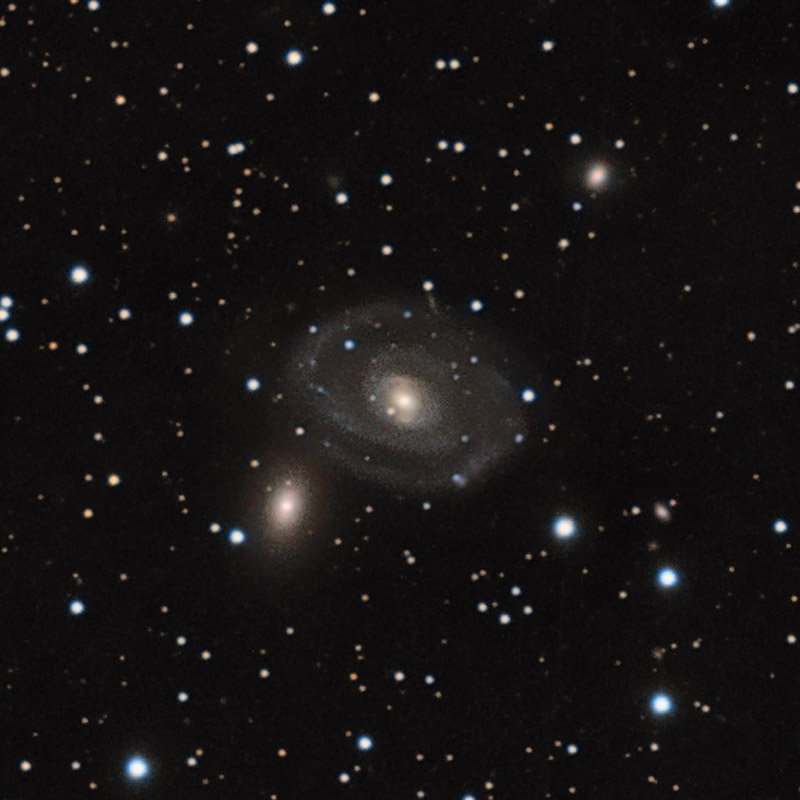