NGC 6985 and NGC 6985A are a pair of peculiar galaxies in southwestern Aquarius 2.5 degrees northwest of M72. It is a quarter of a billion light-years distant. While the pair are at about the same redshift I can\'t find anything on whether they are interacting or not. NGC 6985 is classified as SB:(s)a: pec. The colons are about the same as question marks in that they note there\'s some debate about it being a barred spiral and it being a class a spiral which refers to how tightly the arms are wrapped. It is also a very red spiral. Its companion is shown as IB(s)m: pec. Considering most irregular galaxies are strange I don\'t know what it takes to make one peculiar. In any case, they do make a strange pair. It was discovered by Francis Leavenworth on June 11, 1886.

The rest of the field has nothing with redshift data and very few of its galaxies even listed in NED. All that are shown in the annotated image. Normally I\'d not annotate an image with so little in it but it has four asteroids, 3 of which are very faint. They show how poor the night was. Note the trail of the brightest just northeast of NGC 6985. At magnitude 17.8 it should be much brighter with the color images strong enough to color the background but it is very faint with a somewhat broken trail of varying brightness due to the constantly changing transparency this night. Makes me wonder how much of these galaxies, especially NGC 6985A was lost to the poor skies. 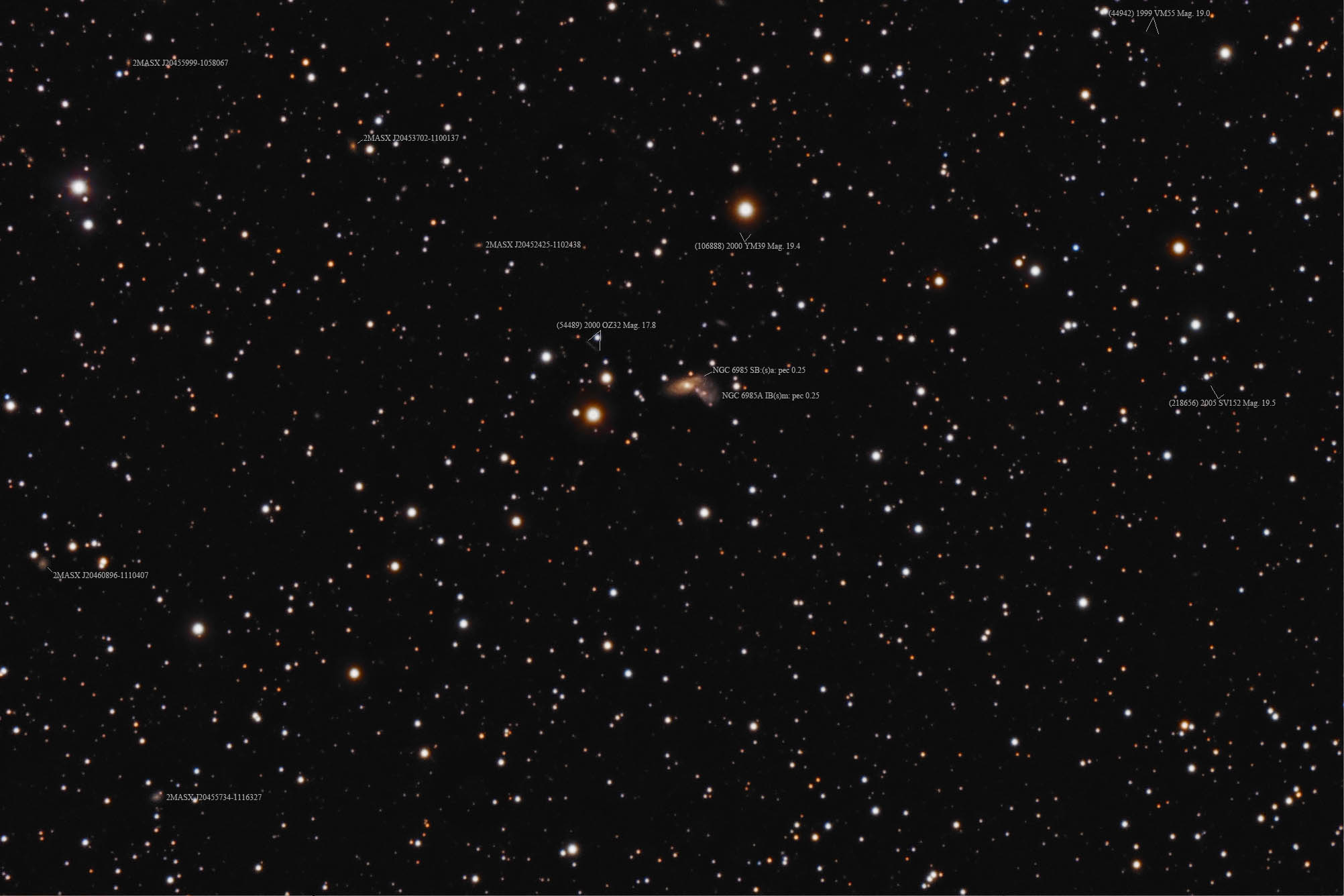 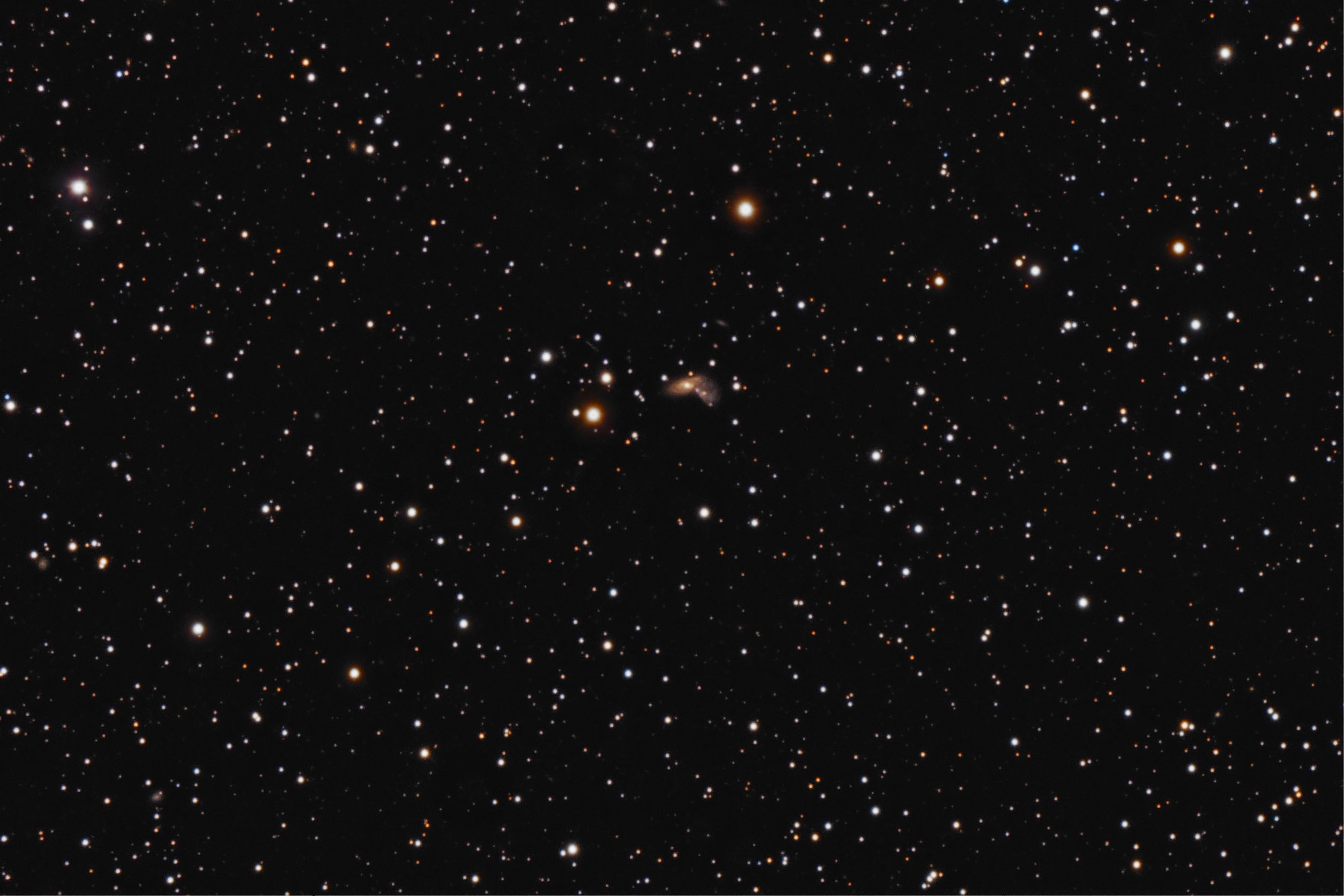 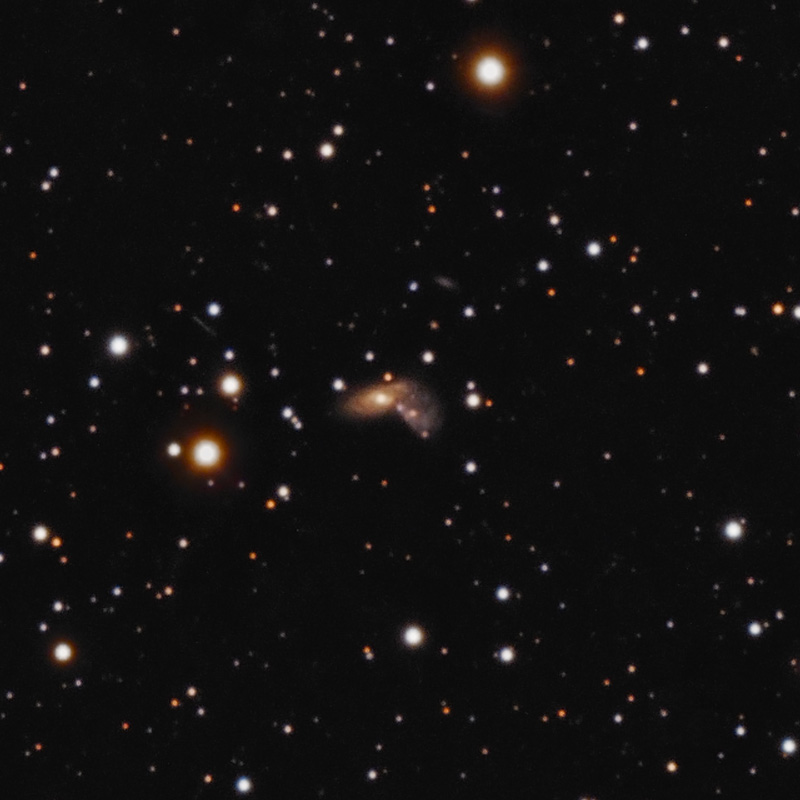