IC 5076 is a reflection nebula seen against a large open cluster known as NGC 6991. The problem is there are two clusters with the NGC 6991 designation. Both are in my image. William Herschel described the cluster as the one in the center around which is the reflection nebula IC 5076 which is illuminated by the 6th magnitude star. I can\'t determine if that star is related to the cluster or not. John Herschel, William\'s son described a cluster seen to the lower right of the nebula. Yet others consider NGC 6991 to not only be both clusters but a much larger region of bright stars centered up and to the right of the nebula. WEBDA agrees to the latter while Seligman says it is the cluster just to the southwest of the nebula. And you thought astronomy was an exact science. In any case, my target is the reflection nebula. That object\'s location isn\'t up for debate. The nebula was not noted by either Herschel. I\'ve seen no common name for this nebula. I could find only a very few images of it on the net. It is located in Cygnus, a constellation that is full of emission nebula but only a very few reflection nebulae.

IC 5076 was discovered by Isaac Roberts on September 13, 1895. He was an English astronomer working at his private observatory with a 20\" reflector. He used photography to find 35 IC objects, 34 of which were new.

The discovery of NGC 6991 is not known very well. If you mean the cluster to the southwest of the nebula then it was found by William Herschel on September 27, 1788. If you mean the cluster around the nebula it thought John Herschel was the discoverer but no date is known. It was much later that the entire area (larger than my image) was first considered as the cluster. WEBDA sees it as about 45 minutes in Right Ascension and in declination. They claim it is about 2,300 light-years distant and 1.3 billion years old. They give a reddening value of zero which likely means undetermined.

This is a reprocess of a 2008 image starting from the TIFF file rather than raw data as that wasn\'t easily available being on a drive in a fire safe in the basement and at a bank\'s safe deposit box. Getting to the safe is difficult as it is in a compartment under the stairs where my back doesn\'t like to go. 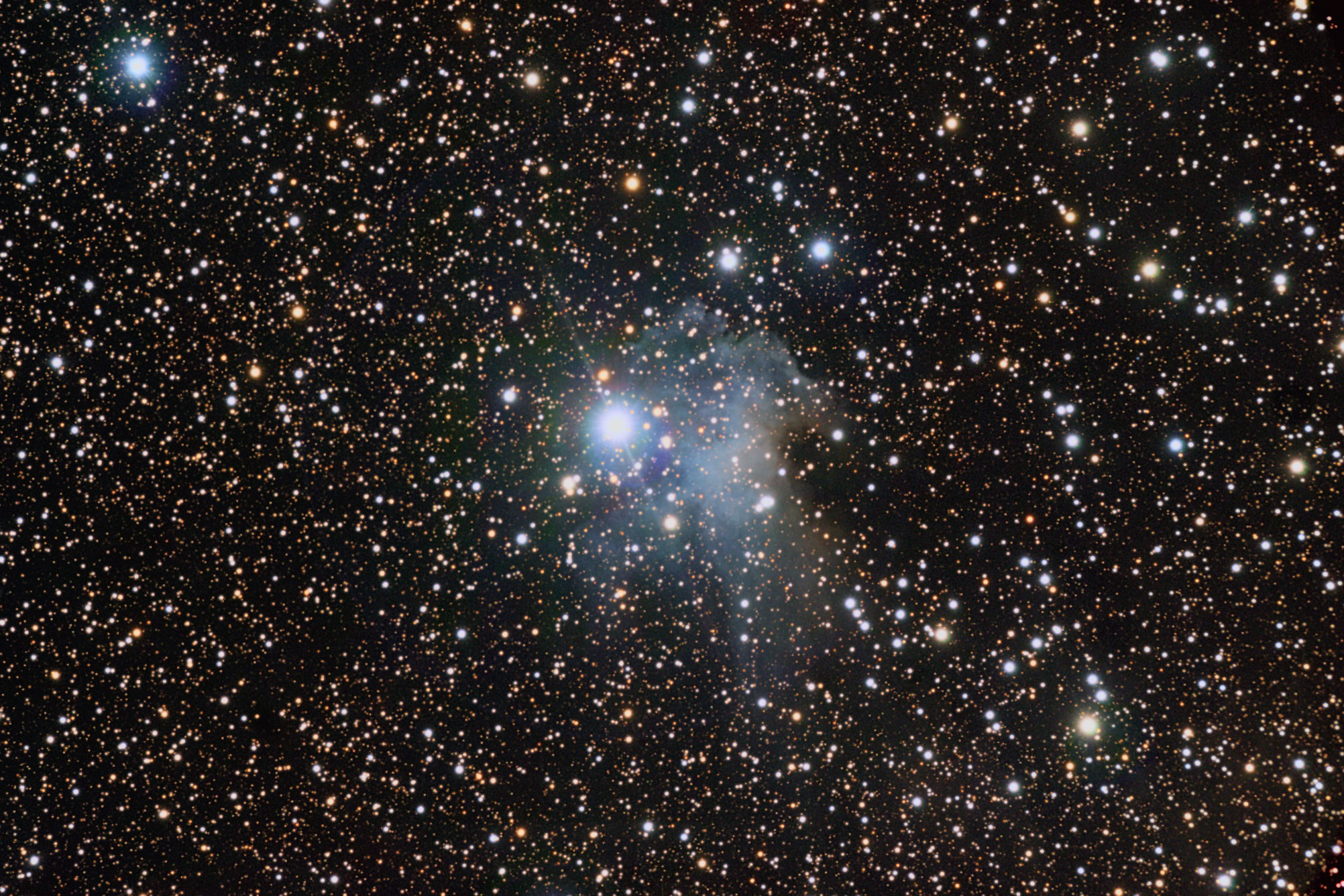