NGC 7044 is an open cluster in Cygnus not far from the famous North American Nebula. It was discovered by William Herschel on October 17, 1786. It is in the original Herschel 400 object list. My log from June 14, 1985 on a fair but humid night using my 10\" f/5 at 180x reads: \"Small, very faint, irregular puff of an open star cluster at 60x. At 180x three stars resolved with averted vision. Difficult to tell this is an open cluster. Not a winner.\" I wonder how much the humidity was bothering transparency. I\'ve never looked at it since as far as I can determine.

I couldn\'t find any authoritative distance for the cluster. WEBDA puts its distance as a bit over 10,000 light-years. One paper puts the age of the cluster as 1.04 to 1.2 billion years. Its lack of massive blue stars would support this age determination. Open clusters tend to be ripped apart by tidal forces before they get this old. This one apparently has sufficient mass to avoid being ripped to pieces.
http://cds.aanda.org/index.php?Itemid=129&option=com_article&access=bibcode&bibcode=2004A%25252526A...414..163S

Located in the Milky Way it is seen against a dense star field. Being near the North American and Pelican Nebula complex there is some faint H alpha across the image. It was pretty featureless and reduced contrast to the cluster. I processed the image to ignore this background as it added nothing but a noisy faint red glow. With a lot more time and filtered H alpha data, it might work to show it. I decided it was better if suppressed in my limited exposure time image. 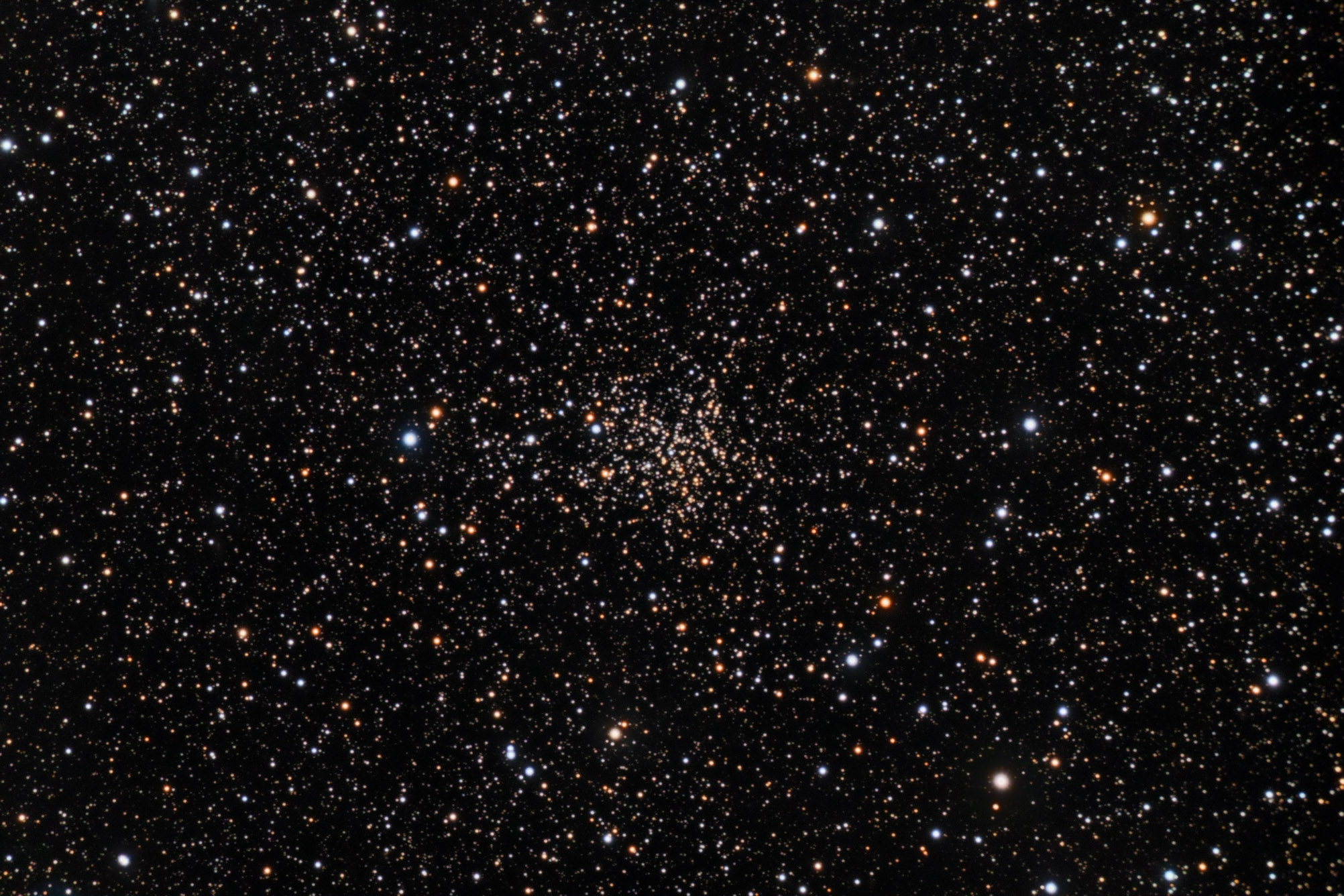