NGC 7048 is a rather nice planetary nebula in Cygnus about half way between M39 and the North American Nebula that I\'ve managed to avoid imaging until late September 2011. I find several distance estimates for it indicating how hard it is to determine the distances to these objects. The closest puts it at 1900 light-years away. The most distant says 8800 light-years while the newest I could find (2004) says 4900 light-years. Flip your three sided coin for the answer. The stars seen against the nebula are all foreground or background stars except for the faint blue central star whose UV light is causing the gasses, expelled a few thousand years ago by the dying star, to glow. It has a surprising amount of detail in it that, thanks to better than normal seeing, I was able to bring out. In fact, seeing was so good I should have imaged it at 0.5\" per pixel instead of my standard 1\" per pixel but since I was sound asleep while the computer took the data I didn\'t realize how good the seeing had become as the night progressed.

The nebula was discovered in 1878, by Jean Marie Edouard Stephan, using a 31.5-inch reflector. At magnitude 12.1 and about a minute of arc across it isn\'t a really bright planetary but should be visible in an 8\" scope under reasonably dark skies.

One source called it the Ornament Nebula. I\'d not heard that name before. It does sort of fit if you like amorphous colored Christmas tree balls I suppose. Another imager suggested \"Alien Nebula\" as he thought he saw a face in it.

Due to all the stars, the file size is rather large at nearly 800K. It\'s worth looking at the full image as to the upper right is the reflection nebula (SIMBAD\'s description) GN 21.11.4. It is weird in that it isn\'t mostly around its illuminating star but mostly to one side of it. Also, it isn\'t blue but a color that to me appears a mix of H alpha and the color of the illuminating star. However, if the illuminating star is the one in its lower edge it wouldn\'t have the UV light needed to create H alpha emission. So the H alpha is likely an illusion. Also, it has a very dark, but not black hole in it. This appears to me due to barely illuminated dust rather than a true hole in the nebula. A similarly colored nebula surrounds a nearby star to the northeast. I found no separate designation for it in SIMBAD. I\'ve included these in the enlarged, cropped image. 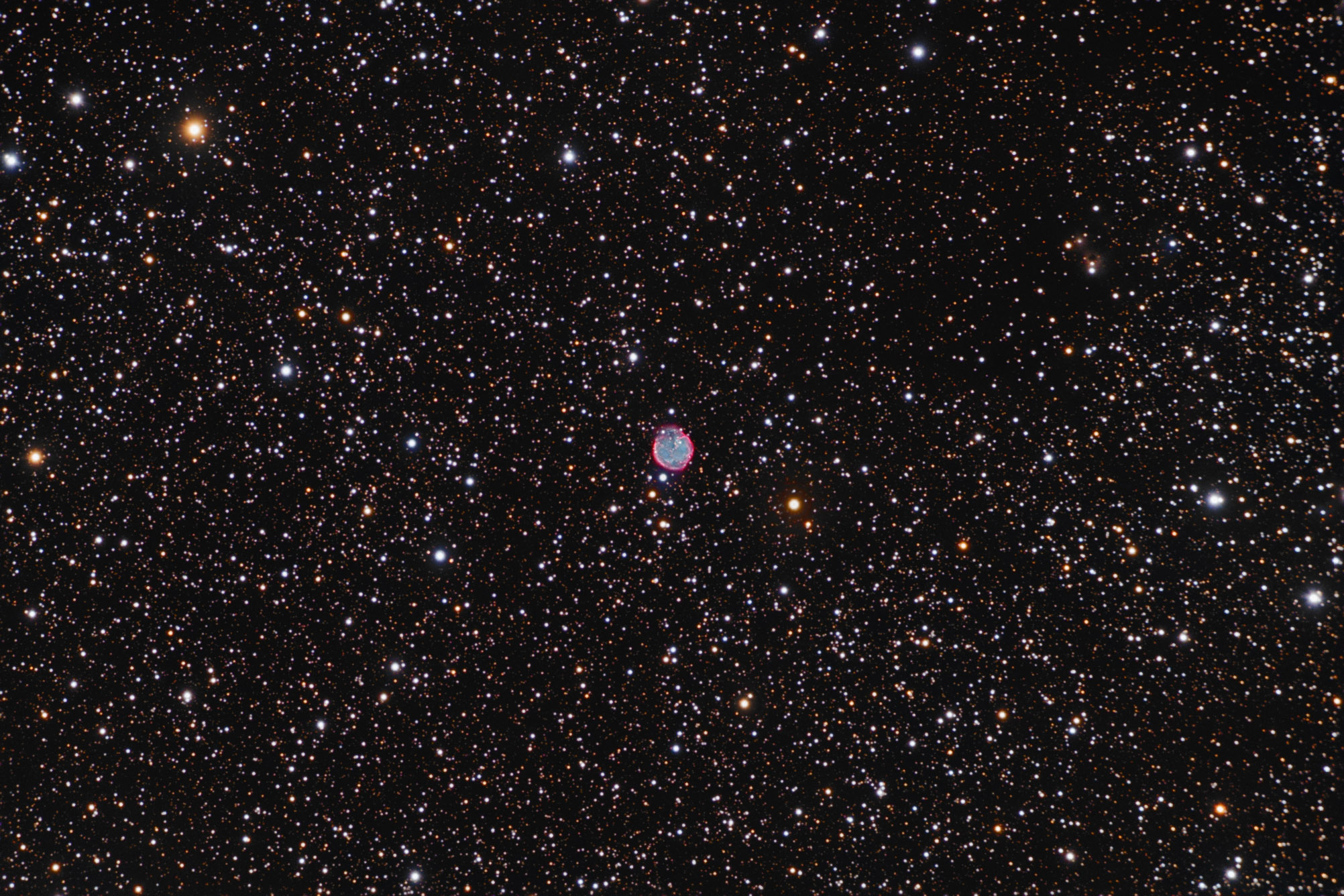 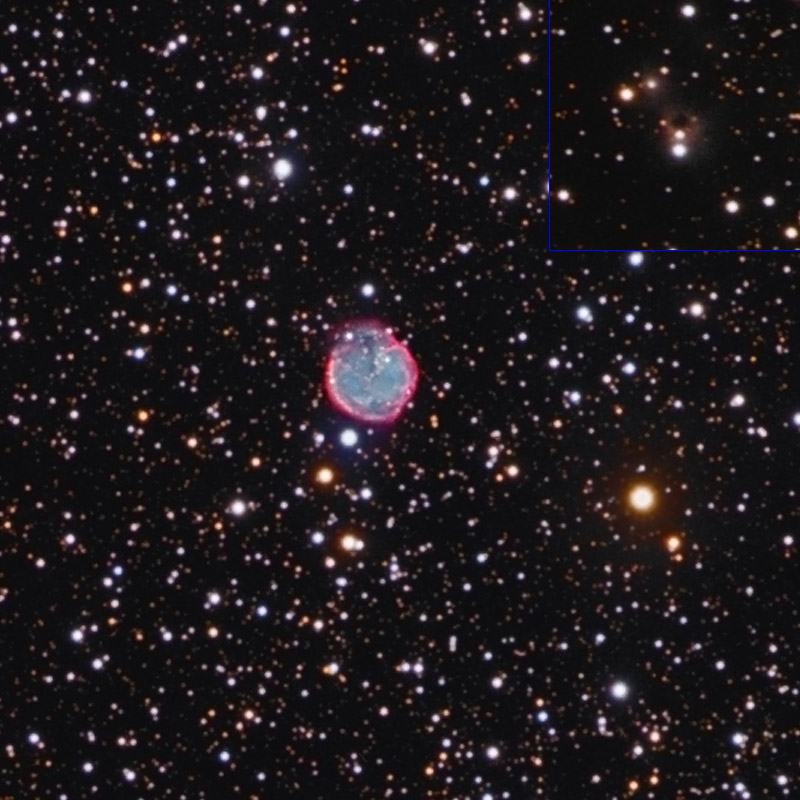