NGC 7067 is an open cluster in Cygnus about 1.3 degrees west of M39. It was discovered by William Herschel on September 27, 1788. It is in the second H400 program. Dreyer\'s description says: \"A cluster, poor, nebulous?\" I think we can rule out the nebulous part. Its position is rather odd. I\'ve centered the cropped image on the position most catalogs give. That seemed odd as the main group of stars lies about 100 seconds of arc west of the position. A very recent paper, December 17, 2016 identified 139 likely cluster members. The position they got matches the main star group rather than the position to the east. Was that influenced by the bright blue star further east? If so according to the paper it is not a cluster member. You can find the preprint of the paper here. https://arxiv.org/pdf/1612.05181.pdf

WEBDA gives an age for the cluster of 100 million years, making it quite young and lists a distance of about 12,000 light-years. The paper, however, disagrees with putting the cluster a bit more distant. They used two different measurements. One gives a distance of 14,300 light-years with an error bar of +- 1,300 light-years. The other gives a distance of 13,000 light-years +- 2,600 light-years so includes the other distance estimate. Moving the cluster a bit further away has a rather profound effect on its age. By the original 12,000 light-year distance, WEBDA and other put the age at the 100 million year mark I mentioned. But the new paper\'s distance changes that to only 20 million years making it a very young cluster. I\'d expect some dust and gas might still be around from its formation but see none though the area is rich in non-ionized hydrogen according to other papers I read. I don\'t see this having anything to do with the cluster, however. I\'d have thought being that young, the stars would be even more vivid blue. That may be explained by WEBDA\'s estimate that its stars are reddened by 0.75 magnitudes.

Unfortunately, some very warm weather altered the collimation of my scope far more than my normal summer adjustment allowed for. The result with my scope is the right side of the image is severely out of focus. Not processing right away I didn\'t catch it so have a few more images that will have a strong issue with the side of the frame being out of focus. I have since made the correction and the current data is much better. Due to this and the lack of detail in the image other than stars I\'ve reproduced the full image at only 1.5\" per pixel though the cropped image is at my usual full frame 1\" per pixel image scale. 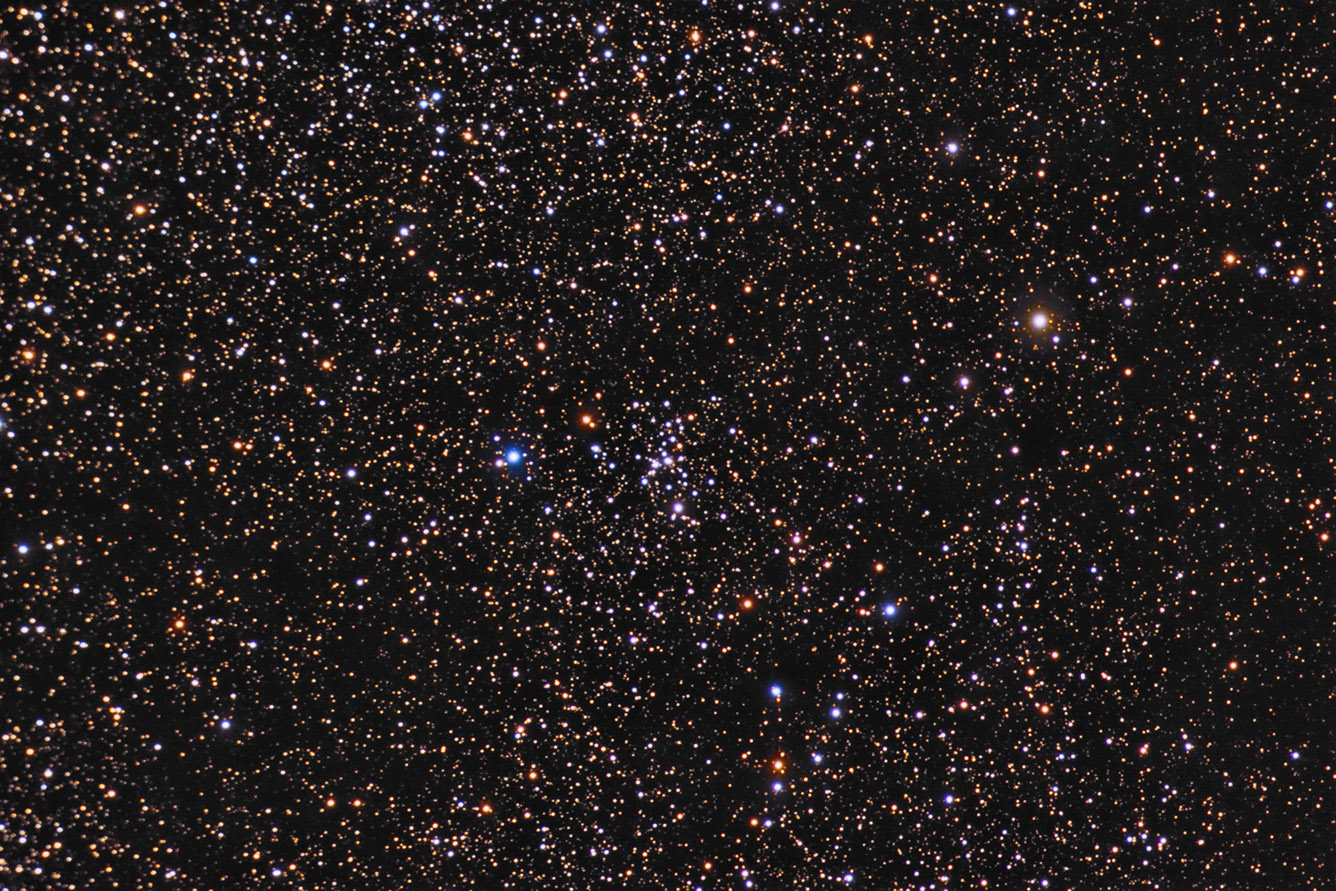 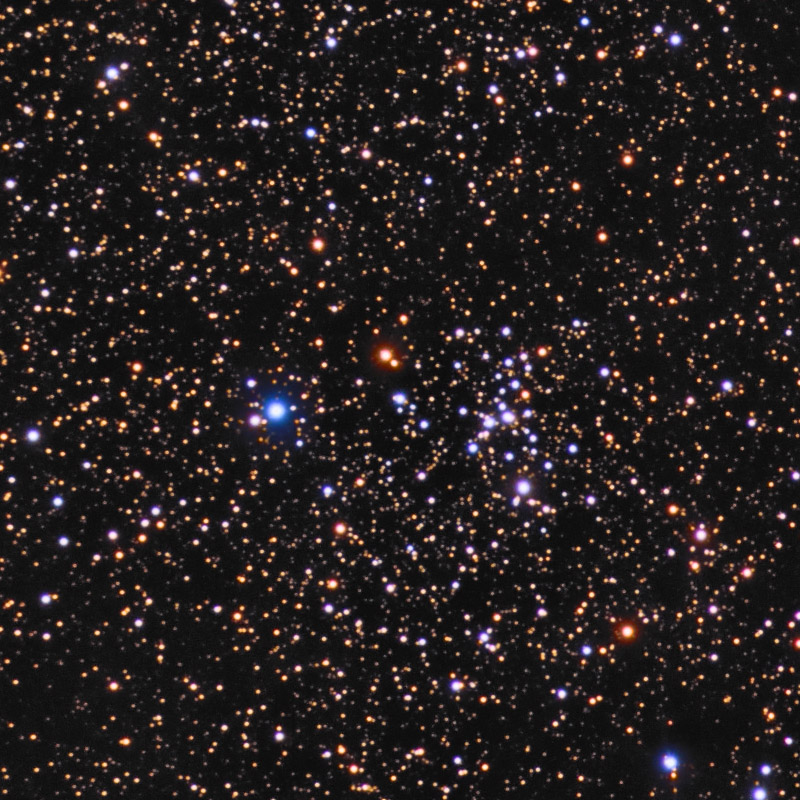