NGC 7076, a planetary nebula, was discovered by William Herschel on October 15, 1794 as III 936 with a slightly wrong position. It was listed in the RNGC as a diffuse nebula. Abell rediscovered it as entry 75 in his list but didn\'t realize it was the same object as the misplaced NGC 7076. All this was corrected for the third RNGC corrections list. While a William Herschel discovery, it didn\'t make either of the Astronomical Herschel 400 observing programs. It\'s very unsymmetrical shape would indicate it is interacting with the interstellar medium which is compressing it on the leading side (east) creating the apparent shock front.

I found one distance estimate of 4,800 light-years per the Chandra Planetary Nebula Survey. If correct it\'s size is 1.5 x 1.4 light-years. However, I found another distance estimate (source unknown) of 7,100 light-years making it 50 percent larger. I prefer the first estimate as I\'d expect it to be dimmer if of the larger size. It is located in Cepheus a bit less than a degree east-northeast of Alderamin (Alpha Cephei).

While there are a few galaxies listed in NED for this field none have distance data, all are from the 2MASS survey so are identified only by their J2000 coordinates with only one having even a magnitude listed. It\'s an almost starlike 16th magnitude orange spot like dozens of anonymous galaxies in the image and not worth noting. No annotated image was made for this reason. 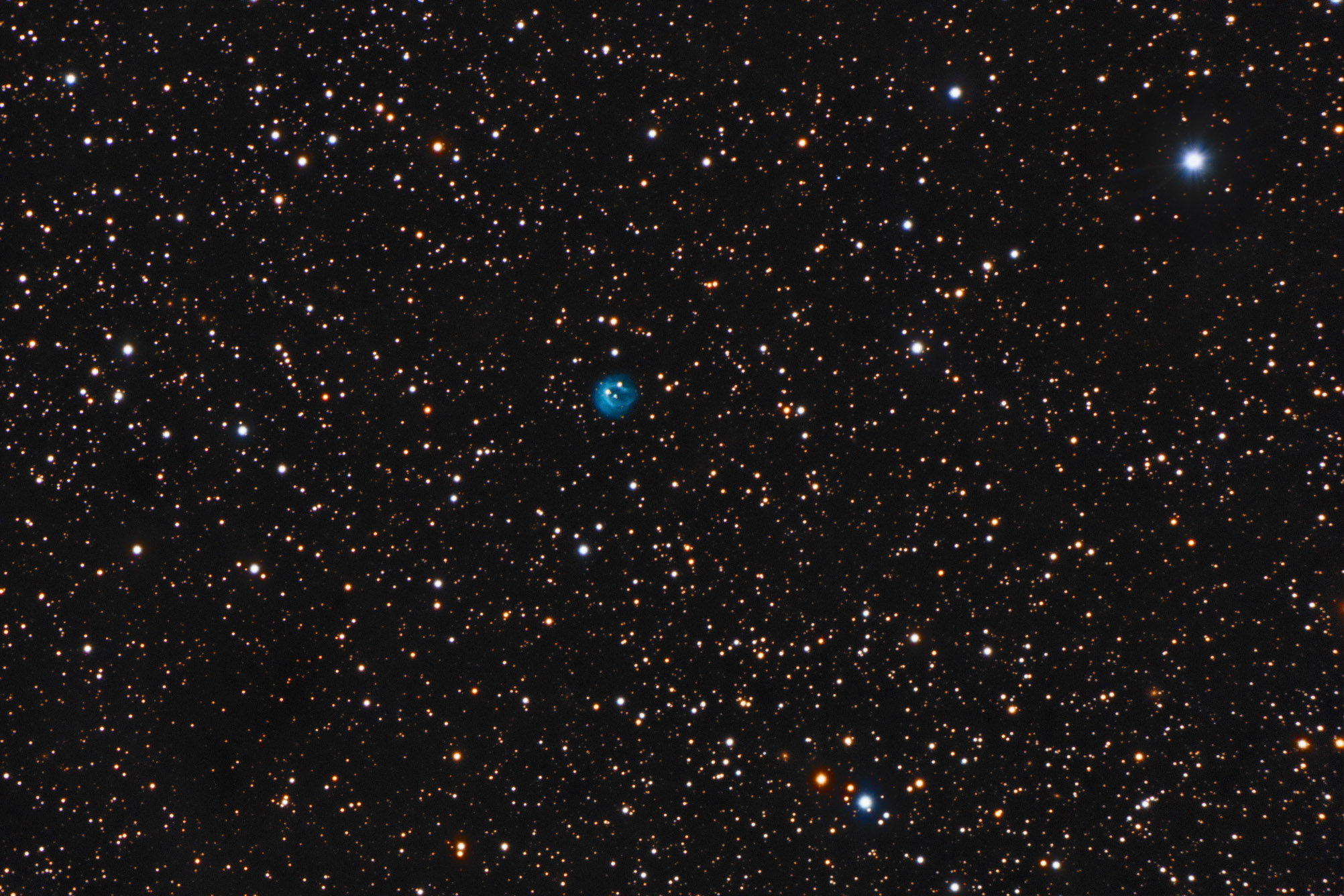 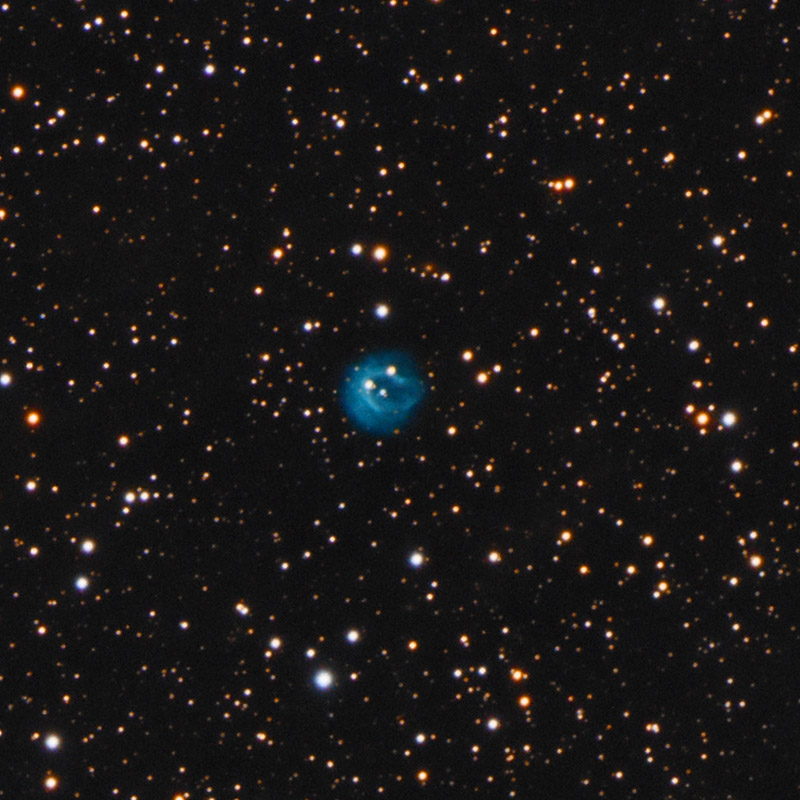